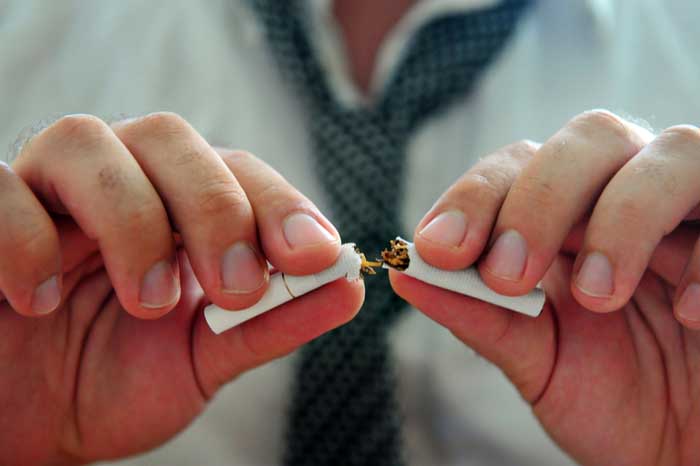 Bad habits interfere with our lives in a number of ways. They prevent you from accomplishing goals and they might annoy your friends, family, and colleagues.

We all have at least a few. Let’s be real here. Maybe you’re a smoker, a stress eater, or an extreme procrastinator.

To change these habits, you might resolve to change them. But change is easier to talk about than actually put into action. And, often, we revert back to old ways.

That got us wondering, what is it that makes an old habit die hard? And, what does it take to actually change for good?

Here, we’ll dive a little deeper into our capacity for change and whether there’s hope for us yet.

How to change a bad habit

What makes a habit?

There’s something called the habit loop. It’s the three stages that make up a habit: cue, routine, reward.

Bad habits and good habits are reinforced by this system that is inherently built into our psyche. So, with something like smoking, the cue might be boredom, which prompts you to go outside and smoke to get away from your desk. The reward comes from that little break and in the form of satisfying the nicotine craving.

Breaking a habit, means you need to set up a new loop. So — with the smoking example, it might mean purchasing nicotine gum and replacing the daily break with a short walk instead of your usual break. If it’s junk food, it may be a matter of replacing your go-to snacks with an alternative rich in protein vs. sugar.

Some say it takes three weeks to get set in your new ways, but it’s typically longer. We’re talking 60+ days. So, if you’re changing your diet or quitting smoking, you’re staring down a period of discomfort before the change feels natural.

Beyond that long adjustment, we all risk the occasional slip-up. Things like traveling, group dining situations or parties, and stress can all trigger a setback, so sticking to your goal requires some coping skills in addition to playing into the loop.

5 best apps to help you track your runs 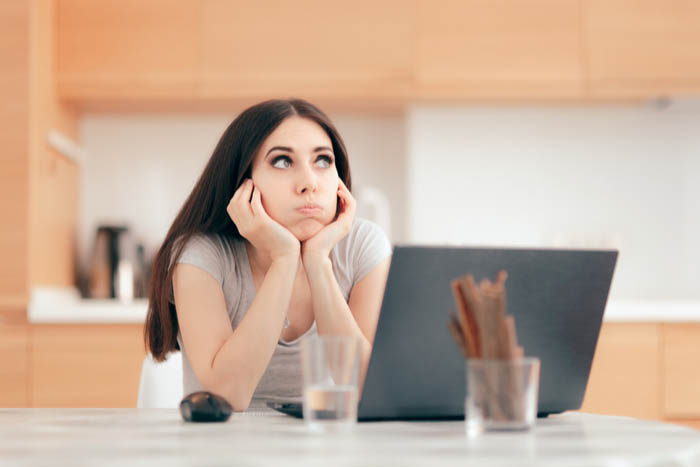 Diets, smoking, and exercise-related habits are easier to wrap your head around than trying to change things like productivity habits.

Something like procrastination is an emotional reaction, so changing that behavior requires some internal work of your own.

You’ll need to identify why you put off certain tasks. Is it because it’s hard? Are you afraid you’ll fail? Do you hate the task for some reason?

Fighting your inclination to avoid what’s hard means neutralizing negative thinking. If destructive thoughts pop into your head when you think about a project, you need to change the language. For example, saying “I can’t do this” could be replaced with “If other people can learn X, then I can, too.”

Avoid feeling overwhelmed by breaking the task into smaller bits — even write yourself instructions if that helps.

Author James Clear recommends avoiding goals as your primary motivator. While that seems counterintuitive, it makes a lot of sense. Change is more about committing to a new system rather than getting from point A to point B.

The goal mindset can cause us to look toward that milestone — which might not be sustainable, as it presents an end-date.

So, how much can we really change?

This is an interesting thing to think about. Because there are certain things about us — think personality traits or our sleep chronotypes, that tend to stick with us even as we try to fight them.

A night owl can get up early — and develop that routine, but it never feels 100% natural. Or, an introvert can practice public speaking and load up their social calendar, but those choices might not be in line with that person’s preferences.

But, we’re not fully set in stone. Research has shown that we change a lot during our teen years and in our twenties but changes slow down as we get older.

Our personalities aren’t fixed. But the“Big Five Traits” tend to stabilize when we don’t make an effort to change.  As a point of reference, they are: openness, conscientiousness, extraversion, agreeableness, and neuroticism — sometimes known as OCEAN.

According to Psychology Today, it’s possible to change parts of your personality. The thing is, the person needs to commit to that change and stick with new routines for the long term.

The study cited took place over 16 weeks, and researchers agreed that the short period was likely not enough time to change in any meaningful way. Still, the main takeaway is largely positive — showing promise that we can, little by little, turn into a better person.

How your diet can affect your productivity ►

4 great apps for tracking your nutrition ►

Best apps for tracking your vitals ►

AliExpress: How to Detect Scams and Other Useful Tips