The last game in a trilogy, Infinity Blade III continues where the last two games left off, with impressive graphics and screen-swiping swordplay. Not a great deal has changed for this third outing – the action is the same, indeed some of the enemies are the same. 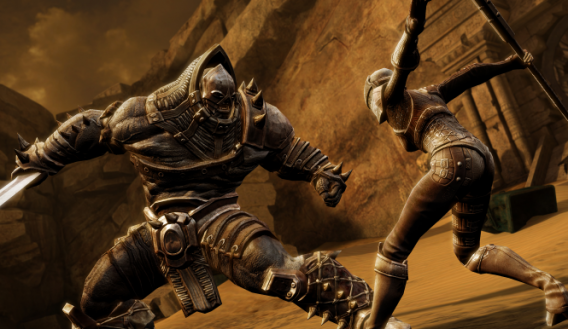 Developer Chair has set this game in 8 distinctive worlds, so there is more variety in what you’re looking at while you’re blocking, parrying and hacking away at huge adversaries. It also lets you play with two characters, Siris and the stealthy female assassin Isa.

Infinity Blade is $9.99, can be played on any device running iOS 6, and is optimized for the iPhone 5. It’s fully compatible with iOS 7 too.