Even though Alice: Madness Returns wasn’t a commercial success, the series still has a dedicated fanbase. Over 3,000 supporters have backed a Kickstarter to fund a new animated film that will continue Alice’s story, and if successful, could result in a third game. Alice: Otherlands is the name of the project that will take the series heroine into the minds of important figures from 1875’s London. We were able to interview series creator American McGee to find out what he and his company Spicy Horse has in store for the series.

The series and its future

Softonic: It has been stated that Otherlands will conclude the Alice trilogy, but will there be room for potential spin-offs and side stories? If so, would they be as games or films?

American McGee: The plan right now is to get Otherlands made as a series of animations and as a game. The success of the animations will help secure a future for the Otherlands game. Beyond that, I really don’t know yet. It’s going to depend on how the story resolves and audience demand. Personally, I wouldn’t mind if Otherlands (animation and game) marked the final chapter of Alice’s adventures. That feels right to me.

ST: Will viewers of Otherlands need to have played Alice or Alice: Madness Returns to fully understand the story? Will there be extra references they could miss?

AM: Because these animations take place inside the minds of other characters (not in Alice’s mind) you won’t need an understanding of Alice or Madness Returns in order to enjoy them. When we eventually make a game based on this concept, then some understanding of Alice’s journey and goals will be helpful in enjoying the story and action presented there.

American went into further detail on the Kickstarter site–

“Alice’s story in the first game is one of overcoming psychological trauma brought upon by the death of her family. Emotions created by that event (rage, guilt, sadness, etc) take form in Wonderland, personified through characters like the Mad Hatter and Queen of Hearts. If Alice loses in the battle against these emotions she’ll not only lose her sanity, but be lobotomized and remain locked within the asylum for the rest of her life. She knows there’s a greater mystery to be solved, but the immediate problem is escape from her mental and physical imprisonment.

At the end of the first game we see Alice is victorious. She frees herself from her mental and physical constraints, is set loose in London…”

“The narrative contained within the three games links together – the first story being one of Alice overcoming the psychological barriers that stop her from realizing her true potential. In the second game the threat is physical, though Alice uses her “Wonderland powers” to unravel the mystery of her parents’ death and defeat the real-world bad guy. At the end of the second game we see Alice emerge onto the streets of London filled with a power that transcends the physical and psychological – she’s now master of both domains. She’s also aware of an insidious evil lurking in every corner of Victorian London, of a threat greater than the asylum or the man who killed her family.”

ST: Electronic Arts published the first two games, do they have complete ownership of the Alice license? Could they have say on what goes into Otherlands, or will it be completely up to you and Spicy Horse?

AM: EA own the game rights. The film rights are owned by independent film producers in Hollywood [Collision Entertainment]. We’re running [the Kickstarter] so that I can purchase the film rights. That will give me freedom to create animations, feature films and merchandise (toys, posters, books, etc) related to those. If another game gets made I expect we’ll have as much creative freedom as we did with Alice and Madness Returns. Making sure I have creative freedom is part of the negotiation process.

ST: Will we see the return of both cast and characters? Would Susie Brann reprise her role as Alice, and maybe even Anni Long as The Queen of Hearts?

AM: That is very likely. Susie Brann, Roger Jackson and the other voice actors are a critical part of the Alice productions. I’m working today to secure their involvement with the Otherlands. 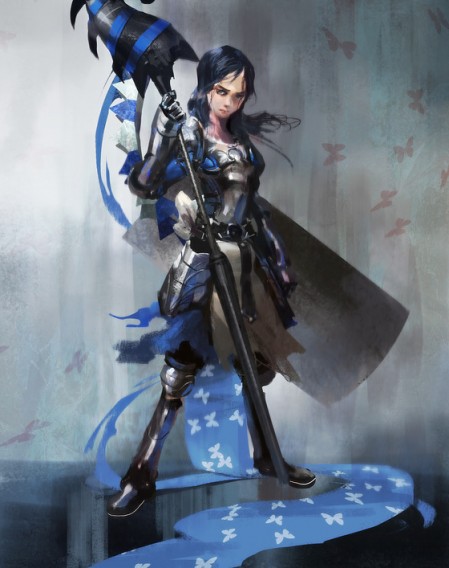 ST: Does Alice make use of her arsenal of weapons and powers? There is of course the vorpal blade, but what about also the parasol, pepper grinder and others. What about Hysteria?

AM: we might have a chance to see Alice fighting against the mental demons contained within the Otherlands (minds of others). The animations will vary in terms of content and story. Some might be visual explorations and nothing more. Others could contain mini narratives and the kind of action you’re asking about here. Of course for the Otherlands game (when we finally make it) we’ll see Alice using her full arsenal of weapons and skills. 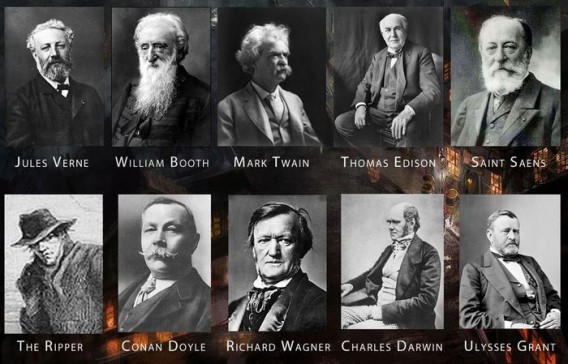 “The third installment of the story would find Alice leveraging her super hero-like power to invade the minds of others, hence “Otherlands.” 1875 in London is a time filled with a rich array of characters, each a potential vehicle for Alice’s new adventures – Jules Verne, Jack the Ripper, Darwin, Queen Victoria and a plethora of French artists.”

ST: You’ve listed out a number possible Otherlands Alice could visit. What are the top minds that you’d most want to see come to life?

AM: I’ve very interested in seeing the minds of Van Gogh, Verne, and Edison. The list of potential minds is growing daily – because there are so many great options, I think we’ll need to have a dialog with our backers to decide which ones we explore first. With Kickstarter the question is not which minds I want to explore – but which minds our backers want to explore.

The Alice Otherlands campaign has proven successful, achieving 111% of its $200,000 goal ($222,377 pledged). This has proven better than Spicy Horse’s previous Kickstarters, Akaneiro: Demon Hunters which earned 102% of its goal, and Ozombie which was canceled three weeks before its scheduled funding deadline. American McGee and Spicy Horse do have challenges ahead of them, as they are a game studio and not an animation house. Still, the success of the Otherlands animation could lead the way to new Alice games. It’s a question if Electronic Arts will see the merit of publishing another title.