Interview: Mozilla VP on WP7, add-on woes and the death of Fennec

Add-ons are a challenge; it’s difficult to balance functionality with performance 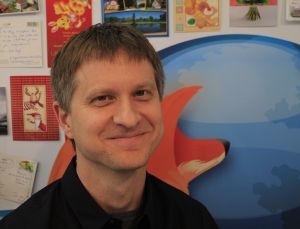 Firefox 4 Mobile officially hit the Android Market yesterday. The final release of the mobile browser is designed to enhance the way Android users view the web on their phones.

We caught up with Jay Sullivan, VP of Products at Mozilla Corporation to speak about the new version of Firefox Mobile. Besides giving us the lowdown on why Android users should switch to Firefox, Sullivan also talked to us about some of the wider issues concerning the browser.

Sullivan insists that Mozilla is not planning a version of Firefox for Windows Phone 7, although it may bring Firefox Home to Microsoft’s mobile platform. He also speaks about the headaches of incorporating add-ons into the browser, as well as solving the biggest mystery of all – where did the Fennec go?

What are the advantages of using Firefox 4 on an Android phone?

From a user’s point of view there are a few key things. One is making web navigation easy through tab thumbnails and the Awesome Bar, which recognizes where you want to go when you type something in the URL bar.

Moving the Awesome Bar feature from the desktop to mobile was very important for us, because it’s harder to type on a phone. We went a step further too, because data in the Awesome bar is not only loaded from your phone, but also from your PC, using Firefox Sync. If you sign up for Sync, all your history, passwords, bookmarks are stored the cloud, encrypted.

We also support browser add-ons. We are seeing a lot of creativity here – add-ons that are using location, add-ons that do special things because you are mobile. They fix typos as you write. For users, easy navigation, sync and add-ons are key benefits.

Have you experienced any problems with the add-ons?

Add-ons are a challenge; it’s difficult to balance functionality with performance. We have to work better on making sure add-ons don’t slow up starting time.

We recently had to blacklist some add-ons because they were out of control. Then we worked with the developers to them to fix them up. Yes, it’s a challenge, but the benefit of add-ons is so great that you want to find a way to make it work and not give up.

Why should developers be thinking about Firefox 4?

For developers it’s really all about the HTML 5 support. We are bringing video to the web and we are doing that on desktop and on mobile. Just as you can embed an image on a web page, now you can embed a video – without any plug-ins.

With HTML 5, developers will be able to create cool, interactive 3D models for the web. It provides good performance and good frame rate. Software detects when the accelerometer changes and through that a Java developer can do some impressive things.

There’s a whole bunch of HTML 5 features like CANVAS and SVG. Because we use the same engine for desktop, mobile phones, and tablets those web sites are going to work across all devices. You would probably want to design it differently for a smart phone because of the screen size, but the same HTML 5 stuff you use will work.

What are you plans for getting Flash support built into the browser?

It’s true that a lot of video web sites use Flash. So, we’re going to investigate the possibility of getting the performance of Flash in Firefox on the Android platform as good as we want it to be. The key question is “is it fast enough”? So we’ll see where it gets from a performance point of view.

Feedback suggests that some users are not so happy with the speed of Firefox 4. What are you doing to improve load times?

These comments mainly relate to older Android phones, where we don’t run so well. But we’re always trying to get faster and to improve. And it also raises the point that JavaScript is just one part of the whole thing, so what we’re looking for after this release is to support more hardware accelerated graphics. That’s the real thing: how quickly web pages load. Using open GL for hardware acceleration could give an additional speed boost.

Who do you view as your main competitors in the mobile sector?

I think pre-installed browsers are the real competition, but just because they are already there. But we went through all of that with the desktops where all 400 million users had to get recommended Firefox by a friend, find it and download it. Our feature set is great, sync is amazing, add-ons are amazing. The issue for us is how people become aware of it.

Are you thinking about new platforms like Windows Phone 7?

At the moment we are focusing on Android in terms of the browser. For those other platforms we may do things like Firefox Home, so you can fire up any browser and get to your Firefox data. We’re not looking to bringing Firefox itself to Windows Phone 7 at this point.

How important is the mobile platform inside the Mozilla Foundation, in terms of resources ?

The majority of the resources are invested on the shared core platform, which consists of the Gecko and JavaScript engines. Mobile has been part of what we do here in the last couple of years. I would say that the desktop and the mobile front-end teams are now comparable in size, I don’t know the exact numbers but they are pretty close now.

And what about the poor little Fennec? Why did you drop this name in the final release?

Fennec was originally just the project code name that one of the developers came up with. Fennec is like Project Minefield, it was intended to be the project name but people fell in love with it and I think that’s so cute.
At the end of the day though, it’s a crowded browser market.  People have already heard of Firefox, it’s a consistent experience for them. For us to create a new brand around Fennec would’ve been a big deal.