Is Amazon MP3 better than iTunes? 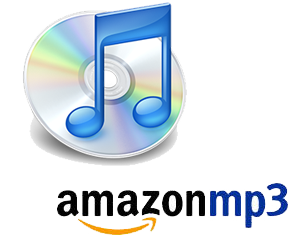 Which digital store is the best one to turn to for your musical needs? Not an easy question, considering how different Amazon MP3 and iTunes are.

The iTunes store has been around since April 2003, first offering only music, then videos by July 2006, iPod games in September 2006 and finally movie rentals in January 2008. Only recently, the iTunes store was recognized as being the second biggest music seller, only behind Wal Mart.

The Amazon website of course, has been around since 1995 and offers everything from video games to furniture, toys or what made it famous worldwide, books. Amazon still remains to this day one of the biggest successes of the internet and one of the top visited sites worldwide. Amazon MP3, the online music store launched by Jeff Bezos in public beta in September 2007 and officially in January 2008, offers “over 2 million songs from more than 180,000 artists and over 20,000 labels”. What really got people talking though is that Amazon MP3 would offer DRM-free music from labels EMI, Universal, Sony BMG and Warner Music.

Of course DRM-free music is where everybody is headed, and long known at least since Steve Jobs pleaded for labels to offer DRM-free songs. A number of unprotected songs from participating labels can now be bought on iTunes, however Apple still implements its very own FairPlay DRM, which limits the number of copies you can make of a song and what computer or iPod you can play it on.

iTunes, which runs both on PCs and Macs, is probably a more integrated solution as you can purchase, download, organize and play all your media from one interface. Amazon has a separate downloader, available for PC, Mac and Linux. Although it’s not a complete media application like iTunes, it works really well and lets you store your music wherever you want.

Which one is the best digital store then? Ostatic sees Amazon as the better option, citing a number of reasons. First of all, Amazon doesn’t tie users down to an operating system. I’d agree with that. I hate that iTunes is such a closed environment, and that it only works with iPods and not other MP3 players. Second, Amazon music is DRM-free. Now I wouldn’t consider this valid, simply because, as said before all music is going to be DRM-free anyways. Third, Amazon is a bit cheaper. Yes, but Amazon MP3 is only available in the US for now, whereas iTunes has localized version for 21 different countries. That’s something that can’t be beat. Fourth, as Ostatic say, Amazon has a good collection of artists. True but it doesn’t yet come close to what you can find on iTunes.

If you ask me, I still think iTunes is ahead of Amazon, but am definitely rooting for Amazon, as I think we really need a solid alternative to Apple’s digital offering. Having a solid competitor can only benefit the online media market and give us a better choice of music, movies and other TV series.