While BlackBerry is seriously struggling, shedding workers and canceling financial reports, BlackBerry Messenger is still a hugely popular service, as the clamor for the iOS and Android versions has shown.

At BlackBerry Jam in Hong Kong, attendees saw a projection of BBM for Windows, and the image quickly spread through Twitter. Mistakenly many people now think there is a Windows desktop BlackBerry Messenger app, but that is not what the image shows. 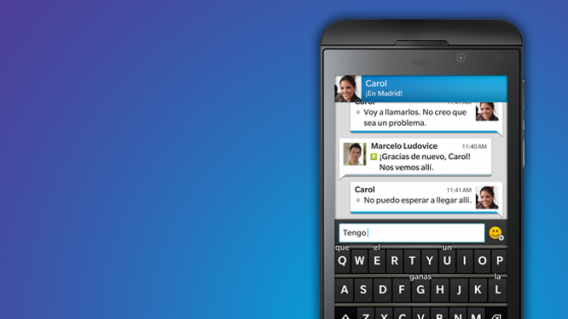 This BBM on Windows desktop only happened when a BlackBerry smartphone was connected to a Windows PC. It allows you to control BBM from your Windows desktop, but doesn’t function as a standalone app. Furthermore, this was all a proof of concept demo, according to NotAnalog, and currently BlackBerry has no plans to develop the idea.

The popularity of BBM for desktop on Twitter proves it’s something users would like. This is no surprise considering the success of LINE and VIBER on desktop, and the clamor of user requests for a WhatsApp desktop version. However, like WhatsApp, BBM’s connection to a phone number is a tricky barrier to developing a standalone desktop app.