Thing is though, searching for stuff on the internet (which could literally be for anything in the world that has existed or could possibly exist ever) is a complex business. There are a lot of variables to consider including what you’re searching for and what you’re handing over to the company running the little magic box when you tell them what you’re looking for.

That does not mean, however, that there aren’t more reliable search engines out there for you to use should you feel unwell. Dedicated healthcare providers and biomedical research specialists like Embase, Medline and Pubmed are all highly recommended.

A huge part of Google’s business model comes from farming you for data and then selling that precious precious data to advertisers. People can fall on either side of the fence with this one. Some people see this as a service and take advantage of the tailored ads they receive. Others, however, see this as a gross invasion of their privacy.

For this second type of person, there are a plethora of ad blockers and ad free browsers available for you to download and it is even possible to delete all the data Google has captured from you. Of course, there is also the incognito mode but if you don’t even feel comfortable working incognito you should check out the DuckDuckGo search engine. 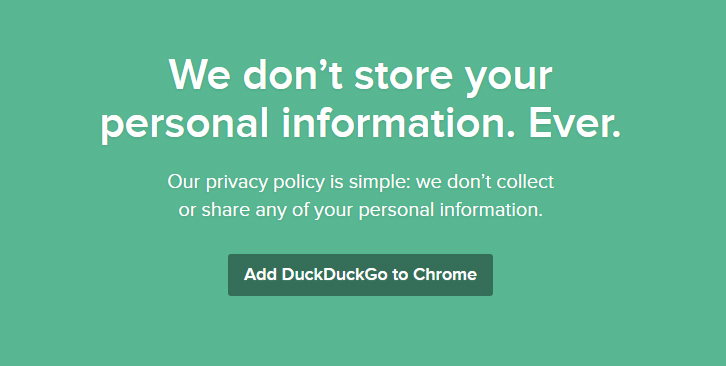 DuckDuckGo has a very simple privacy policy. It doesn’t collect or share any of your information. This means you won’t be followed around by ads or have to worry about your data being stored in some data bank in the middle of nowhere.

The Deep Web is all of the information that isn’t picked up by normal search engines. It is built on anonymity and secrecy, 2 concepts that aren’t conducive with Google’s modus operandi. You won’t be able to search the Deep Web using Google but the aforementioned DuckDuckGo could do it. Alternatively, you should check out Softonic Solutions. Our users have contributed many different resources for accessing the Deep Web.

It isn’t the best search engine for video

Google reigns supreme because it is the best search engine by far. This is only mostly true. Anybody working on Windows 10 will no doubt have given Microsoft Edge a go and consequently performed at least a few searches using Bing. Almost everybody who did is probably back on Google by now. It just works better and feels better when performing searches.

Wait one minute though. Microsoft Bing is actually a far superior search engine when it comes to videos. Results are laid out thumbnail style and you’ll get a little preview if you hover the mouse over the video you’re thinking of clicking.

It isn’t as clever as you think it is

OK, these days I find I can type maths problems into google quicker than I can open the calculator app. It is clever and it is quick. Google is far from top dog though, when it comes to computing technical equations and calculations. That prize goes to Wolfram Aplha, which has the impressively intelligent tagline “computational knowledge machine” All of sudden Google’s multicolored logo is making it look like a kid in kindergarten.

I suppose the real reason for this article is to show you just how many different possibilities there are out there for getting you the answer you want. Googling something does not count as research but if you check across a number of sources you can have more confidence in the information you find. Also as we’ve highlighted specific queries might need specific search engines. Hopefully we’ve connected you with a way to find the answer you’re looking for.

How to Record Twitch Streams on a PC