Tidal may be late to the streaming music game but it’s got a lot of hype surrounding it thanks to Jay-Z and his army of musicians. The service is making waves because it promises to help musicians control and distribute their music. For more about what Tidal is and why it’s important, check out my break down here.

But none of this matters if the service isn’t any good. Is Tidal worth switching to, or is Spotify too big of a beast to take down? First, let’s take a look at what Tidal offers. 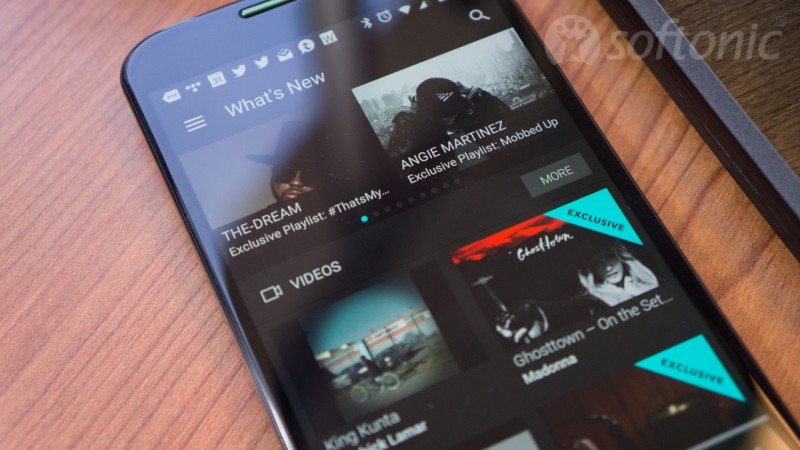 The exclusive playlists I listened to were good and came from Tidal’s staff as well as celebrities like deadmau5, Robinson Cano, The Hives, Jack White, Jay-Z, and many more. Exclusive playlists are a nice touch as it lets artists highlight their influences but they’re limited to mostly mainstream artists.

I also stumbled upon some exclusive interviews like the one with BADBADNOTGOOD but its hard to find written content on the Tidal service after they’re removed from the featured carousel. There’s a separate website, read.tidal.com, where you can read all the written content from Tidal’s nameless editors. I wish there was a dedicated section in the app for written content. 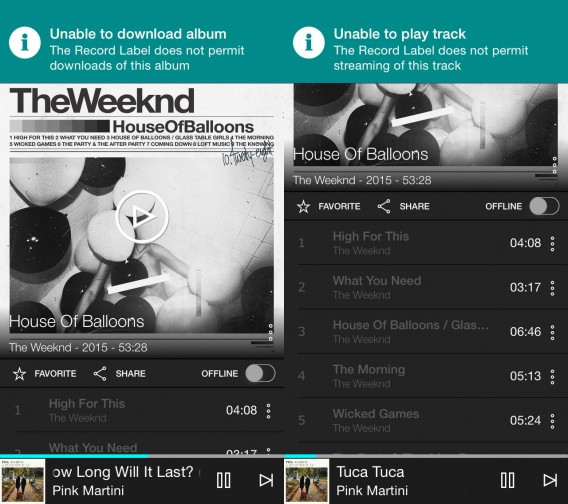 One thing was clear after using Tidal for a week: its music library isn’t as good as Spotify’s. Searching through the Tidal’s catalog revealed many gaps. For example, I looked up The Weeknd and was surprised to find that some of his albums couldn’t be streamed or downloaded because of his label. Radiohead’s King of Limbs album is missing too, but is available on Spotify. I was also disappointed that most of Pink Martini’s albums were not available on Tidal.

And that’s really the story of Tidal’s music offerings. Searching for specific albums, I was repeatedly disappointed at what was missing from its catalog. I compromised and listened to something else and fell into a rhythm of bitter acceptance. As Jay-Z and other Tidal investors wage war against other streaming services, this problem will only get worse for everyone.

Spotify also has a lot of missing content due to licensing issues. Taylor Swift famously removed her discography from the service because of low revenue. Radiohead’s In Rainbows is missing from both Spotify and Tidal.

If you listen to mostly mainstream artists, Tidal’s library is actually quite good. For classical music lovers, Tidal’s library leaves a lot to be desired in terms of availability and organization. There’s a ton of classical content but it’s hard to find the specific album you’re looking for amongst the many compilation albums.

I compromised and listened to something else and fell into a rhythm of bitter acceptance.

But when you’re paying the same price for Spotify, which has the bigger library, it really doesn’t make sense to jump to Tidal. It’s even worse when you factor in the $19.99 per month high definition plan for a such a limited library. 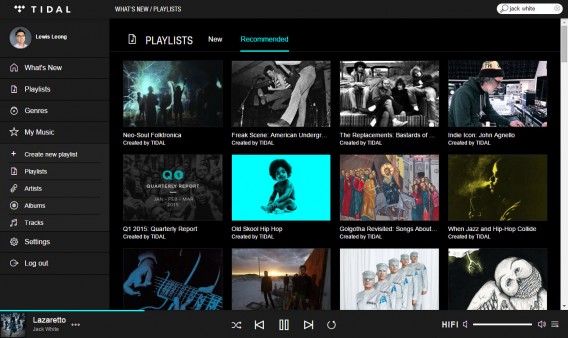 What really makes a music streaming service valuable is music discovery. Tidal helps users discover new music through its featured content at the top of the app and website. There are also curated playlists and a hidden radio feature. The playlists are good for looking at what musicians are listening to but it’s not really customized for you. Songza offers better curated playlists based on mood.

Tidal’s radio feature can be accessed by playing a track and starting a radio station. I wish Tidal had a radio section in its app instead of hiding the feature in a hidden menu. And of course, you can browse music by genre.

Tidal is a solitary listening experience.

You can favorite different artists, albums, and tracks to help Tidal figure out what to recommend to you. I found the service’s recommendations quite good, showing me artists that I haven’t heard of before.

The biggest problem with Tidal’s music discovery is that it doesn’t have any social community. Spotify allows you to share and curate playlists with your Facebook friends. Collaborative playlists are a great way for friends to share music but Tidal is a solitary listening experience. 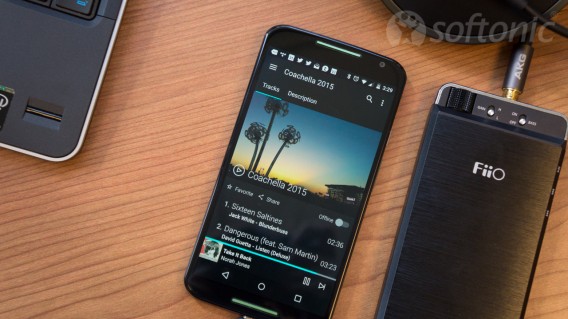 For most people, Spotify sounds pretty good, allowing for up to 320kbps Ogg Vorbis for streaming and offline listening. For double the price ($19.99), is Tidal’s high def subscription worth it? It depends on factors like your audio setup and if you know what to listen for. If you’re listening to music using the earbuds that came with your phone or a pair of Bluetooth headphones, you won’t notice a difference. 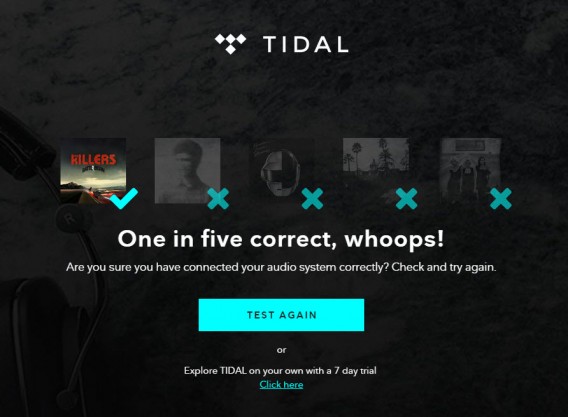 Tidal provides a flawed five track test to see if you can distinguish between 320kbps AAC and 1411kbps FLAC tracks. I failed and aced the test multiple times, even though I have a very good audio setup. A better test to take is Philips’ Golden Ears Challenge, which does a much better job at explaining what to listen for.

Instead of trying to see if you can hear a difference with Tidal’s Hi-Fi streaming, I recommend signing up for the 30 day try and see if you miss the sound after going back to compressed audio. The change is stark when your ears have been spoiled for a while.

If you’re listening to music using the earbuds that came with your phone or a pair of Bluetooth headphones, you won’t notice a difference.

If you’re a discerning listener, you will hear a difference with Tidal’s Hi-Fi streaming and downloads. Listening to 320kbps lossy audio is like looking through a hazy window. Listening to 1411kbps FLAC is like looking a window after cleaning it with Windex. Everything is a little bit clearer and effortless.

But in exchange for good sound, you give up a lot of space. I downloaded eight albums from Tidal onto my Moto X, which took up 3.16GB. There’s also the question of if you can hear a difference using a mobile phone instead of listening through the browser on your home hi-fi setup.

To test this, I hooked up my Moto X to my Fiio E18 DAC/amp to see if the quality made a difference. I took the train using this setup and it sounded great. I noticed blacker backgrounds as well as extended treble and bass compared to playing music directly out of the phone’s headphone jack. If you’re a crazy audiophile like me, you will appreciate Tidal’s sound. 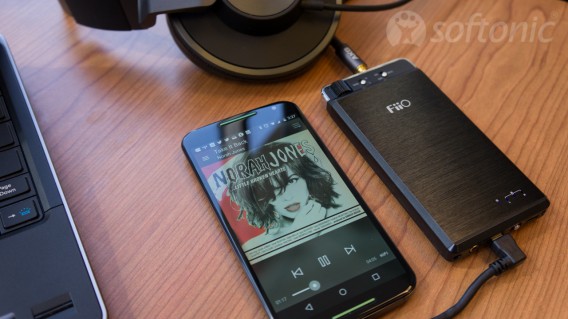 Of course, file formats and high bitrate can only do so much. If an album is poorly mastered, it’s going to sound bad even in high-res. While you can always purchase higher resolution music, you can’t purchase a better master so that’s out of your control.

For $20 per month, I would have loved to see Tidal offer 24-bit audio as well. But technical limitations with 24-bit audio may degrade the user experience. With Hi-Fi streaming, Tidal already exhibits lag when initializing a track. Once a stream gets going, there’s no lag but scrubbing through a track makes streaming pause for several seconds as it caches. Downloading tracks for offline listening also takes a long time but its sound quality is worth the wait.

Even though Tidal’s Hi-Fi streaming sounds great, its limited library and cost makes the service a tough sell. Music collectors are better off purchasing used CDs or collecting vinyl. With physical formats, you get the sound quality and nostalgia of thumbing through artwork and lyrics, something no music streaming service can replicate. 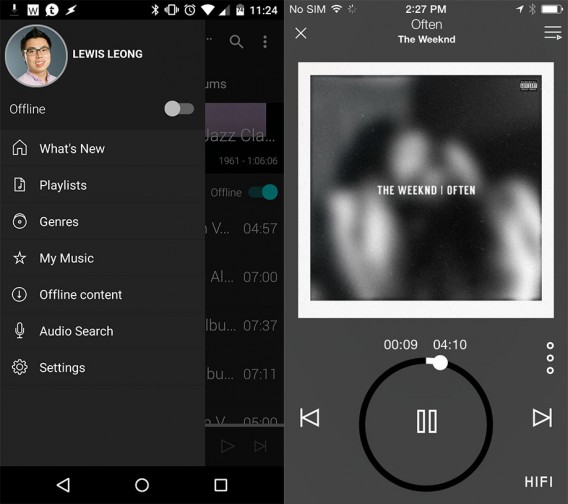 Tidal is available on Android, iOS, and the web. Its mobile apps are very similar to one another so you can pick up listening on different devices without much trouble. The home page of the app is where you’ll find What’s New, featuring exclusive content. The side menu reveals sections for your playlists, browsing by genre, your favorited music, and the offline mode. There’s a toggle for Offline, which lets you quickly access the albums and tracks you downloaded onto your phone.

Tidal locks you into only listening to its library and not your own.

I found Tidal’s browser support to be lacking. For Hi-Fi streaming, you need to use Chrome; Firefox users are limited to standard def streaming. To double check that you’re streaming in Hi-Fi, there’s a “HIFI” logo next to the volume controls that turns white when its active and gray when it’s off.

I would like to see Tidal come out with dedicated desktop applications for Windows and Mac, something Spotify offers. This allows for offline listening and integration with your local music library. While Spotify’s local music integration is a mess, it’s nice to have an option to fill out a the holes in the music catalog. Tidal locks you into only listening to its library and not your own. 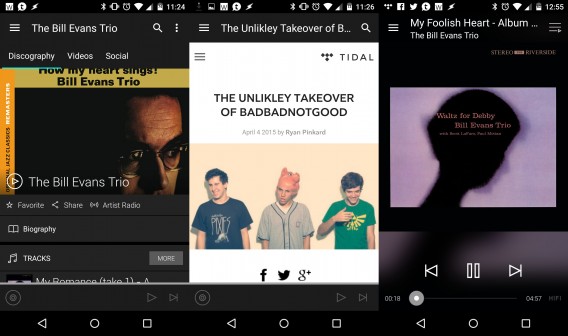 After spending a week with Tidal, I found the service to be a tough sell. Google Play Music and Spotify both offer superior services in terms of music availability and user experience.

Tidal’s potential is there, but it’s not ready for prime time. If the service can get more music in its library and build out its music discovery features, it could be a force to be reckoned with. For now, Tidal is attracting users with its small selection of exclusive content and celebrity hype. To keep growing, Tidal will have to offer more than flash.

Tidal isn’t trying to sell you music but a lifestyle.

I have no doubt Tidal will get better but its lackluster music library, curated content, and sound quality aren’t worth the money. For the same money, Spotify’s library and features are just better than Tidal’s. Or if you’re an audiophile like me, you’re better off digging for albums at your local used record store.

Apple Watch: everything you need to know