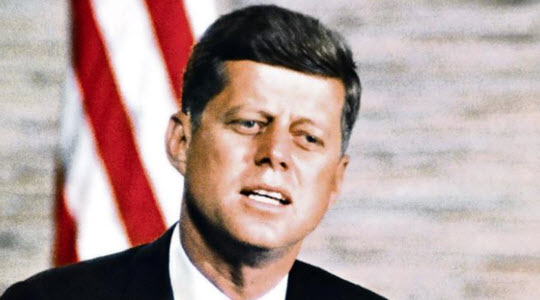 November 22nd, 1963 still lives on in infamy as it was the day John F. Kennedy, the 35th President of the United States, was assassinated in Dallas, Texas. Much is still in doubt about what actually happened on that fateful day, but something that cannot be refuted is the speech the great man was due to deliver before he was shot down on the streets of Dallas.

The speech has been a matter of public record for some time and can read on the pages of the John F. Kennedy Presidential Library here. Kennedy never got to deliver his speech of course but, thanks to new voice synthesis technology and some painstaking work from Scottish voice company CereProc, that does not mean you can’t listen to him giving his final speech.

The project was commissioned by The Times and used 831 separate recordings of JFK, each only 0.4 seconds long, to create the illusion of a fluent a fluid recitation of Kennedy’s final speech by the man himself. All in all, it took over two months to complete the work on the speech, but the results are quite stunning. You can hear the speech here (unfortunately, it is behind The Times paywall, so only paid subscribers will be able to hear it).