Star Wars fans, rejoice. Players are about to get a look at Darth Vader from a totally unique angle: virtual reality. Gamers will be able to get up close and personal with the Sith Lord in a freshly announced ILMxLAB game dubbed Vader Immortal. Check out the new trailer! 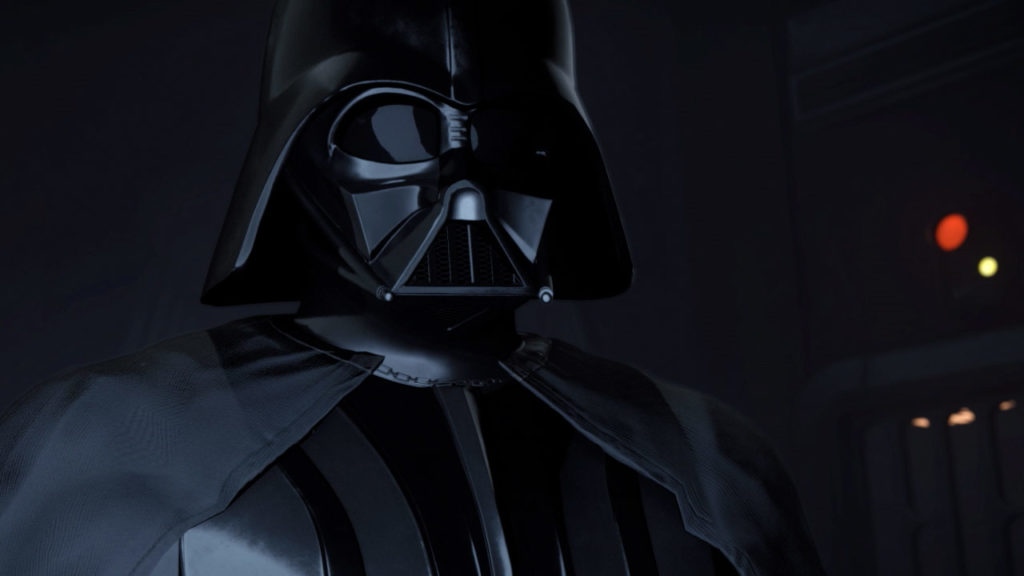 Though not much information about the game’s plot or gameplay has been released as of yet, ILMxLAB has released a few key details in a blog post on their official site. The game, which will apparently be released episodically, will be released for the Oculus Quest at some point in 2019.

Vader Immortal will be a flagship title for the as-yet-unreleased device. The Quest, which is shipping at a $399 price point, can be purchased alongside Vader Immortal or as a standalone. ILMxLAB has a proven track record of bringing the Star Wars world to virtual reality, previously releasing VR and AR experiences like Star Wars: Secrets of the Empire and Trials on Tatooine.

Vader Immortal will be set in the period between “Revenge of the Sith” and “A New Hope,” and will take place in Vader’s lava-bound fortress which was first revealed in “Rogue One.” Story details are sparse, but the series will span three episodes. Players will be taking on a third-party role as they go up against Vader in his fortress, but it’s still unclear if players will get to don that trademark armor themselves at some point.

What is clear is that players will be wielding a lightsaber as they navigate the fortress. There’s a lot of narrative potential for players taking on the role of an unknown third party… experiencing a tense hunt through the fortress’s corridors, hearing Vader’s trademark breathing echo through the walls as he stalks his prey is a terrifying and electrifying prospect. Adding to the atmosphere is what certainly sounds like James Earl Jones returning to voice the iconic role… or at least a spot-on voice double.

More details will doubtless become clear as the Oculus Quest approaches launch, but what’s been revealed so far is sure to leave any Star Wars fan salivating.

Will Fortnite and Dead by Daylight be teaming up for a collaboration?