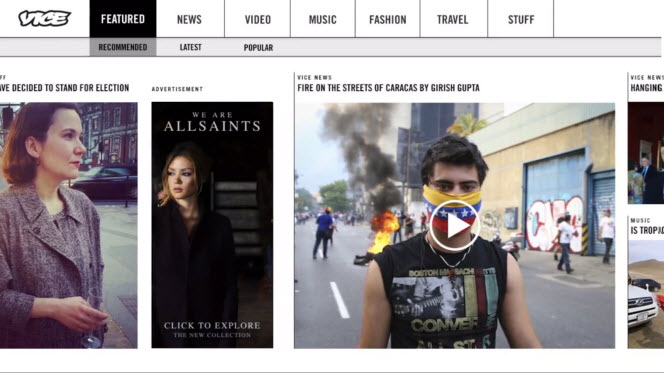 Advertising on mobile is tricky; agencies have to create an ad that’s unobtrusive and compelling enough for users to click on them. Microsoft is empowering advertising with iAd-like, interactive Windows 8 ads. The new ad format allows agencies to create wide, panoramic ads with interactive sections, similar to Apple’s iAds, but even more fleshed out. Some concepts drawn up for Microsoft’s panoramic ads, dubbed Ad Pano, show the use of the parallax effect, where objects appear to move relative to the background. Apple has integrated the parallax effect into the wallpaper of iOS 7.

The panoramic ads aren’t limited to Microsoft’s first-party apps either. Third-party apps like Vice and Top Gear showed off their ad concepts. Vice’s All Saints ad is impressive with an sweeping panorama that animates as you slide from right to left. Tapping on a product brings up a full page view with information. It’s like an interactive magazine, but built into an ad. Check it out for yourself below.

Microsoft will continue testing Ad Pano and developers can try it out for themselves by downloading the Microsoft Advertising Ad SDK for Windows 8.