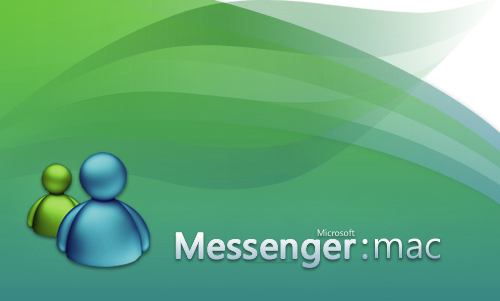 The release of Microsoft Office 2011 for Mac means that Microsoft have now taken Messenger 8 for Mac out of beta. Softonic users will be hoping however that Microsoft have taken note of their many negative experiences with it and made some changes to the final release. Although Messenger for Mac 8 has been rapidly climbing up the download charts, users have given it a very mixed reception since its Beta release in March.

I speculated then that the long awaited webcam function in Messenger 8 might spell the end for aMSN. While aMSN download stats have halved over the past 13 weeks (mainly due to the fact that Microsoft have changed a protocol in Messenger meaning that aMSN’s webcam function no longer works) many Softonic users have found the performance of Messenger 8 to be sub-standard with the average user rating just 4 out of 10.

One of the most recommended comments from other users comes from BartyBoy who says Messenger 8 constantly crashes for him:

i dragged the MSN 8 beta to my application folder, then double clicked the icon. it started running the version 8 beta MSN, but after i logged in to my MSN account successfully, the program stopped responding. so i had to force quitting the program, then i started to run the program again but the same problem occurred. so i thought i might need to restart my mac (mac pro, 2 x 2.8GHz Quad Core Intel-Xeon with 10GB memory). After restarting the computer, double clicked on the MSN 8 beta icon, still the program stopped responding after i logged on to my account successfully. i gave up! i went back to the Microsoft website and downloaded MSN 7.0.2 and it works all fine.

Meanwhile Mr. A says web chats are poor but still hasn’t given up hope:

Well, just downloaded. This one is okay, the features added are wisely done. But still, bugs bugs bugs. When a video call starts/end it stops working and have to force quit it. Very annoying, it’ll be fixed soon (at least, I hope so). After it, it’ll be awesome to use.

And jazkohli reports that both Skype and Yahoo work better for him:

Its a nice messenger upgrade with good features and same good old messenger touch and feel. but still chance of improvement are there, compared to windows version. Few points are troubling me, Video or Voice chat is very lousy currently always keep disconnecting, where as Yahoo and Skype works perfectly fine on the same internet speed. When ever i tried to do video/ voice chat, it signs me out in few minutes and i have to re-login. second problem, still not being able to send or receive offline messages. Until now i found only these problems.

Microsoft Messenger has always been a contentious application because it’s so widely used, loved by some, loathed by others and there are so many variables that may affect its performance. However, it’s clear that even after half a million downloads, Microsoft Messenger 7 for Mac still gets a mixed reception perhaps proving that Microsoft really need to take a closer look at the fundamentals of Messenger before putting out more releases.