Microsoft is developing its own personal assistant codenamed Cortana, after the artificial intelligence in the iconic Halo series. It’s the first product from Microsoft that competes with Apple’s Siri or Google Now.

Cortana has been seen in Windows Phone 8.1, due for release next year. Windows Phone already has basic voice commands, but Cortana will be something much more powerful that learns from its interaction with you, just as Halo’s Cortana was a learning AI. Hopefully Windows Cortana will not start to get unpredictable, irritable and angry, as it did in Halo 4 after reaching a ‘state of over-knowledge that makes AIs ‘think’ themselves to death.’ 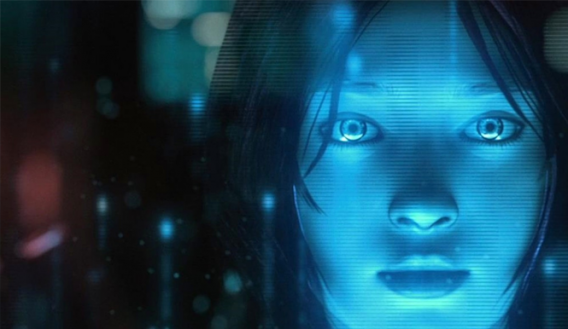 Cortana will use Bing Satori, a knowledge repository that aims to collect data about people, places and things and understand the relationship between them. It has been doing this for 3.5 years already, and has cataloged over a billion objects. Microsoft has not tried to compete with Siri up until now, as it apparently wants to release a product that is ‘revolutionary, not evolutionary’.

This personal assistant will be central to future versions of Windows, Windows Phone and the Xbox One operating system. This highlights how important Bing data has become to Microsoft, as it is being ever more tightly integrated into Microsoft products.

We can’t say if it will make you feel like Master Chief just yet.