Minecraft for Parents: 7 tips to help you get involved 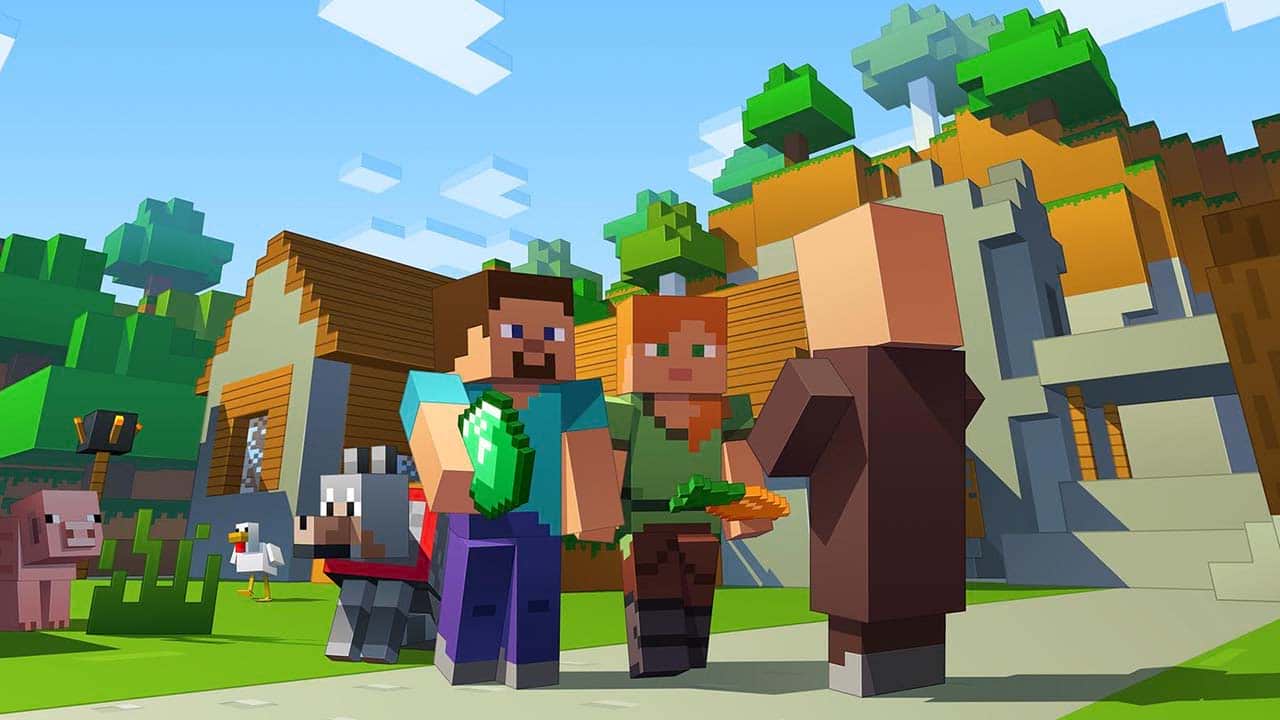 Minecraft by Mojang isn’t just another stupid, popular game your kids are obsessing over. It’s actually a huge source of creativity, and it’s the perfect opportunity to get to know your kids a little bit better. Let me explain with a parents’ guide to Minecraft.

Minecraft has been defined in many different ways: a video game, virtual LEGO, a world builder, a mining simulator, and a graphic adventure. It’s true, Minecraft contains elements of all of these things, but its gameplay is also about the freedom to create, build and explore in a virtual sandbox.

Like many video games, however, as a parent, you can be both perplexed and concerned the first time you see Minecraft. All of a sudden, your children are racking up hours of screen time, playing in a virtually infinite world. While some may chalk it up to just kids playing video games, others may choose not to ask about it for fear that they won’t understand the answer.

On the contrary, there’s little to fear as Minecraft is a kid-friendly environment that can actually be a powerful educational tool; a playing field in which both you and your young children can learn, communicate, and develop problem-solving skills together. Here’s what you need to know if you want to play Minecraft with your kids

Observe and question, but don’t judge

It may be difficult to figure out what’s going on at first. Everything is moving very fast. You’ll see things that seem absurd and cartoon-like that you won’t understand, like catching pigs with a fishing rod or plugging up holes in the water. Your child may suddenly start flying over mountains or set fire to stone. All this is normal. You’ve just landed in a different virtual world.

Look closely at everything that happens. After a while, you’ll become familiar with the essential elements of Minecraft, like the fact that monsters, zombies, and creepers come out at night, and objects are constructed from basic ingredients and recipes. Ask your child what they’re building every now and again, along with what it’s for, but don’t judge: this isn’t your adventure just yet.

Also, remember that Minecraft has two different editions: Standard, and Pocket. The standard edition is for PCs, Macs, and consoles like the PlayStation 3, Xbox 360, PS4, and Xbox One, Windows PC, while Minecraft Pocket Edition is the smartphone and tablet version for Android and iPhone (it has a few limitations, like smaller worlds, game modes, and a lack of certain blocks, but in essence, it’s the same version of Minecraft for smaller devices).

Learn everything you can about the game

Nothing in Minecraft is explained beforehand; there are no maps or instructions to tell you what to do. As a result, finding and sharing information online is an essential part of the game. You’ll often see your kids spending lots of time on YouTube Minecraft channels and in the Minecraft wiki to find info. In this way, even the single-player game is very much an online multiplayer game too. 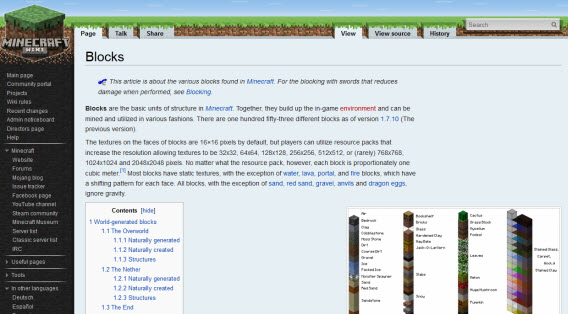 Both YouTube and Twitch.tv have channels where you can find in-game Minecraft videos with gamers commenting on various aspects of the game and sharing their adventures using specific terms that your kids will most likely already be using.

Why not try and watch a few of these videos with your kids? If you’re worried about strong language (an unfortunate inevitability in some videos), just turn down the volume. Take the time to find channels that you like and feel are appropriate. You can also hide comments or watch videos in TV mode.

Help your child plan and build

Minecraft is more complex than it seems. As is the case with LEGO, for example, children can get easily frustrated if they don’t realize their vision quickly enough. Your presence could actually help your kids enjoy the game more if they’re stuck with a “creative block”.

It’s good to let your kids build and explore freely, but every now and then, you should set them challenges or goals to work towards, and then help them out if they need it. You could ask them to reconstruct something you’ve seen while traveling, or maybe something from a movie. Minecraft’s creative mode is ideal for this, as there is no block limit and you can’t die.

By helping them plan their constructions, not only will you be setting a good example, but you’ll also have the chance to share gaming experiences while your child plays. Teamwork can also make it easier to disconnect: by setting goals and objectives, you can decide when it’s time to take a break.

Install the most interesting Minecraft mods

Minecraft is a game that can be expanded by mods (non-official accessories). Thanks to mods, you’re able to improve the graphics, add towns with characters who speak, and add new objects and creatures. Other mods can help facilitate the construction of complex structures and speed up repetitive tasks.

Installing mods for Minecraft is safe and easy, as long as you only use mods from reliable sources. Using Minecraft Forge is probably the easiest way to install mods, an accessory that makes it much easier to modify the game. Simply download a zip file and copy it to the Minecraft mods folder when using it.

The world of mods is fascinating but complex, and it requires a bit of technical skill. As there is no official support for mods in Minecraft, they can sometimes cause the game to stop working properly, especially if it gets updated. Make sure you back up the worlds created by your children, as mentioned in this tutorial.

Create a world/kingdom only for your family

An important part of the Minecraft experience is to play with other people. There are thousands of multiplayer mode servers around the world that allow anyone to connect, but these are worlds with all types of players of which you have no control. Some encounters could be abusive or unpleasant, something you and your children should be aware of.

Luckily, you can enjoy the game with your family– without any intrusions– by using your own private server, a Minecraft world just for you and your kids. This means that you’ll have complete control over the universe: you can choose when to turn it on and off, how it will look, and what monsters it’ll have. You can even decide when it will rain. Check here to see how one’s created.

There’s also an even easier way to have your own permanent world: Minecraft Realms. For $10 a month, you can create private worlds that friends and family can connect to, without the need for a server at home and all the technical problems they often generate.

Remember that building isn’t everything

Minecraft can be played like LEGO, but construction is only one aspect of the game. Your kids also have the possibility to explore new lands, kill monsters, and carry out many different exploits, such as training horses or discovering treasures.

If you want to create lasting memories of these adventures, you can record them through Twitch.tv or with a local video recorder like Fraps. Two useful tips for recording your video-adventures: change the characters’ skins so that they look different, and change the camera view using the F5 key (from first to third-person).

The resulting video diary can be uploaded to YouTube, much like the Minecraft Dad series, in which Paul Soares plays Minecraft with his son (he’s already added more than 100 videos in the series).

The possibilities are endless: Minecraft cakes, paper dolls, and LEGO constructions are just a few creative ideas. You can even find dozens of ideas for crafts related to the Minecraft universe on Pinterest.

Not all video games are bad, and Minecraft could just be the perfect opportunity for you to get in on the action with your kids. The key is to accompany them not just in Minecraft, but also in the transition between Minecraft and the real world, really helping them apply what they’ve learned.