Musicians battle over how to measure popularity in a streaming world 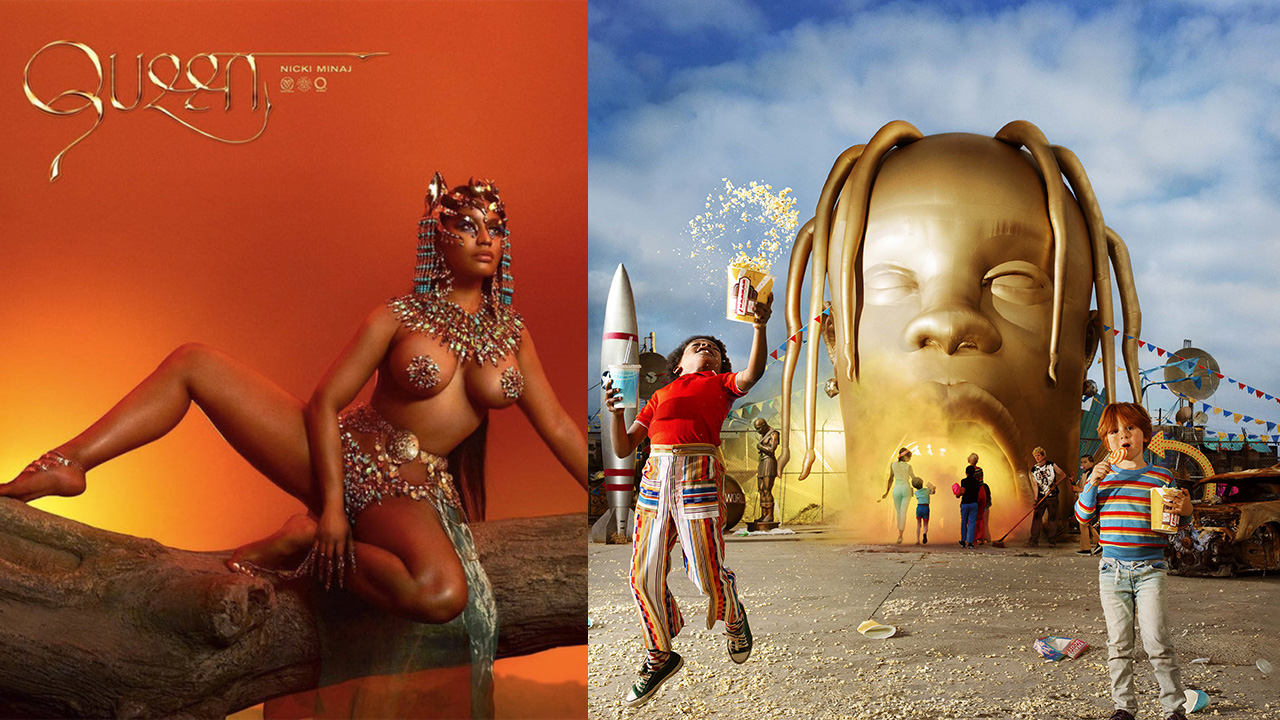 Nicki Minaj made headlines across the blogosphere recently after accusing Travis Scott of stealing the coveted #1 Billboard spot. Her hotly anticipated album “Queen” debuted at #2, failing to knock Scott’s “Astroworld” off the #1 spot. Nicki took issue with what she saw as unfair practices by Travis to artificially boost his stream numbers and sales. Before getting into that, however, it’s important to understand how Billboard calculates album sales in a time where more people stream music than buy it.

If somebody buys the CD of an album or purchases it in its entirety on a service like iTunes, then that counts as one sale of an album, referred to as a “pure sale.” When an album or song is streamed a certain number of times, Billboard also counts it as a sale. How many streams it takes to count as a sale depends on the streaming service and whether or not that service is paid or free. On paid services like Apple Music, Tidal, and Spotify, 100 streams count as a sale. For free services, such as YouTube, it takes 600 streams to count as a sale. This methodology was set in stone earlier this summer, right before the release of Drake’s “Scorpion.”

Apple Music vs Spotify vs Tidal

Back to Nicki and Travis, the context is as follows. Travis Scott is currently dating Kylie Jenner. If you’re living under a rock, Kylie is a member of the Kardashian family, and with 115 million Instagram followers, is easily one of the most influential people in popular culture. Kylie and Travis have a daughter named Stormi, who was born early this year. Kylie used her massive social media following, understandably, to promote her boyfriend’s album, plugging a link to Travis Scott’s official online store. Travis sold digital copies of the album bundled with his hotly anticipated “Astroworld” merchandise. According to Nicki, these digital albums didn’t need to be redeemed or downloaded to count as a sale, artificially conflating Travis’ merchandise sales with his album sales, which allowed him to barely edge out Nicki for the coveted #1 spot. Here are Nicki’s thoughts on the matter in her own words:

Travis sold over 50K of these. With no requirement of redeeming the album! With no dates for a tour, etc. I spoke to him. He knows he doesn’t have the #1 album this week. I love my fans for the #1 album in AMERICA! I’ll explain on #QueenRadio 4 albums in, #1 in 86 countries ♥️ pic.twitter.com/CiYEuczgm3

I looked at the numbers the Carters, Kanye, Nas, etc recently did. Travis sold 200K in his first week of clothes alone. I spoke to him last night & he said he’s been selling clothes b4 the music. Billboard says they’ll change the rules cuz of this, so it should be changed now!

I put my blood sweat & tears in writing a dope album only for Travis Scott to have Kylie Jenner post a tour pass telling ppl to come see her & Stormi. lol. Im actually laughing. #Queen broke the record of being number 1 in 86 countries. Thank Jesus & thank you to my fans.

It’s hard to call Travis’ strategy of bundling his album with his merchandise cheating, as he is far from the first artist to do this. Nicki herself ended up employing the same technique with “Queen.” Both artists added past singles to their albums in order to boost their streaming numbers, with last year’s hit “Butterfly Effect” added to “Astroworld” and Nicki’s megapopular collaboration with 6ix9ine “FEFE” posthumously added to “Queen.”

Let us know in the comments below if you think Travis’ merch bundles were legitimate sales or not. Should Billboard take a look at its policies?