The world’s biggest mobile trade show, the GSMA Mobile World Congress (MWC) kicks-off in Barcelona on 25th February. As always, Softonic will be there in force to bring you all the news from the ground on the big announcements, and to share with you some of the weird and wonderful new mobile technology on display.

As is the norm before this annual event, tech news sites and blogs have been rife with rumors about what will be hot at MWC 2013. Predictably, most of the rumors are focused around what cool new devices we’ll see from the big handset manufacturers. The buzz around the big boys of the handset world has already been rounded up over at sites such as Digital Trends and T3, where speculation is rife over new devices such as the Galaxy Note 8.0, a new range of Nokia Lumia Windows Phone devices, a Nokia Windows RT tablet and the HTC H7.

Although all (or some of) these devices are likely steal the show at MWC this year and capture the focus of the World’s media, here at Softonic we’re more interested in what’s actually running on the phones rather than the hardware – i.e. the operating systems and the apps that run on them.

Given that all the major smartphone operating systems have only recently been updated (iOS 6, Android 4.2, BlackBerry 10 and Windows Phone 8), it’s unlikely we’ll see much activity from the companies behind these platforms. In fact, Apple, Google and BlackBerry won’t even be exhibiting at the show this year. But still, this leaves room for the minority operating systems to get a piece of the spotlight, doesn’t it?

We’re hopeful that Mozilla will finally lift the lid on Firefox OS at the MWC. The new ‘Open Web’-based operating system is designed to run applications in HTML 5 format You can already try out an early developer build of Firefox OS but we’re hoping to see something a bit more polished at the Mobile World Congress. We’ll be attending Mozilla’s MWC press conference on February 24, when we’ll be able to enlighten you further. 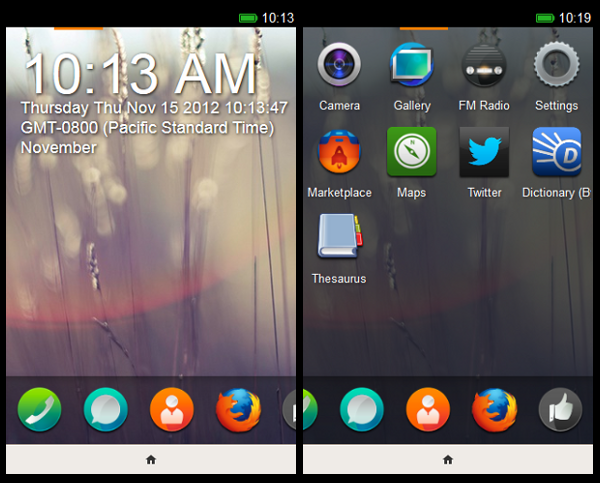 According to the Korean Times, Samsung will be demonstrating the first of its smartphones to run the mythical Tizen operating system. Tizen is  co-owned by Samsung and Intel and is seen as the successor to Samsung’s Bada platform. It will be interesting to see how Tizen compares to Android. If all goes well for Tizen maybe we’ll even see Samsung ditching the Google OS from its phones in the future! 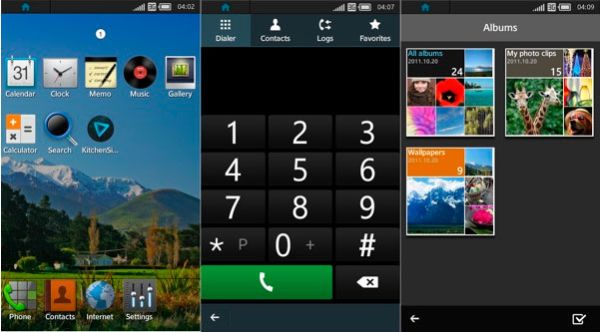 Microsoft will make an appearance at this year’s Mobile World Live, where we could see some announcements from the company. It may be wishful thinking, but more details of Microsoft Blue would be greatly received. Blue is the code-name of a ‘feature pack’ update to Windows 8/Windows Phone 8 that Microsoft is rumored to be planning for this summer.

Blue is designed to add new features to other Microsoft products too, such as SkyDrive and Hotmail, bringing them more in-line with the idea of an integrated Windows experience. We won’t hold our breath for these changes but, of course, we’ll be the first to let you know if we hear anything. 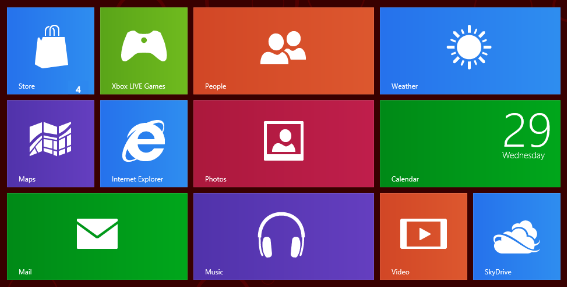 Being the crux of what we do here at Softonic, the highlight of the MWC for us is always checking out the latest apps and meeting with developers to get an idea of what we’ll be running on our phones in the coming year.

The most interesting thing for me, personally this year is to get a handle on exactly where the innovation is coming from in the app world. Is there even anything truly innovative being developed right now? App store top lists are consistently clogged with the same kinds of apps and I’m personally getting tired of hearing hype about:

Sure, these kind of apps are useful (talking animals aside) and people like them but they differ very little from each other and essentially just clones. What we’ll be looking for at MWC 2013 is genuine app innovation in terms of original idea and implementation. Is there anywhere new that apps can go, or have we really reached saturation point now?

With this in mind, here are some of the apps of MWC 2013 we’re hoping to see:

Microsoft has been tipped to release its iOS and Android versions of Office in late February or early March. While there’s been no confirmation of an announcement, Microsoft may decide to use the MWC as a platform to reveal new mobile versions of its office suite.

According to The Verge, Office Mobile will be a free app for viewing Word, Excel and PowePoint documents on the go. With an ordinary Microsoft account you’ll get basic viewing capabilities, while a subscription to Office 365 will enable editing features. I’m still not convinced about running office suites on a phone but certainly the iPad version could present a major coup for Microsoft if it gets it right. 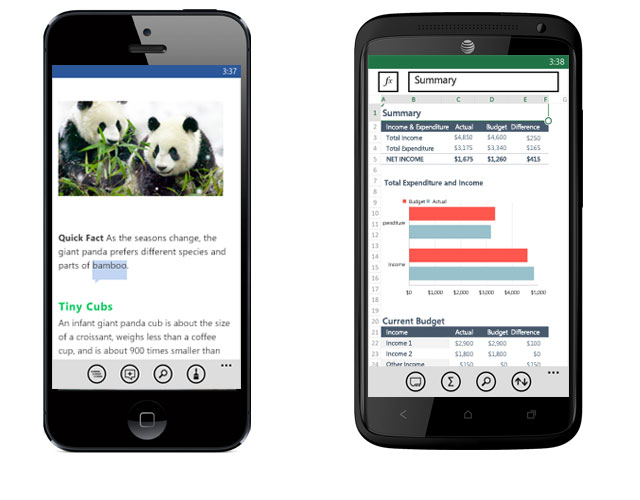 Opera has already confirmed that it will showcase its new mobile web browser, Ice, at this year’s Mobile World Congress. The new iOS and Android browser will be based around the open source WebKit engine. Opera Ice is set to feature a stripped down user interface, which replaces tabs with icons on a home and which relies more heavily on gestures for web navigation.

Besides putting Opera Ice through its paces, we’re hoping to find out what the new browser will mean for the company’s existing Opera Mini product, and also to find out more about the next desktop version of Opera, which is slated for release this March.

Gaming is the one area of mobile development where innovation still thrives. Whether Gameloft is innovative or not is open for debate but what we do know is that it makes some very good games. We understand that Gameloft will show off two new games at MWC 2013, but we have no word on what they are yet.

The latest releases in the N.O.V.A, Asphalt (below) and Modern Combat series of games were highly polished and enjoyable to play, so we would welcome the chance to play N.O.V.A 4, Asphalt 8 Infinity or Modern Combat 5, if indeed any of these are included in the two Gameloft is touting (Asphalt 8 is a good bet, I think). 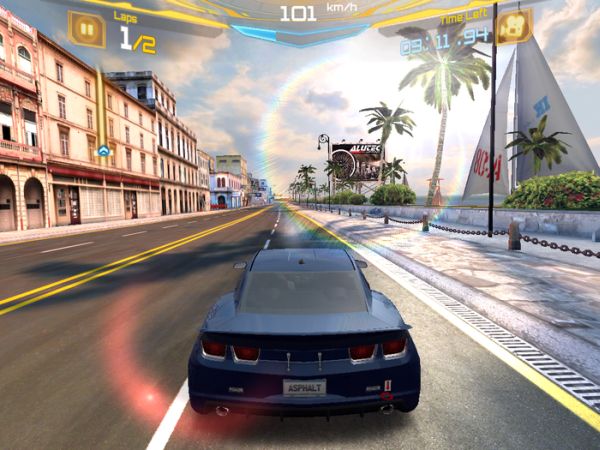 Personally, I’d prefer to see something completely original from Gameloft rather than just the next title in a franchise. Games such as Zombiewood (below) and PlayMobil Pirates have proved that the French developer can make fun games based on original concepts. 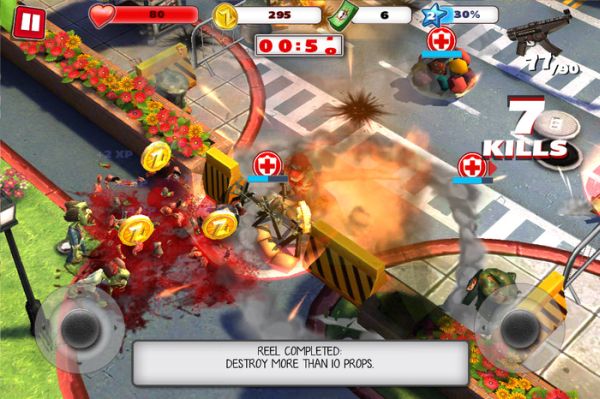 After winning the Mobile Apps Showdown at CES 2013, developer Vision Objects arrives in Europe as one of the rising stars of mobile app innovation. Its MyScript Calculator app has won plaudits for the way in which it allows you to handwrite complex mathematical equations on screen then solves it for you. It’s unclear yet what news Vision Objects has in store, but it’s a safe bet that whatever it is will be worth taking note of. We’ll keep you posted. 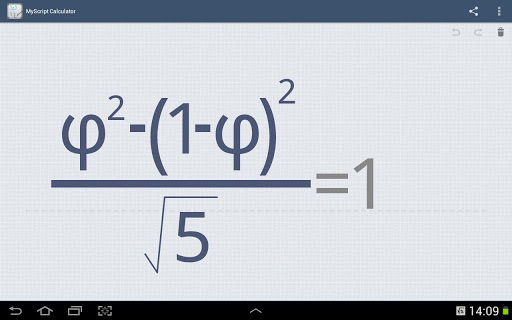 TeamViewer is one of the slickest remote control applications out there and the developer will join forces with Intel for this year’s MWC by appearing as a guest developer on its stand (along with Vision Objects, incidentally). The Team Viewer application is perfect for online meetings, as it allows you to connect remotely to share work from your phone.

Touchalize is an  interesting looking piece of technology that will be on show in the Congress’ ‘App Planet’. It enables users to interact with mobile video via the touchscreen. While video is playing, Touchalize allows you to manipulate and modify the content of the video. It claims to let you choose what you want to watch or hear, change the color of objects in the video, and put your own photos or videos in there. Having recently reached LeWeb Start-up Competition semi-final, we’re intrigued to see what all the fuss is about.

And the winner is…

Away from the floor exhibits, MWC also plays home to a couple of important app awards ceremonies. There’s the GSMA Global Mobile Awards on Tuesday 26th February, hosted by British comedian David Walliams (star of Little Britain). The big award for developers is the Best Mobile App for Consumers, which this year will be contested between Facebook, YouTube, Temple Run, Twitter and Instagram. Arguably the more interesting category though is the Most Innovative Mobile App award, where nominees include iButterfly, Swype, and Viggle.

The other big app awards bash at MWC 2013 is the Mobile Premier Awards 2013, which takes place on Monday 25th February. Softonic is a member of the online jury for this event and we don’t want to give too much away, but there were certainly some fine apps among the shortlist of contenders, including Cooklet, My Price, Jini and In Shape Moms.

What are you most looking forward to about the Mobile World Congress?

Do you have any juicy gossip about what else we might see there?

The summary that you need to read from the Xbox Developer Direct (Forza, Hi-Fi: Rush, Minecraft…)