A new app from Munich is gearing up to replace traditional business cards, hoping to bring the exchange of contact info into the 21st century. But MoID, the free app for Android and iOS, isn’t limited to the business world; it can also be the glass slipper whose owner you were flirting with last night.

What is MoID and how does it work?

MoID developers Dennis Pagano and Philip Bellé described the app during an interview with Softonic as a way to eliminate the need for an exchange of info after first contact. Once installed, MoID picks up every location that a user has been and saves the info. If you went to an event and sparked a conversation with someone, for example, the app will analyze your location and compare it with others users who were in the same place during that time, suggesting other MoID profiles from their database that might have been the person you were talking to. 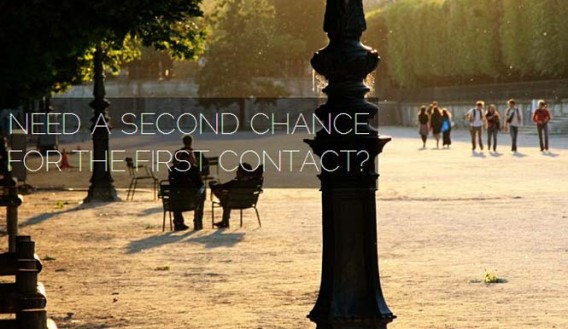 With the app, you don’t have to worry about business cards at a conference.

MoID’s developers believe this to be the most efficient way to make contacts, and they may not be entirely wrong in their assessment. MoID automatically collects data about all interactions with other MoID users and sorts them into an intelligent list. Even days later, you could theoretically open the app to retrieve location information. 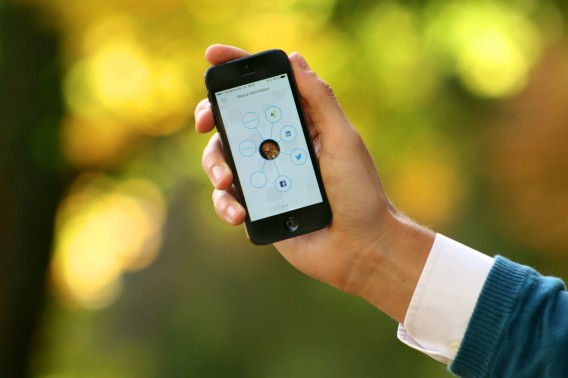 The focus is on social networks– MoID is just the middleman.

Trigger your memory with a name, a photo, and the company

Who was that Starbucks barista I was talking to a few days ago while grabbing a coffee? MoID knows, as long as the other person has the app installed too. Checking the app gives you a list of profiles that includes a name, a photo and the company which the person works for. More information will be revealed once the other person has confirmed that they were, in fact, the person you were conversing with.

MoID is aimed primarily at business people and is the perfect companion for trade shows, conferences, or just typical daily business.

The crucial question is whether MoID actually solves an existing problem, or if it has just created a “need” to sell a product.

Product Manager Dennis Pagano explains the advantage of MoID, saying that “MoID does all the work so that people don’t have to”. No digging through wallets or scribbling email addresses on napkins necessary; MoID’s appeal is convenience. The magic is in the app’s technology, a sophisticated algorithm which they’ve been developing since 2011.

The six strong Munich-based team, however, face the same major hurdle that any other network struggles with: the app’s usefulness relies on the number of users that have it installed on their smartphones. It’s an exciting start-up with a unique idea, but its success is based solely on its use.  Keeping this in mind, what is clear to its developers is that MoID has two goals in mind: to create a network, and to remain free.

MoID doesn’t want to replace Facebook or take on the world’s leading social network as competition. Rather, the app aims to offer an extra service and link it with other networks like Facebook, LinkedIn or Xing.

“We’re not even sure if we want to include a messaging service within the app like WhatsApp or Facebook Messenger” says Pagano. The main focus, is an app that connects people. But this is a concept that doesn’t only apply in the business world.

We don’t want to be a dating app.

Even last night’s flirtation at the bar registers with MoID as a conversation. The app can then acts as Cinderella’s glass slipper: if you don’t remember the blonde princess you were talking to, chances are that MoID will.

This concept, however, isn’t a priority at MoID . “We don’t want to be a dating app,” says CEO Phillip Bellé. “We’ve set out to connect people, but in a professional way.” That the app can be used for other purposes is quite clear to the developers, and they won’t close any doors for potential spin-offs, but for now, MoID hopes to make a splash in the business world.