Last week I had the chance to attend the official presentation of the Adobe Creative Suite in Barcelona. People from the Adobe headquarters in Spain showcased many of the new features in all Adobe apps, doing live test with sample documents, videos and images. We could see the the amazing effect of content-aware tools in Photoshop, the helpful coding utilities in Dreamweaver and the new online CS Live services. 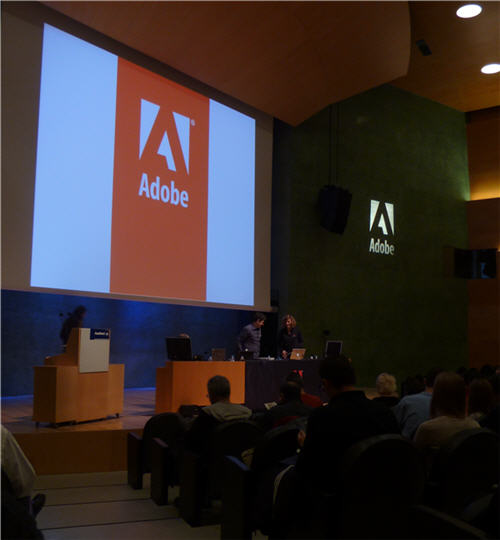 The new Creative Suite 5 is presented in five different versions: Design Standard, Design Premium, Web Premium, Production Premium and Master Collection – each one of them with different app configurations, aimed at different types of users. CS5 includes 15 updated products, 1 new application (Flash Catalyst), 250 new features and a pack of online services, and it has required 85 million lines of code and 18 months of work.

According to Adobe, the Creative Suite 5 has been developed with two kinds of customers in mind: independent developers and designers, and for the first time, companies. Their purpose with this new CS edition is to remove any creativity boundaries, help you be more productive and accurate, and also make core processes in design and editing easier and faster.

Let’s take a closer look to all the exciting features and enhancements included in the new Creative Suite 5. 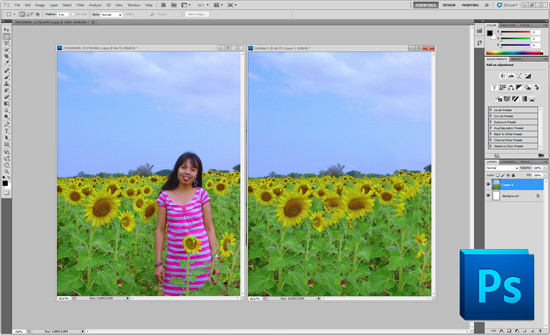 Photoshop is undoubtedly the one app that everyone is looking forward to with every new release of Adobe’s Creative Suite. The all new Photoshop CS5 has met all our expectations, including new tools that simplify difficult, repetitive tasks and make photo editing easier for everyone. Some of the new features are an enhanced selection tool (with improved edge definition parameters), the amazing content aware setting in the Healing Brush and the Fill tools, the new Puppet warp functionality, a whole new set of brushes that behave and react like real-life brushes dipped in oil paint, an enhanced Camera Raw module to work with RAW images, and an improved HDR management utility. If you want to see more, don’t miss the preview of Photoshop CS5 we wrote a few weeks ago. 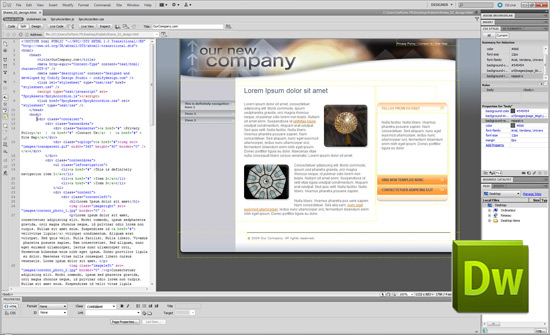 Adobe’s coding editor doesn’t have as many new features as other apps in the suite, but they’re all quite important ones. Generally speaking, the program is now lighter and more reliable. Dreamweaver CS5 now can work with HTML5 templates, as well as with dynamic webpages based on CMS such as Joomla!, Drupal or WordPress. The “Live Code” option lets you browse the code and the document as it would be displayed on a web browser. Dreamweaver also makes use of the new online services in CS Live, especially the Adobe Browser Lab – a web app that lets you check the appearance of your website on different browsers and operating systems. A nice touch in the templates included in the editor is the use of the template’s own instructions as sample text, instead of the traditional lorem ipsum. 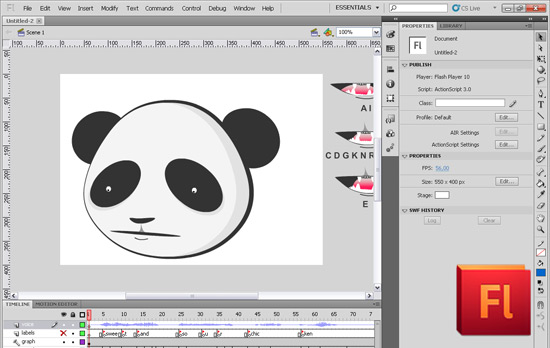 Adobe has decided to make Flash a lot simpler, in order to broaden its target audience. The new Flash CS5 includes many new tools and features that noticeably improve workflow and is fully compatible with InDesign. Among other characteristics, you’ll find support for special languages like Arabic or Japanese, a bunch of helpful tools to create animations more quickly and easily, possibility to save files as XFL (which lets you edit the FLA and make last-minute changes without losing work) and a set of new decorative brushes with which you can create trees, flames and thunder – among many other items – in a few seconds. The new Flash CS5 also includes a script library and a simpler working environment for ActionScript. 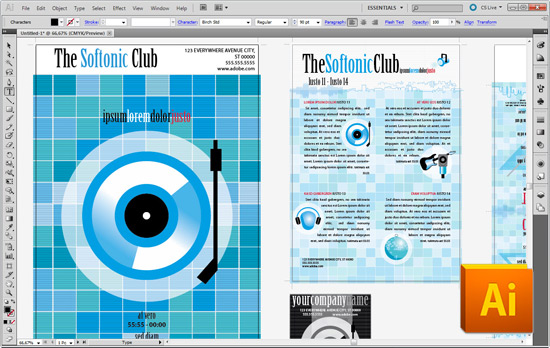 If Photoshop is the quintessential photo editing tool these days, Illustrator is an industry standard in vector drawing. The new features in Illustrator CS5 are mainly focused on make frequent tasks lighter and easier to complete. Perspective design has also been improved, with vector objects adapting automatically to the perspective wherever you place them. You’ll also be able to edit strokes in a much simpler way, thanks to all the improvements applied to stroke-related tools. 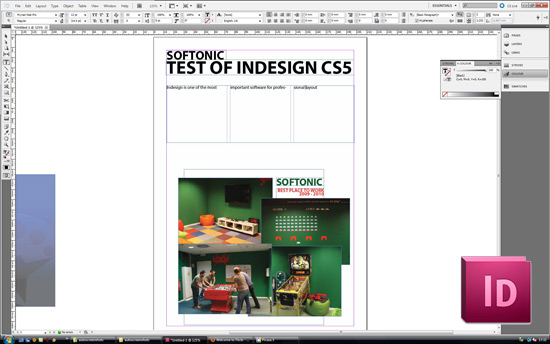 Compared to all the other programs in the Creative Suite 5 – and bearing in mind the growing popularity of ebooks –  it’s surprising to see that InDesign CS5 remains pretty much the same as the previous version, including only common new features that have been applied to all the apps in the suite. Still, there are a few new features worth mentioning, such as the possibility to add motion, sound and video to documents, simplified selection and editing tools, and integration with Adobe CS Review, another CS Live service that lets you share documents and work on them collaboratively in a much easier way. 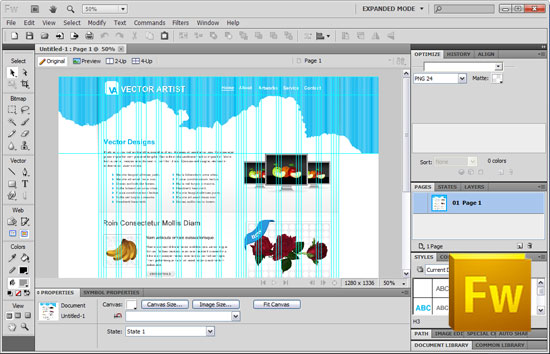 The new Fireworks CS5 fixes more than 60 bugs from the previous versions, most of them thanks to the feedback from users. This version lets you export documents to more formats and devices (including mobile phones), has improved startup time and includes a bunch of new design templates which you can edit and customize any way you like.