New year, new PS4? You need these essential games for 2020

The PS4 and PS4 Pro are amazing games consoles. Graphics are so good now and games so massive that you can easily lose yourself in hundreds of hours of play per game. That’s just it though, at the end of the day all those graphics chips and processors, and all that system memory is nothing without the games. If all you have is the PS4, you don’t actually have anything at all.

Today, we’re going to walk you through all the must have PS4 games you need to get your hands on. We’ve action, strategy, sports, and many other types of adrenaline fueled and cranium stimulating interactive entertainment. These are the games you need, if you’re to let your new PlayStation 4 reach its true potential.

The first game in our list is a superhero game because, well, that’s just the world we live in now. Marvel’s Spiderman is the best Spiderman game to come out since Spider-Man 2 on that most classic of Nintendo consoles, the GameCube. This game really gives you a great idea of what it would be like to swing through New York as Peter Parker’s alter ego and, let’s face it, that should be what all Spiderman games are about. On top of that, the fighting mechanics are lots of fun, a bit similar to those of the Batman Arkham series, and the slow burner of a story really does end with a bang. Do yourself a favor and get this game. 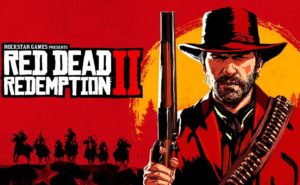 Rockstar don’t make many games these days. The games they do make, however, take the world by storm, which is exactly what Red Dead Redemption 2 did in 2018 and is still doing now. The open world RPG Wild West action looks beautiful and sees you riding with a gang of outlaws as the world of the old West falls apart around you. RDR2 is a truly beautiful game and at times feels more like a movie than a game. There is now a vibrant multiplayer world to explore too. In other words, it’s an absolute treat. 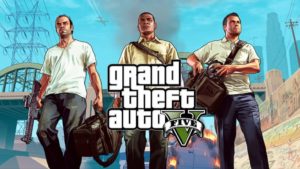 We really don’t have to say too much about Grand Theft Auto V. If you have a PS4, you probably already know all about, what could possibly be, the biggest video game of all time. The fifth game in the GTA series sees you playing as three different characters as you drive, steel, and fight your way to the top of the Los Santos underworld. This game has it all so if you want it all, get this game.

Sony’s God of War series has spanned three different generations of PlayStation console and the latest installment almost feels like a new approach to the established way God of War has always done things. Even though Kratos is still the angry brute you’d expect him to be, there is a much more cerebral feel to the game with challenging puzzles always testing you and smart dialogue betraying a brain behind the brawn. God of War is a PS4 exclusive and looks stunning too, which is just two more reasons why you need it.

Call of Duty could be described as the definitive first-person shooter franchise. It has been around for years and when the original Modern Warfare first burst onto the scene it was indisputably the best FPS action game around. A rough patch from the series, however, and a resurgence of the impressive Battlefield franchise saw this position threatened, but last year’s Modern Warfare reboot really did mark a return to form.

There used to be a time when FIFA wasn’t the dominant soccer game on the planet and Konami’s Pro Evolution Soccer series reigned supreme. That time is no more, and FIFA 20 is the latest in a long line of soccer games that have been the best in the world. FIFA 20 looks amazing, is lots of fun to play, and has some fantastic game modes to draw you in beyond the basic match day simulator. 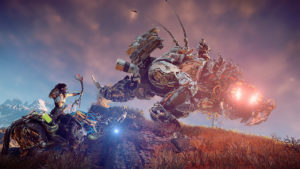 Another game that looks incredible is Guerilla Game’s Horizon Zero Dawn, which is bit like a mix between Jurassic Park and Transformers. I have to say though, that my rather crude description of this game doesn’t do it justice. This adventure game is massive, and its game world is rich with challenges to master and side quests to experience. Horizon Zero Dawn is essential because simply put, it is one of the best games ever made.

Shadow of the Colossus 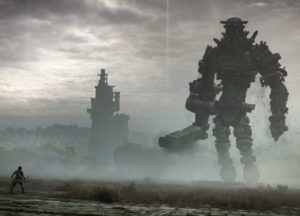 Shadow of the Colossus is a remastered PS2 game that now packs a HDR supported 4K punch. In short, it looks truly beautiful and brings with it a unique gameplay experience that can’t be replicated in any other game or on any other console. That’s what makes Shadow of the Colossus a must-have game. It will take you to places other games can’t and will stay with you long after you’ve stopped playing. 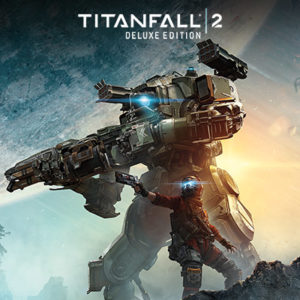 Titanfall 2 is the sequel to a game that was never actually released on the PlayStation. The good news for all PS4 owners, however, is that the sequel is better than the original in almost every conceivable way. The FPS action Titanfall 2 offers is some of the best that’s ever been created and the mech-like Titans that you pilot, as well as fighting on foot, bring something fresh to the experience too. On top of that, the Titanfall 2 single player campaign is one of the best we’ve ever played.

What Remains of Edith Finch

The final game to make our list of essential PlayStation 4 games is about emotion. What Remains of Edith Finch is a powerful game that sees you exploring the main character’s family home and unlocking her family’s history. Every new discovery will have you feeling something different and by the end you’ll be completely refreshed and feel truly exhilarated. This is a magical game that you really shouldn’t miss.

OK, so this list has missed out a few classics like Metal Gear Solid, Resident Evil 7, Uncharted 4: A Thief’s End, Bloodborne, Dark Souls, Nier: Automata, and The Last of Us; but we feel that a list of essential games needs to have its limits. The games we’ve laid out above will leave you feeling fulfilled by your PlayStation yet hungry for more.

How to Set up a Zoom Meeting in 3 Fast Steps