Last Thursday, Shinya Takahashi, Nintendo’s head of software development, confirmed that updates would be coming to Mario Kart 8 Deluxe in this Twitter video:

Mr. Takahashi answered a few questions on some of his favorite #NintendoSwitch titles, including The Legend of #Zelda: Breath of the Wild, and #Splatoon2! pic.twitter.com/UsKJKHNfLT

While the game has been out for over a year, it should come as no surprise that its popularity led to additional content. At 9.22 million copies sold, it is the second best-selling game for the Nintendo Switch, topped only by Super Mario Odyssey. While Mr. Takahashi didn’t mention if the update would be a simple patch or full-blown DLC, Nintendo recently added Nintendo Labo support to the game, lending credence to the theory that the upcoming update will be a bigger change. Here are some updates that we would love to see: 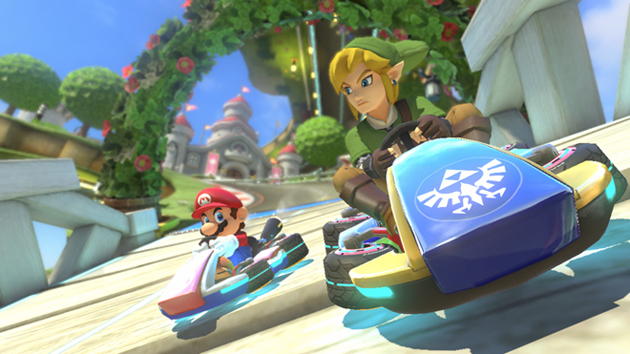 Though Mario still has top billing, in Mario Kart 8, he shares the spotlight with many other Nintendo stars. The Legend of Zelda’s Link, Splatoon’s Inklings, and Animal Crossing’s Villager and Isabella all make cameo appearances as playable characters, complete with their own unique courses and vehicles.

While a full-fledged Nintendo Kart may be far away, there are plenty of Nintendo characters who would fit nicely in a Mario Kart game. The game already includes Big Blue and Mute City from the F-Zero series, so why not add Captain Falcon as a racer? His signature car Blue Falcon is already in the game, too! Fox McCloud of Star Fox fame could work, given that he drives his signature Arwing, barrel-rolls and all. Kirby and his Warp Star could make for a unique character, complete with a Green Greens course. And if we’re including third parties, the blue blur himself, Sonic the Hedgehog, would make a thematically fitting racer, he wouldn’t even need a car!

New courses to tear up 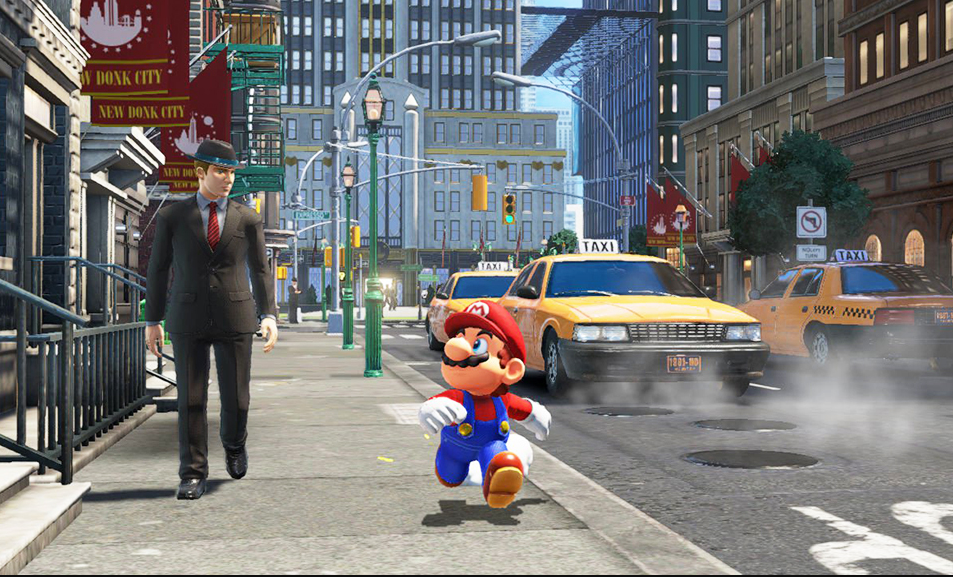 Mario Kart 8’s two batches of DLC added a fantastic assortment of courses, bringing unique new locales and reimagining old favorites. A few new cups would do wonders to the game’s lifespan. Super Mario Odyssey’s premier level New Donk City seems like an obvious inclusion. With its winding city streets, (slightly unnerving) realistic human populace, and big band soundtrack, the level would fit snugly as a Mario Kart course. Nintendo is already including New Donk City as a stage in Super Smash Bros. Ultimate, so they’re clearly already interested in this location popping up outside of Odyssey. Other than New Donk City, Nintendo could get really obscure with the new courses. A cardboard course, a la Paper Mario, would be an interesting addition, as would an 8-bit throwback to the original Super Mario Bros. Of course, re-adding classic Mario Kart courses like Waluigi Pinball, Coconut Mall, Maple Treeway, DK Mountain, and Koopa Troopa Beach wouldn’t hurt either.

More items to enrage your friends 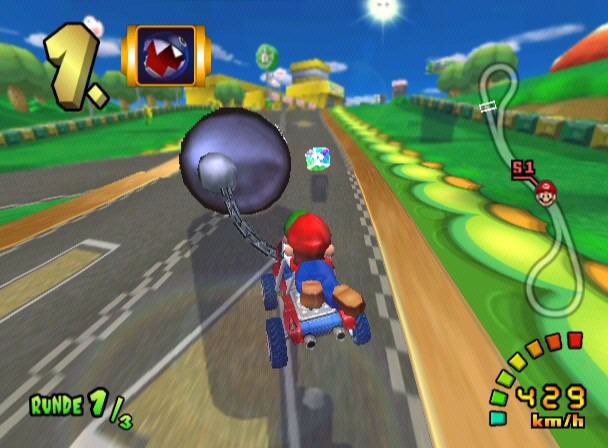 Mario Kart: Double Dash included some truly hellish items that are sorely missed by the Mario Kart community. In particular, the Chain Chomp (wielded for some reason by Baby Mario and Baby Luigi) was an indestructible vessel of rage given to those in last place, fueled by their hatred of those who dared to pass them up. Other missed items include the Bowser Shell, a giant indestructible shell that barrels over unsuspecting racers, and the Mega Mushroom, which blows up your racer to giant proportions, allowing you to squash any other racer you touch.

This crazy version of Super Mario will trip you out

Everyone is here with Super Smash Bros. Ultimate

Trending Is this cardboard arcade machine the best thing you can do with a Nintendo Switch?