It may not be the update to Android 2.3 (Gingerbread) that original Motorola Droid users were hoping for, but it’s an update just the same. In the next 24 hours a group of preselected testers will have access to the FRG83D build update, believed to be Android 2.2.1 (Froyo).  If all goes well, Motorola will likely make the update publicly available to all original Motorola Droid users within the next couple of days. 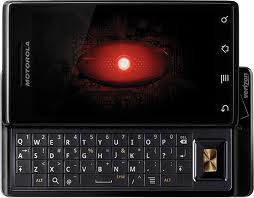 The update is relatively minor and seems primarily to be a bug fixer. It does include what promises to be a nice (but small) selection of added features. These include an updated Twitter application, as well as updated widgets for Amazon and News & Weather. There have also been improvements made to Exchange ActiveSync, including added support for Exchange 2010 connections. In addition, the Gmail user interface will be enhanced.

Originally, there was confusion whether this would be an update to Froyo or Gingerbread, but it’s looking like the former. This makes sense.  Although there are rumors that Gingerbread will be released on December 6, there has yet to be confirmation from Motorola. A few comments from Droid beta testers also seem to hint that this update is minor at best, despite the hype surrounding it.

Instructions on updating your original Droid can be found on Verizon’s website here.