Mario Royale: Can you defeat 99 other Marios? 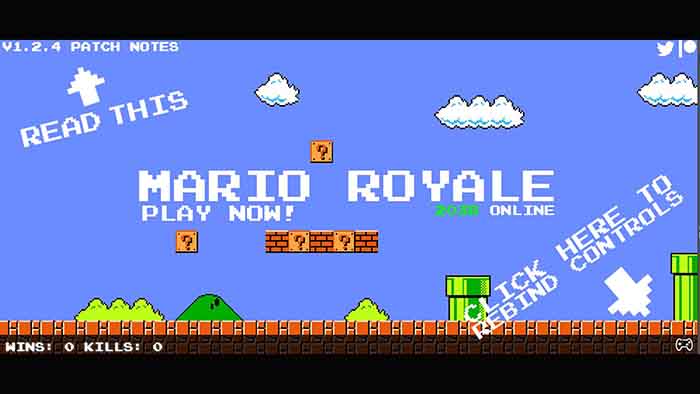 Just when you thought the Mushroom Kingdom had nothing left to offer, one game developer decided that Mario needed the Fortnite treatment.

Enter Mario Royale: the game where you play the classic Super Mario Bros. in a battle royale format with gamers around the world. Rather than working together to make it to the end, you instead are competing with each other, and can even kill each other.

The creator took to YouTube to discuss the creation of the game:

The project took him only about three weeks. Rounds can last a few minutes as players work to reach the end, or a few seconds if you really stink at the game.

When the game starts, you and other players are thrust into a random world from the original Super Mario Bros. Once you land on the first stage, the game begins.

The goal of the game is to reach the end to defeat Bowser. The first three people to beat Bowser get first through third place, while the rest run into a pit of lava. The game is over once everyone either finishes or dies.

Power-ups are a hot commodity. There isn’t a Mushroom or Fire Flower for everyone on every stage, so if you find one, it is probably the only one there. If you find a Starman, you can use it to kill other players. You can also kill players using a well-placed Koopa shell, or screw up their jump sequence by knocking into a block.

The game is still in its early stages and is still being patched, so you can probably expect to see some updates. Until then, have fun!

How to Make Money With TikTok in 4 Easy Ways