To celebrate 30 years since its release in 1984, the BBC has released a new web version of The Hitchhiker’s Guide to the Galaxy Game. It’s a text adventure, written by author Douglas Adams and originally released in 1984 by Infocom.

Text adventures date from the time where computers were not powerful enough to manage text and graphics at the same time. The genre was later obscured by point and click adventures, which offer the same kind of puzzles and gameplay, but are easier and don’t require typing. Despite being a text adventure, The Hitchhiker’s Guide to the Galaxy Game was hugely popular, selling around 350,000 copies, and it is very funny if you can forgive its lack of graphics. 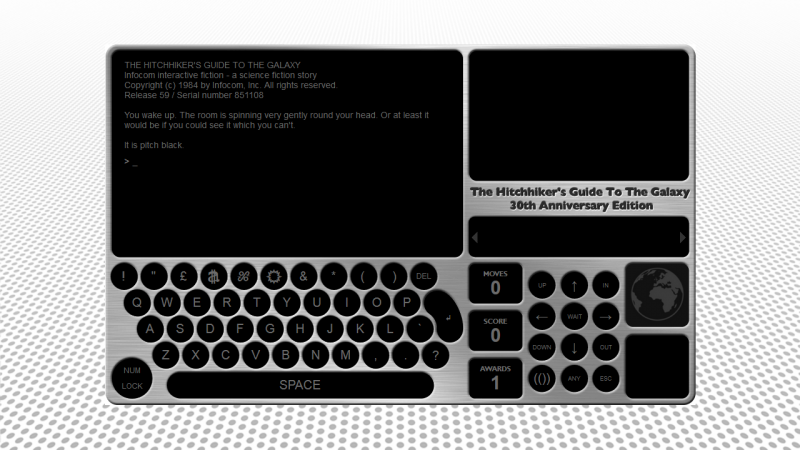 According to the BBC, “the internet has become an integral part of millions of lives. People have learned to type again and are taking an interest in interacting, via their computers, with other people and with content.” Therefore people could be ready again for a game which requires them to type.

Check out the game here.