Protect yourself against identity theft 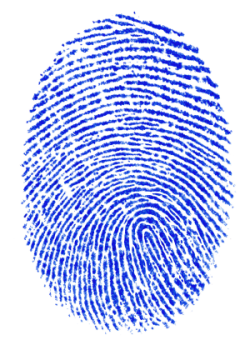 One of the worst things that can happen to you on the net is having somebody steal your passwords and logins and entering into all your personal accounts. Imagine what damage someone impersonating you on Facebook or using your webmail account could do to your reputation…brrrr…just the thought of it.

A recent study by the ICO, as reported by silicon.com, has showed that students, as tech savvy as they may be, still tend to neglect protecting their online identity. As the research shows, a whopping ” 56 per cent use the same passwords for more than one account” , which as you should know, is something you should try to avoid. It’s understandable, though, as with so many online services to subscribe to, remembering even half a dozen passwords isn’t that easy. In this case we recommend using a password manager like Roboform for PC or 1Passwd for Mac.

Nick wrote up a while back on how you can browse the net anonymously. You can also install applications to protect yourself against identity theft. Panda Internet Security 2007 is an antivirus suite that offers great cover against online fraud and guarantees to keep your internet activity private. Another heavyweight solution is Norton 360, with its transaction security and automated backup. The best way to prevent any identity theft can be to monitor the strength of your protection tools. Active Security Monitor will do just that, and will let you know if there’s a weak link in the chain.

But the coolest program of all, and unfortunately it’s only available for Mac, is Undercover. If your Mac gets stolen this stealthy application can be your only chance of ever seeing it again. If you’ve installed it beforehand, Undercover can be activated from another computer. It will transmit information on your stolen Mac, such as when and where the thief is connecting to the Internet, or what he is browsing, and will take photos of the him using your Mac’s camera (provided it has one). Undercover will then simulate a hardware failure, making your Mac unusable to the thief.