Cat Selfie puts a ‘flaming laser’ on your iOS screen, which bounces around. This should attract the attention of any self respecting cat, and when it tries to catch the laser by hitting the screen, a photo will be taken with the front camera. Photos are automatically saved to your camera roll, where you can review what your cat has done. 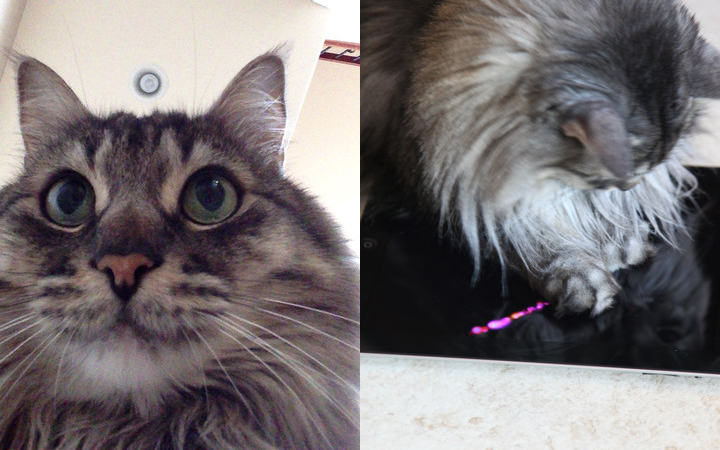 The app has already been updated to version 1.0.1, which fixes a bug that saw the app screen go black after taking a photo. The developers point out that you must give the app access to your photos, or it won’t be able to save the selfies. Acceleroto also claim the app is ideal for babies and toddlers, and point out that if your cat has sharp claws, you may want to use a screen protector.

Cat Selfie is very simple, and might be improved by offering something like alternative things for your cat to hunt on screen, in case the flaming laser gets boring…

If you’re an Android user and feel left out (or your cat feels left out), there is a an app in the Google Play store called SnapCat. It works in a similar way, but unlike Cat Selfie, Snapcat has some editing features (for humans) inside the app.