Anybody who has been able to get their hands on Red Dead Redemption 2 knows that it is a massive game, both in terms of the expansive map that the game takes place in, and the sheer size and scope of the game’s story. This long, in-depth story is sure to take a while for any player to complete, but that isn’t stopping some from speculating about the possibility of upcoming story DLC for the title. One rumor in particular is gaining traction, based on a mysterious voice glitch that can be encountered in the post-game free roam section of the game. 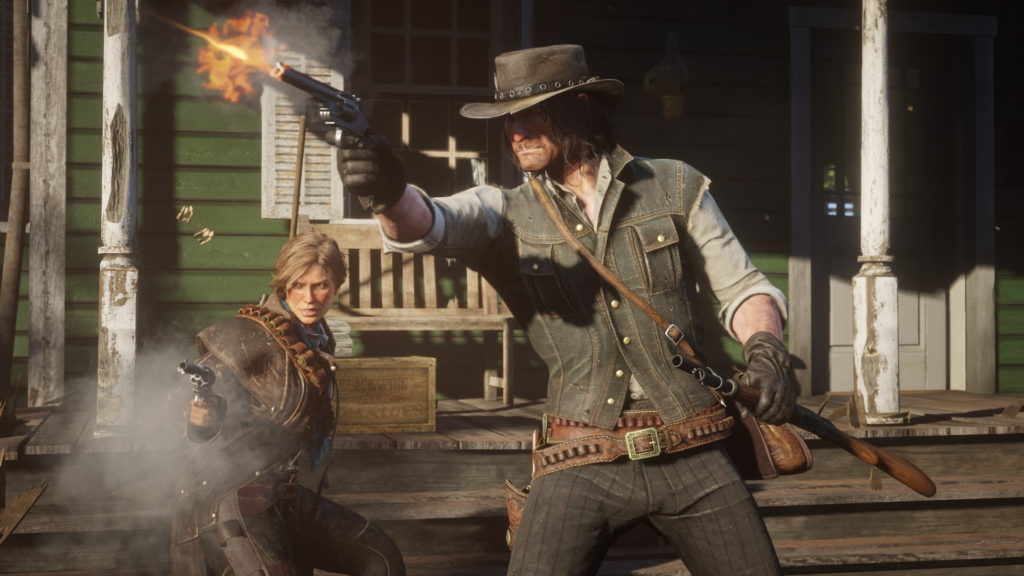 Before reading further, be warned: the rest of the article includes major spoilers for the ending of Red Dead Redemption 2.

At the end of Red Dead Redemption 2’s main campaign, player character Arthur Morgan dies from tuberculosis, a disease that will slowly eat away at him in the game’s final chapters. This doesn’t mean that the game is over, however. The post-game epilogue puts players in the shoes of John Marston, fan-favorite character and the protagonist of the original Red Dead Redemption. It’s during the section of the game that players take control of John that this mysterious glitch can be encountered. Take a look at the video below to see it for yourself.

Captured by user Elemeno Peah, the video shows John Marston speaking in a strange voice. Eagle-eared players have pointed out that this voice seems to be that of an adult Jack Marston, John’s son. During the events of Red Dead 2, Jack is just a little boy. However, in the original Red Dead, players were able to take control of an adult Jack in the game’s epilogue.

The apparent existence of these lines in the game files has fueled speculation of additional post-game DLC that will once again allow players to take control of an adult Jack. This would make sense, as both games mirror each other with their endings. After Arthur dies, John takes up the mantle; after John dies, Jack does the same. If these rumors are true, this supposed DLC would likely take place after the events of the original Red Dead, playing as Jack as the Old West continues to be dragged into the modern era.

Some other players have speculated at a different explanation for Jack’s voice, however. Some seem to think that these lines indicate that a full-HD rebuild of the original Red Dead Redemption is in the works, with a full graphical upgrade to meet Red Dead 2’s standards. Other evidence seems to exist to support that claim: the entire map from the original game is unlockable after beating Red Dead 2’s main story, from the MacFarlane’s Ranch to the town of Armadillo and beyond. With the entire map already present and given an HD upgrade, much of the material needed for a full remaster already seems to be present.

Rockstar has yet to officially announce plans for Red Dead 2 DLC, with most of their attention at the moment focused on the Red Dead Online beta. They also have yet to weigh in on these rumors, leaving their authenticity up for debate. This glitch, however, is sure to leave fans scratching their heads, and no definite explanation has yet been given for the presence of these mysterious assets in the game files. Perhaps the tale of John Marston isn’t over quite yet.