Red Dead Online is a world where respect, money, and loot comes at the end of the barrel of the gun. To survive and reap the rewards of the cutthroat world of the Wild West, you’ll have to be well armed. You’ll also want to spend your money wisely. We’ve put together an in-depth guide to every weapon available in Red Dead Online, so you can know exactly what you’re getting into before you fork over your hard-earned cash. For this guide, we’ll be looking at pistols and revolvers. 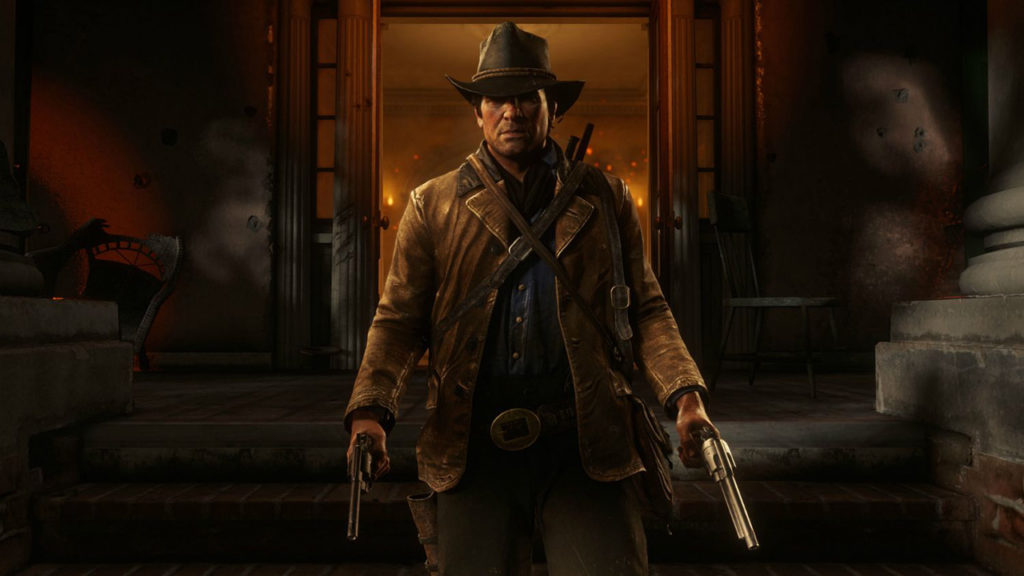 Note: We’ve based our number rankings for damage and fire rate in this guide out of a possible score of 10.

Description: The bread and butter of any cowboy’s arsenal, the Cattleman is a classic single-action six-shooter. This is a starter gun, but it is a solid sidearm in almost every respect. Though it’s on the low end of the spectrum as far as damage goes, it excels with a fire rate on par with the Double-Action revolver. Its low price tag also means it’s easy to pick up a second gun to dual-wield (once you’ve unlocked that ability).

Description: The Volcanic Pistol bridges the gap between revolvers and pistols. Though it doesn’t have the high fire rate of its semi-auto cousins, it does have the highest damage of all the pistols in the game. For players who are looking for a sidearm with the high damage of a revolver but the quick firing speed of a pistol, look no further. It is important to note, however, that it has the slowest reload time of all of the sidearms in the game. Keep this in mind, or you may find yourself caught with an empty gun in the middle of a firefight.

Description: The Double-Action revolver could perhaps best be characterized as a revolver that thinks its a pistol. It’s the only revolver you don’t need to cock between shots. This means its fire rate is on par with that of the Mauser, and it actually does slightly more damage per shot. It’s still hampered with the revolver’s classic six-shot capacity, though. This means you’ll likely find yourself reloading quite often unless you can police how fast you fire. Nothing is more frustrating than quickly emptying your cylinder and finding yourself stuck reloading while your opponent returns fire.

Description: The Schofield is the undisputed king of revolvers. This hand cannon boasts high damage and a quick fire rate, but that’s balanced by the slower reload time. That’s fine, though: almost anything that gets hit with a few rounds from the Schofield will be bleeding on the ground before you ever need to reload.

Description: The Semi-Auto Pistol excels in all of the areas that revolvers don’t. This means an absolutely blistering rate of fire and fast reload speed thanks to the use of 8 round magazines instead of the revolver’s slow-to-reload cylinder. All you need to do when you run dry is pop a new magazine in and you’ll be back to shooting in no time. You’ll probably need to reload a fair bit, though, because of the Semi-Auto’s low damage. Unless you’re going for headshots, it might take more than a few rounds to put down an enemy.

Description: The Mauser is a precisely average pistol. With higher damage and slower rate of fire than the Semi-Auto, the Mauser boasts a whopping 10 round capacity. It doesn’t seem like much, but coupled with the higher damage, those extra two rounds can make all the difference in a gun battle. If you’re a player that prefers a semi-automatic, you can’t go wrong with the Mauser… provided, of course, that you can afford it.

A gunslinger’s sidearm is their best friend. Whether it be a pistol or a revolver, it’s wise to get to know your sidearm inside and out. When your long gun runs dry or you find yourself in an unexpected scrape, having the right handgun in your holster could keep you from ending up six feet under.