Researchers at MIT have published a paper that tries to find the most controversial subjects on Wikipedia. They calculated controversy based on ‘mutual reverts’. This is when two editors appear to be fighting over an article, by undoing each others changes. They have results for most Wikipedia languages.

According to the authors, ‘The controversiality of an article is defined by summing the weights of all mutually reverting editor pairs, excluding the topmost pair, and multiplying this number by the total number of editors involved in the article.’ The results are a fascinating list of subjects that cause controversy on Wikipedia. Here’s the top ten in English: 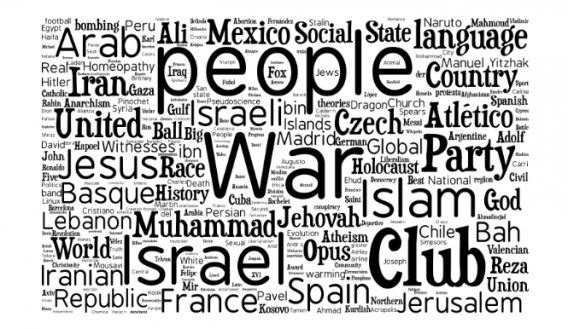 In the full document, we learn that in German homeopathy is very controversial, while in French UFOs are hotly debated. You can read the report in PDF format below, where there are lists of controversial subjects in some of the other Wikipedia languages.