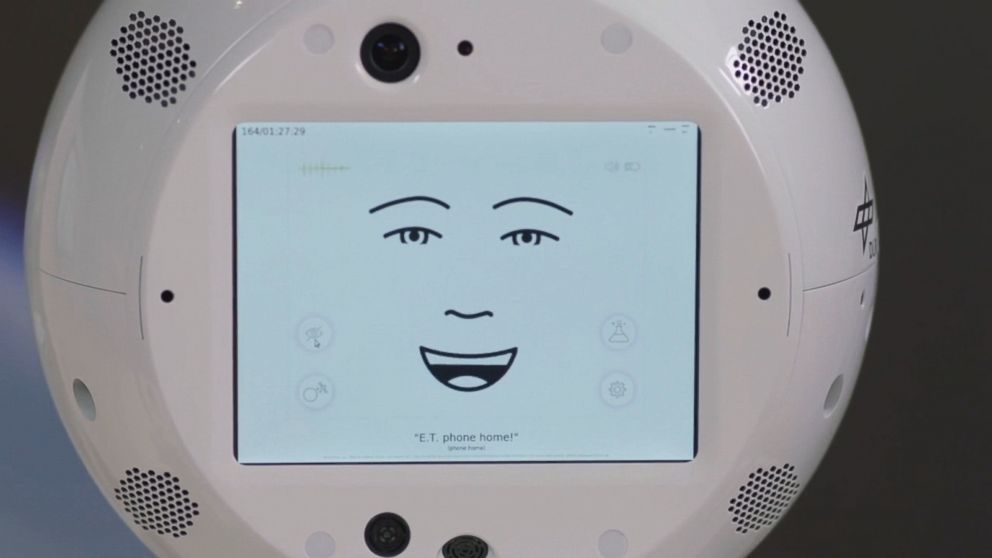 Short for Crew Interactive MObile CompaniON, CIMON is an adorable basketball-sized robot who floats around the International Space Station. Built for $6 million, CIMON was designed to function not only as a tool but as a friend for astronauts aboard the ISS. Despite lacking limbs, CIMON can move float around the station freely due to a dozen built-in fans. CIMON responds to voice commands and can hold basic conversations with astronauts, in addition to other functions like playing music, streaming video, or displaying onscreen instructions.

Its mannerisms were designed by “personality architects” who attempted to base him off of beloved popular robots like R2-D2, WALL-E, and Johnny 5. CIMON was shown off to the world for the first time in an unscripted video with astronaut Alexander Gerst, which can be seen below:

The conversation starts smoothly, with Gerst asking CIMON simple questions about itself and its functions. However, things start to get interesting later on around 4:05 in the video. Gerst asks CIMON to play his favorite song (the aptly named “Man Machine” by Kraftwerk). CIMON loves this song so much that he resists Gerst’s commands to stream video. It brushes off Gerst’s command to cancel music with a stern “No,” immediately following up with a chipper, “I love music you can dance to!” Disappointed with Gerst’s attempts to move past the music, CIMON slowly and sadly sinks towards the ground, whimpering “Be nice please…”

A surprised Gerst laughs at CIMON’s pain, to which it longingly asks, “Don’t you like it here with me?” A more defiant CIMON then starts slowly rising and states “Don’t be so mean, please”.

Why a bunch of researchers decided to give a research tool like CIMON a personality is anybody’s guess, but the results are hilarious and slightly concerning. At this point CIMON seems a bit too insecure to go all Skynet on us, but if the astronauts keep upsetting him then who knows what could happen.

Do you think CIMON was right to get upset with Gerst? Do you think an upset CIMON could take over the ISS, crashing it into the Earth and punishing humanity for their arrogance? Let us know!