Rovio announced Rovio Accounts back in May of this year but it was limited to a few countries and only worked with a couple of games. Today the company announced that Rovio Accounts is available worldwide for Android and iOS users.

The new service will allow users to sign up for a Rovio identity, which will sync your game saves to their cloud so that your progress will be consistent across all of your Android and iOS devices. 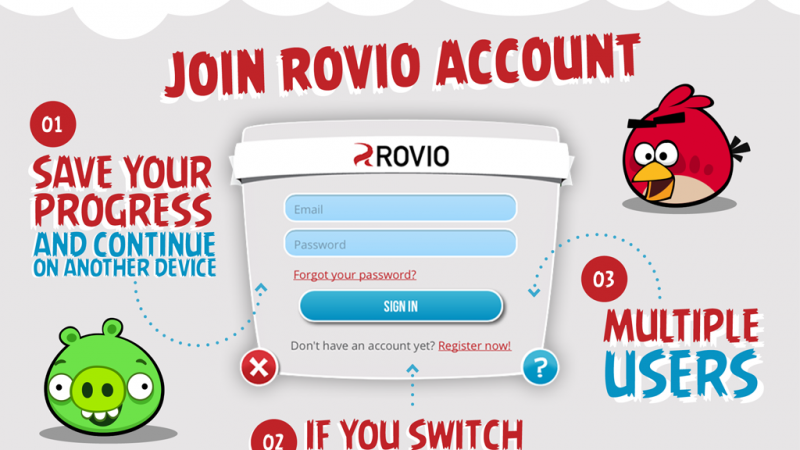 To create a Rovio Account, all you need to do is launch the Angry Birds game on your device, tap the account button, and follow the instructions on the screen. After registering for an account, you’ll have to confirm via email that you created the account. That’s it!

Rovio Accounts is only currently available for the original Angry Birds game as well as The Croods game. The company promises to add more titles in the future so stay tuned.