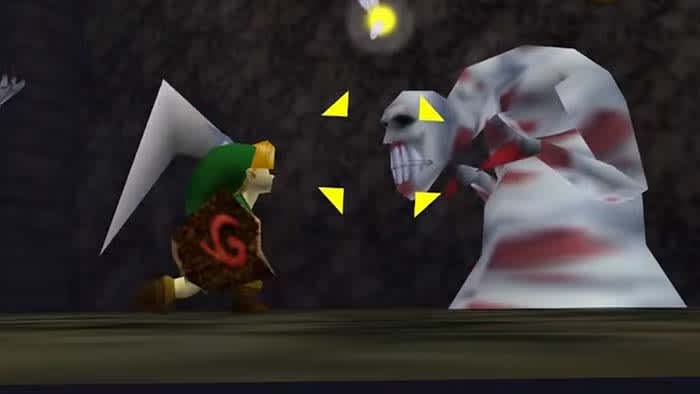 Every now and then a game will create an iconic enemy that’s enough to send shivers down the spine of even the most hardened gamers. Heres a look at the most terrifying, spine-chilling, heart-pounding enemies in gaming.

If you thought the Xenomorph was scary in the movie, just wait until you encounter it for yourself in the game. The Xenomorph is one of the main enemies in Alien: Isolation, relentlessly hunting the player character through the maze-like hallways of Sevastopol Station. You’ll find yourself hiding inside lockers and frantically crawling under desks as the Xenomorph slowly unfurls from the nearest vent, drool dripping to the floor as it tries to track you down.

Oftentimes, you’ll literally have to hold down a button on your controller to keep from breathing so that the Xenomorph doesn’t detect you. You’ll find yourself perking up your ears to listen for the creature as it clambers through the vents. Even after it goes away, you’ll be hiding long after the Xenomorph is gone just to make sure that you aren’t about to walk headlong into that toothy maw.

You and your friends are making your way through the zombie infested city ruins, blasting away at enemies, when you hear it: the low, pitiful sound of a crying girl. Any veteran Left 4 Dead player will know that sound by heart: the cry of the vicious Witch.

The Witch takes the form of a seemingly harmless sobbing woman, but the chilling background music that kicks in when she appears is enough to make you second guess running over to help her.

You and your friends will have to turn off your flashlights and creep quietly around her in the darkness. Any wrong move or stray gunshot and The Witch will bolt forward and instantly disembowel any nearby players with her disturbingly long, razor-sharp fingernails.

Splicers are the twisted denizens of the undersea city of Rapture. Excessive gene-splicing using experimental and addictive Plasmids have turned most Splicers into insane, violent psychopaths who will attack you on sight. Spider Splicers hold a special place among this malevolent menagerie.

As their name implies, the Spider Splicer’s genetic modifications allow them to skitter up and down walls and along ceilings. They’ll taunt you from out of sight, their chilling voices echoing through Rapture’s ruined corridors before they finally jump down and gut you with their wicked looking hook blades.

Wendigos are a disturbing creature from Native American folklore. Wendigos are created when humans resort to cannibalism, which warps them into twisted, inhuman monsters with long, spindly limbs, and an insatiable hunger. In Until Dawn, players spend most of the game believing the creepy happenings are the result of a human killer… until, of course, the Wendigo appears.

It’s then that you realize the stakes are much higher than you ever could have imagined. You’ll spend much of the rest of the game evading the Wendigos. Since Until Dawn uses motion controls, there are moments when you’ll literally have to keep stock still to prevent the Wendigos from finding you and ripping you apart.

6. Clickers- The Last of Us

Clickers are the final stages of humans that have been infected by the Cordyceps fungus. Clickers are as horrific to look on as they are to fight. Fungal growths cover every inch of their body, leading to some truly skin-crawling enemies. The sounds they make are also nightmare-inducing: unable to see, the Clickers get their name from the clicking sound they use to echolocate their prey.

Fighting the Clickers should be avoided at all costs; they’re tough and powerful, capable of ripping your throat out in a single bite. As such, you’ll find yourself in some tense scenarios where you’ll have to sneak your way through massive groups of these lethal creatures.

The 5 best apps to survive a zombie apocalypse

A shining example of Lovecraftian horror, Necromorphs are the result of exposure to a deep-space alien artifact known as The Marker. People that become Necromorphs are warped beyond recognition as knife-like extra limbs erupt from their backs and their bodies split and contort into impossible shapes.

Necromorphs are notoriously hard to kill; even after you take their heads off, they’ll still keep coming. To stop one, you’ll have to almost totally dismember it with Dead Space’s arsenal of mining tools and other improvised weapons. The best part? Necromorphs are the game’s standard enemies. We haven’t even mentioned the host of fear-inducing boss creatures and other horrors the game has in store.

The Walrider is the result of the intersection between science and the supernatural. The Walrider takes its name from a creature from German folklore that perches on the chests of sleeping children and drains them of life. In Outlast, the Walrider isn’t exactly supernatural: it’s actually a swarm of intelligent nanobots, controlled by the mind of a human test subject.

Only visible using your camera’s night vision filter, the Walrider floats above the ground at tremendous speeds and is capable of ripping any human to pieces in moments. When you finally go up against this creature near the end of the game, you only have one option if you hope to survive: run.

Almost human in appearance, the Regenerators are known for their jerky, not-quite-right movements. The sound of their ragged breathing is enough to induce a cold sweat in even the most hardened Resident Evil veteran. Even if you blow off their limbs, they’ll keep coming, crawling and leaping along the ground to try to bite a chunk out of your legs or shoulder. Some Regenerator variants even feature spiky protrusions all over their body, looking for all the world like walking iron maidens.

Anima truly is the stuff of nightmares. First encountered about midway through The Evil Within 2, Anima is a masterclass in how to create an enemy that induces pure, brain-numbing terror. First, you’ll notice a low mist begin to creep along the ground, and then you hear it: a woman’s voice singing an off-key, discordant melody. This means that Anima is nearby… and she’s most likely right behind you.

The worst part? Her singing comes from the controller speaker, so it sounds like she’s actually in the room with you as you play. Looking for all the world like a distillation of all the worst parts of “The Grudge” and “The Ring,” Anima lazily floats along until she spots you. After that, she’ll lurch towards you at inhuman speeds until you can see every detail of her cold, dead features. Just try to go up against Anima with the lights off. We dare you.

Pyramid Head is dread personified. Insanely tough and definitively creepy, Pyramid Head will move relentlessly towards you, dragging his massive blade behind him. Your gun does essentially nothing against him; your best bet is to stay far, far away and keep alive.

Pyramid Head will stalk you throughout the events of Silent Hill 2. What really makes Pyramid Head so frightening is his appearance: the giant knife, the bloody apron, and that blank metal helmet. You’ll find yourself going through entire segments dreading the moment that Pyramid Head appears. Even if he never shows up; his presence is constantly looming over the game, reminding you that you’re never as safe as you think you are.

With a list of enemies that make run-of-the-mill creatures like zombies look like child’s play, survival horror games have introduced gamers to some of the most spine-tingling examples of what the genre has to offer. Whether it be ghostly apparitions or murderous extraterrestrials, these enemies will stick with you long after you’ve beaten the game.

RE2: All lock and safe combos ►

RE2: All weapons and how to find them ►

RE2: How to survive the Tyrant ►