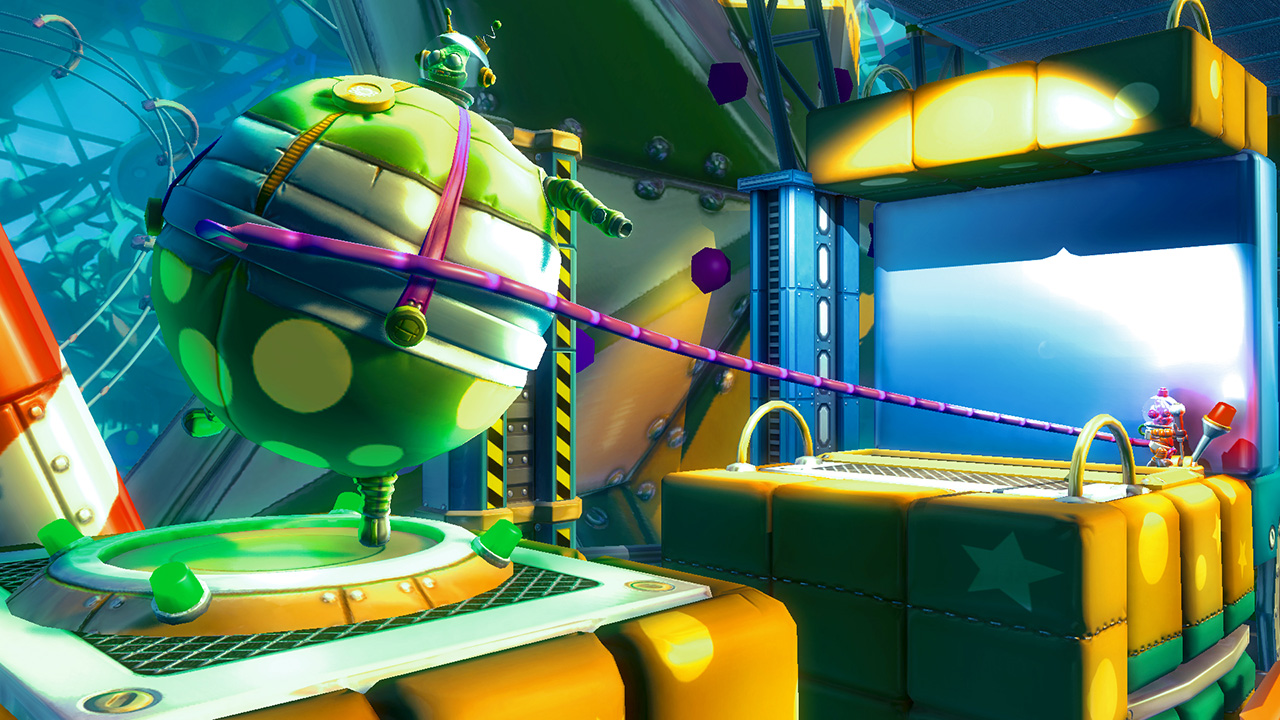 Sierra Entertainment is back with a new property. The defunct studio was resurrected by Activision in 2014, which acquired the developer back in 2008. Sierra developed popular games like Leisure Suit Larry and published iconic titles like Half-Life.

For a lot of gamers, Sierra brings back fond memories with its iconic logo. Now there’s a new, beautifully rendered high def version and I’ll admit, I felt shivers when I saw the new title animation before my demo for Sierra’s first new property, Shiftlings.

Shiftlings is a whimsical puzzle platformer developed by Rock Pocket Games. Shiftlings follows two silly looking aliens called Purple Plop and Green Goop on a reality TV show set in space that forces them to traverse hazardous levels performing menial tasks for entertainment. It’s entertaining for the audience because there are so many ways for Plop and Goop to die. And you will die in this game. Repeatedly.

The beginning levels start off easy enough, teaching you how to control two characters at once with one controller. The left joystick controls movement while the right buttons control jumping and switching characters/sizes. You’ll need to figure out how to get through each level by manipulating your characters’ sizes to work around obstacles. Your “fat” character will be heavier and can act as an anchor while the small one squeezes into tight spaces. Holding the top right bumper button will let you move both characters simultaneously.

Each level is beautiful detailed with tons of animations going on in the background. You’ll also hear the show host, Zookod Neutrino, narrate what you’re doing. He’ll give you hints if you get stuck, but in a hilariously condescending manner. 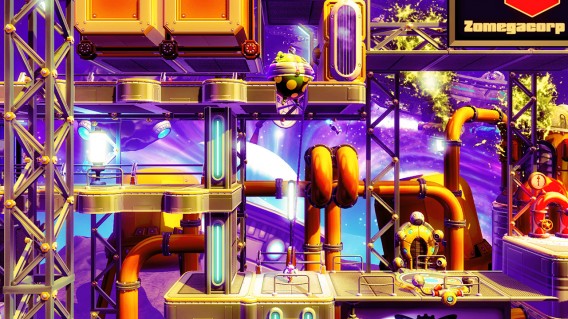 If you have a buddy, you two can play co-op (local or over the internet) where each of you assumes control over one of the two Shiftlings. While co-op usually makes games easier, it’s the opposite with Shiftlings. Both players can control when to switch from fat to small, making timing based challenges a test of friendship. While normal levels will allow some degree of planning, the frantic bonus levels will truly test your skill and patience.

Shiftlings will come with over 50 levels spread across five unique worlds. Each world has a theme, like dancing robots, and are beautifully animated. For a casual game, Shiftlings looks gorgeous on the PlayStation 4 and will release on multiple platforms. I asked Activision Associate Producer Andrew Petrie if there were plans to release more levels as DLC in the future. He said there are no plans at the moment but that they will wait to see how fans react. 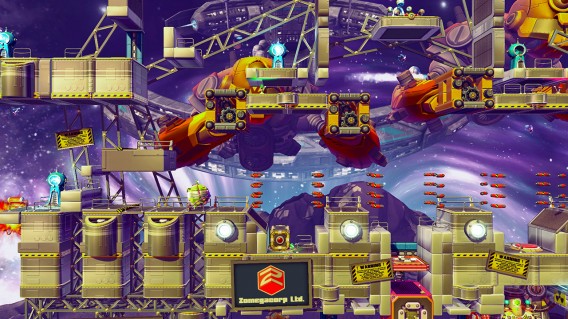 Some fans may be disappointed that Sierra chose a casual puzzle platformer as its first original property to publish after its resurrection but Shiftlings is just the beginning. “Sierra will focus on games that offer unique experiences,” says Petrie. The studio will concentrate its efforts on finding independent games that may have been looked over. Shiftlings started life as a Steam Greenlight project before Sierra picked it up.

It’s a smart move as Activision already has huge AAA titles such as Call of Duty. Think of Sierra as the company’s skunkworks in charge of experimenting with games with less mainstream appeal. Sierra can be bolder with the games it publishes and develops. For dedicated fans, there will be a new King’s Quest game expected to launch in fall 2015 .

Shiftlings launches this spring on PC, PlayStation 4 and Xbox One for $15.

App of the Week: Crossy Road