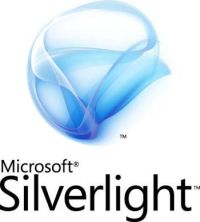 You know Silverlight, Microsoft’s rich media plugin, also known as Adobe Flash’s direct competitor. Last year Microsoft had announced that Silverlight would be available for Linux and Mac. Well in a move to win over even more of the market, Microsoft have cut a deal with Nokia to offer Silverlight on their S60 and S40 mobile devices and Nokia Internet tablets. The announcement will be made today at the MIX08 web conference in Las Vegas. The next generation of Windows Mobiles will also support Silverlight in what is becoming a truly cross platform plugin, the only way for Microsoft to win some terrain on Flash. John Case, general manager at Microsoft, claims that more than 8,000 applications have already been developed for Silverlight.

The Silverlight plugin allows you to watch any rich media or video from the internet straight into your browser. It supposes a significant gain in image quality and streaming performances. Having tested it out a few months back, I wrote that I found it overall pretty impressive, due in some parts to the fact that Silverlight supports HD quality video and how easy it is to install and run. I also liked how Silverlight allowed developers to build their own Rich Internet Applications (RIA) from the program. The only thing that I complained about was the lack of support for H264, Flash or AAC.

And in a future move, Microsoft have also announced that Silverlight would eventually be taken offline, much the same as Google Gears or Adobe AIR already do, so that the rich media plugin can really be accessible anytime anywhere. Beware Adobe Flash!

How to Create Breakout Rooms In Microsoft Teams