Recently released, RockMelt is a Chrome-based browser heavily integrated with Facebook and Twitter, but it’s not the first to do that. Flock has been around for a while, and this year it moved from being Firefox to Chrome based too, cutting its extensive social features back to Facebook and Twitter. 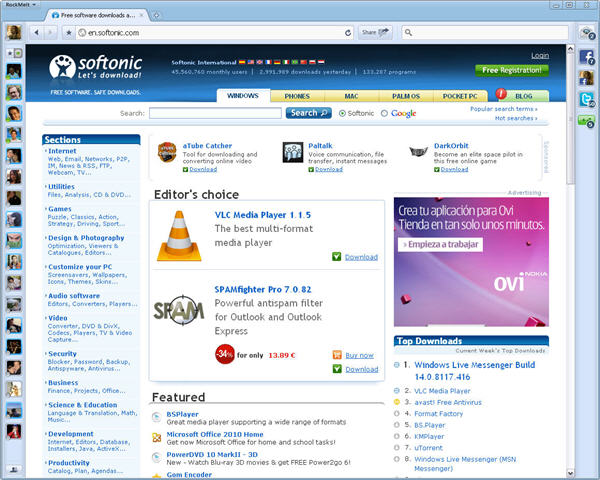 Both browsers are designed for use with Facebook and Twitter. With Flock, both are integrated into a single retractable sidebar, whereas RockMelt uses iPhone-like buttons with notifications and pop-out floating windows. RockMelt also integrates Facebook Chat, while both have share buttons next to the address bar for quick link sharing. Of course, personal taste will come into this, but I do think RockMelt separates the two services more clearly, while its notification system is also neater. Flock does allow you to add your YouTube account, but you can add any feeds to RockMelt.  Winner: RockMelt

Chrome is the base of both of these, and that’s obvious in their overall style. However, RockMelt’s tabs and text look better, and the social features are much flashier and more convenient. With its easily retractable social bar, Flock can quickly give you the most browsing space, but RockMelt’s two sidebars are very slim. When you close the Flock sidebar, you won’t be interrupted by any updates, while RockMelt’s minimized buttons always tell you when something’s happening.If you want to use a social browser, staying up to date and connected is the point – so RockMelt makes more sense. If you really want some peace you can easily close all the social sidebars. Winner: RockMelt 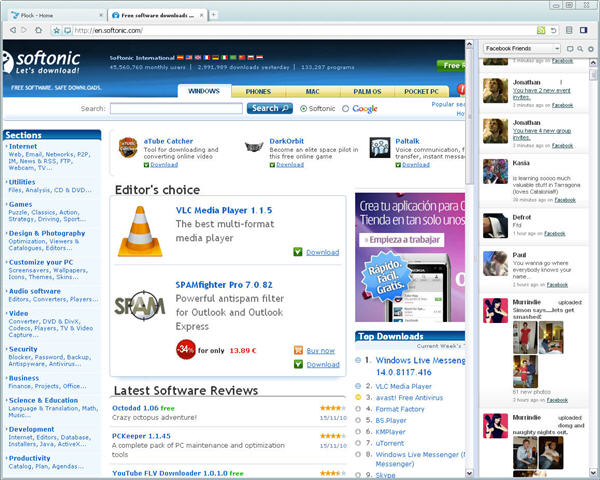 Despite its double sidebars and having Facebook Chat running, RockMelt used considerably less memory than Flock, often by up-to 25%. This is surprising, because Flock’s interface seems lighter and simpler and also has less features. Winner: RockMelt

RockMelt is still in a limited beta. It’s not hard to get an invite, but you might wait a few hours or days depending on your luck. Flock is available now, but unlike RockMelt, the newest version isn’t available on Mac yet. Winner: Flock

In its current development stage, RockMelt is by far the best social browser of the two even though it’s still a beta product. Flock feels less developed and isn’t different enough to a traditional browser to be a serious contender. The earlier Firefox version was a bit heavy, but it was full of features that really did make it unique. More work is needed on this Flock. RockMelt, feels light, fresh and different. It’s great for Facebook and Twitter addicts, although some users may find it a little distracting. You can apply for a beta here, or follow us on Twitter and we will give you an invite as we get more.

New Tricks and Features You Didn’t Know Existed on Firefox