Social networks are, of course, becoming online marketplaces for all kinds of retailers. A marketing gold mine, stores from ASOS to Sephora have massive social presences–and generate tons of traffic from their profiles. 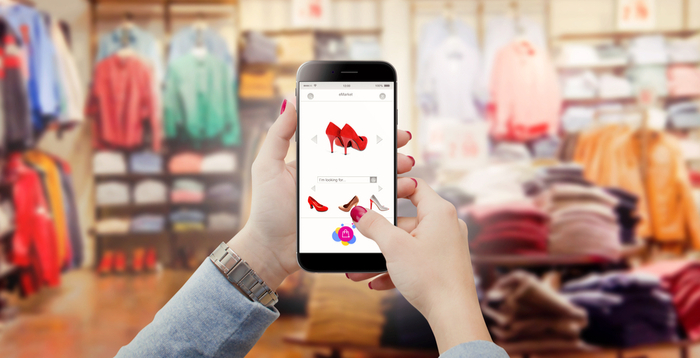 And it’s not surprising, Facebook, Twitter, and especially Instagram are teeming with eyeballs and potential consumers ready to shop. That said, social marketing isn’t exactly a huge revenue stream for brands.

So, what’s the holdup?  Well, for starters, people aren’t quite used to it. And, there may be some underlying concerns.

Here’s a look at the state of social shopping–or “s-commerce” and where it’s headed.

Shoppable posts haven’t been around that long

Where social media started as a way to keep in touch with friends and acquaintances from your past, it’s become an increasingly larger part of our consumerism.

As it stands, 70% of posts have some kind of branding attached anyway, and four out of five Instagram users follow at least one business on the platform.

In a survey of 5,500 consumers in the U.S., UK, Australia, France, and Germany, 74% of respondents stated that there was a connection between watching a video on social media and making a purchase.

And it kind of makes sense. While we can lament the state of advertising and the blurring lines between commerce and our personal lives, Instagram has always been about inspiration. 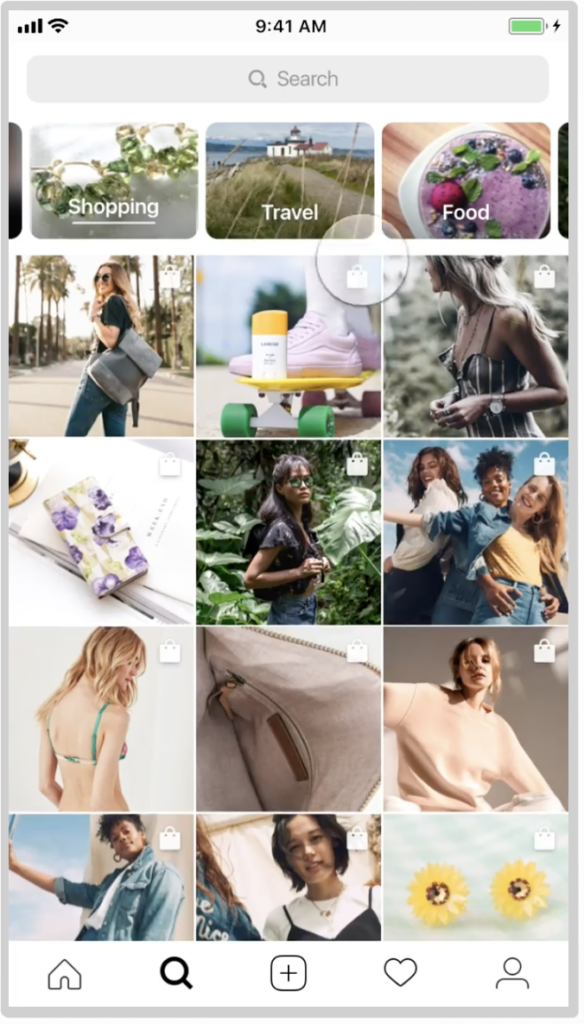 The existing shopping feature is super easy for users. See something you like and click on the image.

Images that are “shoppable” contain links and include a shopping bag icon that will show up In the top right corner of your account profile.

When you click, the message, “tap to view product” will appear. You’ll then have the ability to select your size, color, etc.

It’s actually pretty cool if you’re already an Instagram user. Still, the uptake isn’t as fast as you might imagine.

So, why are people afraid to buy though social?

It’s interesting that so many studies and surveys have found that people rely heavily on social media to make purchasing decisions. It’s a way to gather information about a product or service—you can see how clothing looks on real people or read reviews about a company. So, with the central role in commerce, why are people not shopping yet?

The answer may be security.

According to a report from Sumo Heavy Industries, social media plays a huge role in product research, but many users still feel reluctant to make the actual purchase through social platforms.

There’s some concern that the transaction security isn’t quite as strong as an e-commerce platform, and consumers worry about their privacy. It seems that businesses will need to reassure consumers that their transactions are valid and secure.

The average shopper will likely need some education before changing their digital habits.

If you Love Shopping, you Need these 6 Apps

When will S-Commerce pick up traction?

Well, it’s got a lot to do with Gen Z. The primarily adolescent generation depends heavily on mobile and uses social media as a way to research purchases.

While last year, an eMarketer study found that 34% of shoppers had never bought anything on social media, retailers are hedging their bets on s-commerce.

What’s more, retailers have only made about 2% of their revenue through social media. Which… isn’t great.

The key to building trust may lie with the big brands. Limited-run events may attract an initial audience and warm skeptics to the next wave in shopping. We used to be scared of buying books on Amazon, after all.

Retailers like Nike are a prime example of how to do social selling right. The company participated in Facebook Messenger’s AR beta and sold out of the Kyrie 4 shoes in just 23 minutes. Sephora did something similar during the beta run, but haven’t released any numbers as of yet.

Is your phone making money for somebody else? The rise of the mobile crypto-miners

As we write this, we’re staring down a new phase in so-called “s” commerce. Instagram is working on a new standalone app made exclusively for shopping.

The proposed app will allow users to browse goods from the merchants they follow on Instagram, but pull those items into one central location. This way, they can shop more like they would from a traditional online store.

Facebook is looking to follow suit, too. There’s talk that the social giant may start rolling out more tools for merchant sellers building brands on social media—which may pose a threat to e-commerce platforms like Marketo and Shopify.

And then there’s Snapchat, which has announced some interesting shopping experiences themselves. The app has joined forces with Amazon to let users buy products on Amazon based on what they point their camera at.

The shopping tool is currently available to a small selection of users but may be a new source of revenue for the company, which has been experiencing some challenges since going public last year.