Spawn, Joker, and the Terminator coming to Mortal Kombat 11 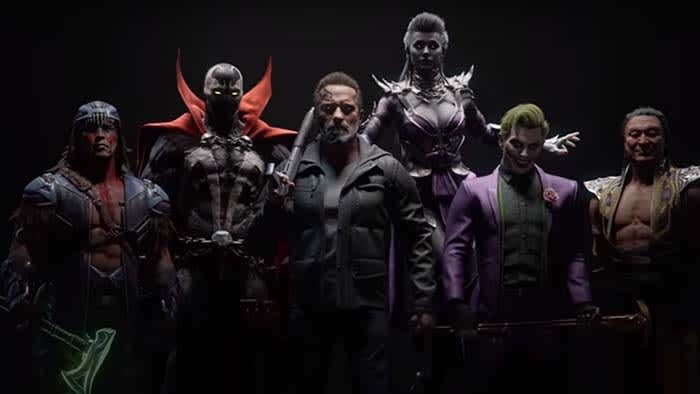 We finally got to see the DLC characters for Mortal Kombat 11, and we are hyped. Joining the world of Mortal Kombat, we have Joker, Spawn, and the Terminator. Also, Shang Tsung, Nightwolf, and Sindel are also returning to the arena! Each character will be getting new skins and gear that will also be in the DLC. There will also be 19 additional skins for other characters.

This isn’t Joker’s first time entering the carnage that is Mortal Kombat. In 2008, he appeared in Mortal Kombat vs. DC Universe. That game was decent, but the lack of gory fatalities upset hardcore fans of the series.

Speaking of the Joker, we have to talk about his new look:

Although he isn’t sporting tattoos and grills like in “Suicide Squad,” this younger-looking Joker still looks… off-putting. He doesn’t look much like the Clown Prince of Crime, and instead kinda looks like some weird kid’s cosplay.