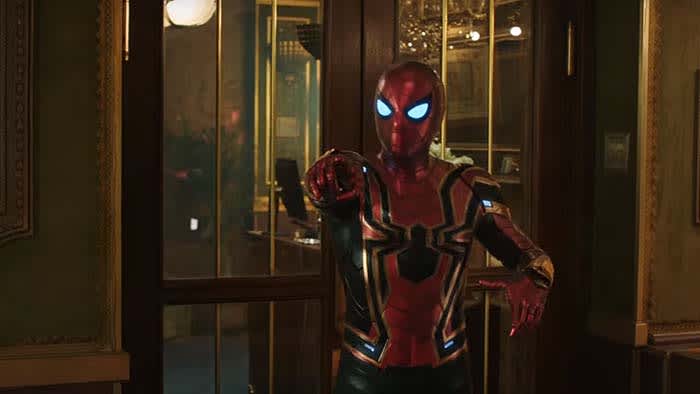 As Tom Holland says at the beginning of the trailer, if you haven’t seen “Endgame” yet, stop right now. There are spoilers ahead!

After the hype train that was “Avengers: Endgame,” we are ready to hop aboard the next one with “Spider-Man: Far From Home:”

In the “Endgame” aftermath, Peter Parker needs to learn how to live in a world without Iron Man. While fighting crime across the Big Apple, Spider-Man decides to take a vacation with his friends. Around this time, Nick Fury is trying to get ahold of him, but Spidey ignores his calls.

After the events of “Avengers: Infinity War,” and “Endgame,” Peter has suffered great losses, including his own life, until being snapped back to reality (oh, there goes gravity). We may be seeing a Spider-Man who understands the consequences of being a superhero, so he may want to live life as a normal teenager for a while.

The trailer also gives us another look at Jake Gyllenhaal playing Quentin Beck/Mysterio. Beck appears to be working with Nick Fury on the side of good. He also claims to be from an alternate universe and got there after Thanos snapped his fingers. Fury wants Mysterio and Spider-Man to team up to take down threats that slipped in from alternate universes.

In the comics, Quentin Beck lies about being an alien from another world, so this multi-verse talk might be hot air. Our guess is that Beck is full of it, and the monsters they are facing are under Beck’s control. With Iron Man out of the picture, Beck might be trying to take the role of Earth’s mightiest hero. However, if Beck isn’t lying, then we might get introduced to a live-action Spider-Verse.

Since the trailer confirmed that the movie takes place after the events of Endgame, we now know for certain that Ned, Flash, and MJ all also died from the first snap, and were brought back by the second.

Peter and MJ look like they’re headed for romance in this film, but it will be taking a backseat to the rest of the story. MJ also reveals in the trailer that she knows that Peter is Spider-Man, so now, basically everyone who knows Peter also knows his secret identity.

We’re excited for “Spider-Man: Far From Home,” and we luckily don’t have to wait too long. The movie is set to release on July 2 of this year, and we can’t wait to see it. “Endgame” was satisfying but left us wanting more. Thankfully, Spider-Man is on the way.

More about The Avengers