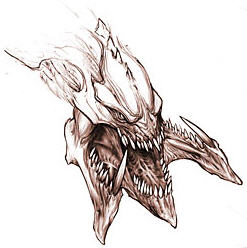 Nearly a year ago we announced how Blizzard had started work on the sequel to one of their most famous titles, Starcraft. We even showed you the trailer for the upcoming game. Since then, nothing new has really been revealed, not even the release date, which some say should come around the first trimester of 2009.

This week though, Blizzard gave a bit more information on one of the races you’ll find in the game, the Zergs. These efficient killers will be divided in two units, Hydralisk and Mutalisk, and instead of focusing on creating weapons or ships, will use biological mutations to make their own specie more deadly and resistant. The whole Zerg environment is effectively organic. Check out the Blizzard page for sketches and paintings of the race.