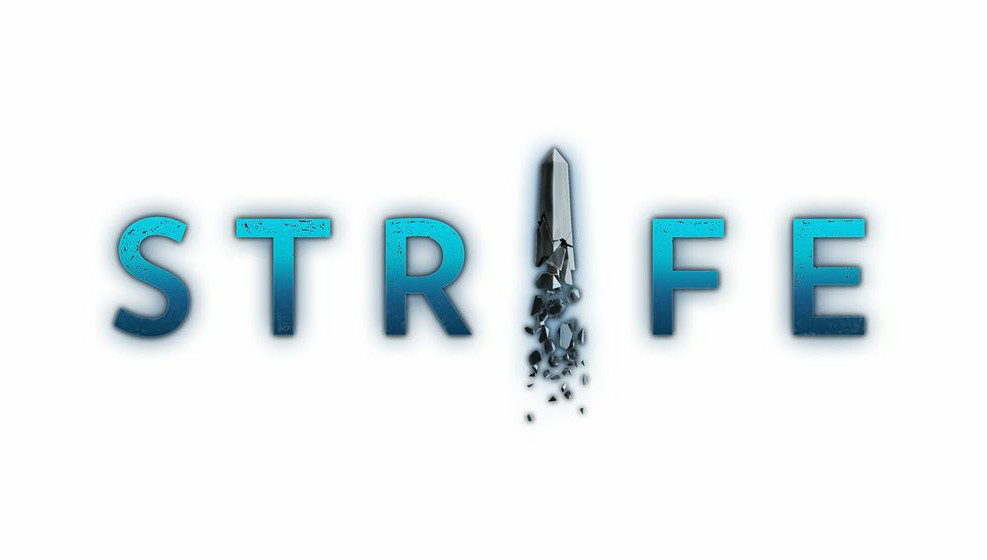 S2 Games decided that the sea-side town of Sausalito, north of San Francisco, would be the perfect place to debut its newest game.

The company introduced Strife, its multiplayer online battle arena (MOBA) game, for the first time and openly discussed all of its elements. S2 Games introduced the story and lore of the game with CEO Marc Deforest saying, “lore was always tacked on.” Strife takes everything the company learned from its own MOBA, Heroes of Newerth, and improved upon it.

The company also introduced the Hero characters, explained their art style, monetization, and introduced Strife‘s gameplay in detail and offered us hands on with the alpha build. 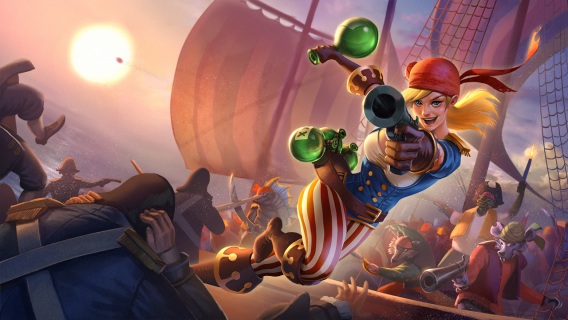 S2 Games’ flagship title is Heroes of Newerth (HON), the number three MOBA title in the world. Many of the changes that S2 Games made in Strife were to combat issues found in HON.

Generally, MOBAs are designed for close-quarter lane-specific battles between a small number of players. The character classes that are chosen are specific to a player’s style, but many MOBAs update content through additional characters, items, and arenas. This leads to a large level of bloat, causing confusion for new players who have never tried the genre.

This problem is what S2 Games saw with HON. It was impossible to get potential new players into HON because of the huge amount of characters and information, much of which wouldn’t mean a lot to a new player. This also lead to “toxic” gameplay where new players couldn’t keep up with more experienced veterans.

Taking information from HON, S2 Games found that the majority of toxic gameplay actually occurred within teams, rather than directed at the opposing side. New players who didn’t know MOBA strategy would choose characters and play matches without knowing correct strategy, leading to bullying. This made the MOBA genre difficult for new, but interested players.

One of the goals of Strife is to use a “less is more” concept. Streamline the game so that experienced players can enjoy it, but also leaving enough space for new players to discover and play without being penalized for not knowing the fundamentals of the genre.

It was interesting that S2 Games referred to HON as the place where they found many issues that they’re addressing.

Focusing on the core elements

During S2 Games initial presentation, Deforest discussed the current state of MOBAs and how improvements were mainly adding massive amounts of content like characters, items, and cosmetics. He also admitted that HON was guilty of doing this using the current count of 118 characters as an example.

Strife is the company’s response to shallow game updates, deliberating if every change makes the game better. The streamlining of Strife is about creating a game that everyone can enjoy.

Lore and story is key in Strife. Where MOBAs normally add updates with new characters and maps through a loose narrative, Strife counteracts that by creating an expansive lore that guides how new content will be added.

Strife takes place in a world with six different planes. These planes focus on different themes like nature and technology. The planes encompass a different types of worlds, and players will likely find an interesting plane to choose their character from.

The core story is about the “Trials of Strife”, where these six planes are connected through portals and warriors are brought together to train in case a great evil escapes from its prison. The story of Strife expands a lot beyond this quick summary and S2 Games will provide an in-depth explanation of lore on its website.

The expansive lore is also how Strife will refrain from updating too quickly because S2 Games has to decide how each Hero character will exist within the story. New characters and items have to make sense within the lore of Strife.

Simplification also expands into the visual design. Jesse Hayes, Executive Director of Art, stated that there are three mantras that the art department follow. Accessibility, readability, and memorable. These mantras went into the design of every character in Strife.

The Heroes were designed by using classic character stereotypes, but adding a twist to their backstory. They also added personality to each Hero through the different animations used and included a lot of variety in which characters are included. While the game will ship with a small number of Heroes when it launches, updates with new characters will still have this design scheme applied.

The mantras of simplification were also applied to the design of maps. Each one is hand-crafted. There was a bigger focus on readability and he showed an example of a map from HON compared to Strife.

Maps focus on low visible noise, which means extraneous effects character and attack animations. It was easy to see that some spells in HON looked amazing, but created a lot of visual noise so you couldn’t tell what was going on during a match. Strife is cutting back with spell and attack animations by really researching the absolute maximum length any animation needs to be.

S2 Games showed a small sample of Heroes, but from the hands on, Strife accomplishes its goal of having recognizable Heroes and easy to navigate arenas.

Director of Monetization Pu Liu comes from a MOBA background as a former professional player. His explanation about the toxicity in MOBAs where in-fighting and conflict within teams lead to new players to quit quickly was interesting. With his background and the experience that S2 Games has, they are actively trying to create a game that has teams working together against the opponent rather than themselves.

S2 Games made significant changes. There is no all-chat during matches and team chat is disabled by default. You can choose to chat with friends and selectively add other players. This was a big problem previously where experienced players would slander new players who didn’t understand how to play “properly”. 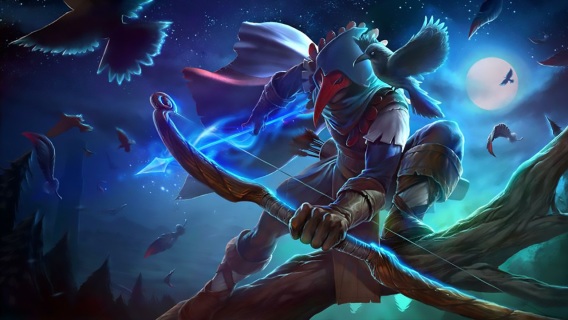 Additionally, gold is changing from an individual to a team-based resource. Instead of the “last-hit” mechanic, Strife is deploying more teamwork in strategy. This will help support classes earn gold without having to sacrifice themselves. Depending on the situation, gold is evenly distributed between the team or a number of players. This means an attack class can sit in the middle of battle while the support character stays back.

There is also a Karma system used to rate players. Karma is used to provide information about the community. S2 Games added a mathematical formula to graph players through feedback. The goal is to isolate outliers and address issues. Players with extremely negative Karma will be muted in Strife. Your Karma score will also affect the post-match rewards that are given. Choosing from four chests defined by one of six different grades, you can win high level items. But the rewards are defined by your Karma score.

With a smaller selection of Heroes, Strife is promoting different ways to individualize players. Strife is allowing players to unlock pets, companions that can be brought into battle and feature special abilities. When Strife launches, there will be ten pets but more will be added later. Pets can level up by giving them food to unlock new abilities. As pets level, they will evolve to become more beneficial in matches. To unlock pets, you have to collect shards, which are one of the four commodities along with food.

The other two commodities are ore (a common commodity) and essence, which can be used to enchant or make items permanent. Items last fourteen days, but if you enjoy using a specific item, you can use essence to keep it. Essence can also be used to improve attributes, but you can’t directly purchase essence to stop pay-to-win strategies.

While you can collect items after matches, you can also craft them. S2 Games calls it “theory crafting.” You have a set of components that you collect to complete the item recipe and create the item. Alternatively, you can add different ingredients to the recipe to see the result. S2 Games want players to experiment a lot so they made sure to keep the cost of crafting very low.

S2 Games didn’t go into a lot of detail about how pets, items, and crafting worked in the demo, but it does appear that they will be spending a lot of time developing the system.

Strife is launching as a free-to-play game and monetization is important to keep the game running. S2 Games is applying a different monetization strategy.

There is no premium currency in Strife. Gems are used as a “median” currency to purchase things. This means you purchase gems to purchase items, but not to purchase things that support the play-to-win mechanic. Examples of using currency are the post-match chests. While it’s free to open the first chest, you can decide to spend money to open a second chest.

Cosmetics are also purchasable like gear sets, variations on character design, and dyes sets which are redesigned color schemes for characters. Hayes stressed that these were not simple color swatch differences, but hand designed changes.

Strife is a store-less economy so there isn’t a main hub for a storefront. All the places where money can be spent is in relevant places like the forge. The forge is a place where you can spend money for better results when crafting. Strife will also allow players to pay to unlock new pets, but this will not result unlocking a pet that starts at a high level.

S2 Games did state that Heroes will always remain free with no cost to unlock.

A large change in the gameplay of Strife is that with the clean sheet design, players are not stuck in required roles. Using items and crafting, players can create a custom play style with any Hero. S2 Games stated that they are focusing on quality over quantity content. With the different variations possible that the content it is releasing,

S2 Games is focusing on giving a lot more choice to players. There’s less focus on punishing players for making mistakes, but helping them learn how to play.

The brief demo didn’t show much about how character customization would change the Heroes and most were setup with basic skills. A big focus for Strife is to create an environment that will welcome and foster new players so they can learn and excel. As Strife moves to closed beta, more details should be revealed about how players can customize Heroes to their individual play style.

Dissolving the barrier to entry?

S2 Games spend a lot of time talking about the MOBA genre and how they think Strife will fix these problems. As another free-to-play game, there isn’t a cost of entry so there’s nothing to stop people from playing the game. The ways S2 Games is going to combat toxicity is interesting and if they succeed, it should lead to a better community. The monetization strategy in place could lead to a more fine-tuned economy where players are experimenting with crafting and forging. Strife has potential to create a very positive community with the Karma system and rewarding players for collaboration.

The big question is if Strife can achieve all the goals that S2 Games has put forward. With what sounds like a lengthy beta phase, S2 Games has a lot of work to do to hit all the goals it set for itself. The company has tons of experience from HON and hopefully old and new players will enjoy the clean sheet focus. The less is more mantra that S2 Games is using may be the solution to making MOBAs fun for everyone.