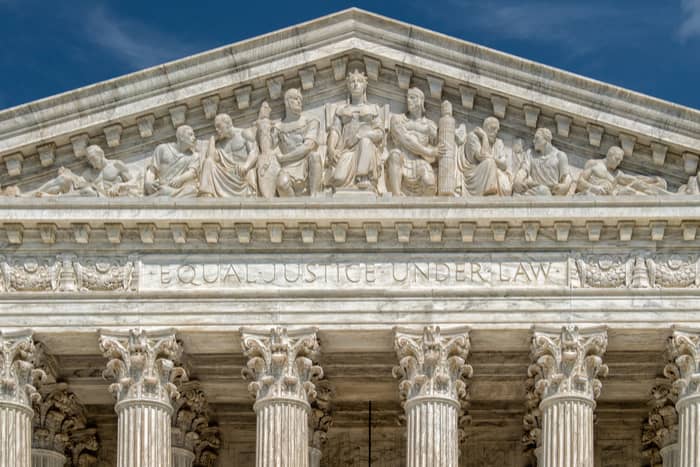 The Supreme Court has ruled that iPhone owners have the right to sue Apple. The court ruled that Apple may be violating U.S. antitrust laws with its App Store. Speaking on the decision, Justice Brett Kavanaugh (who surprised many by siding with the liberal half of the Supreme Court on this matter) said: “This is why we have antitrust law, [for when] retailers engage in unlawful anticompetitive conduct that harms consumers.” It was a 5-4 decision.

Though the Supreme Court did not accuse Apple of breaking antitrust law itself, it is saying that Apple’s App Store exclusivity gives its customers the right to sue them.

Apple’s App Store is notorious for being airtight. They have an extensive approval process for their store and Apple takes 30% of all money made on app purchases (including in-app purchases). Developers who want to make apps for iOS devices are forced to play ball with this 30% cut, as Apple does not currently support any way to obtain apps other than the App Store.

iOS app developers have claimed that they have had to inflate their prices to make up for Apple’s 30% cut, which they cite as the result of anticompetitive, monopolistic behavior on Apple’s part. Apple countered by saying that customers have no right to sue, as they consider the App Store to be an intermediary between customers and app developers. Responding to Apple’s claim, Justice Kavanaugh said:

“Apple’s theory would provide a roadmap for monopolistic retailers to structure transactions with manufacturers or suppliers so as to evade antitrust claims by consumers and thereby thwart effective antitrust enforcement.”

Of those who disagreed, Justice Neil Gorsuch (who, like Kavanaugh, was appointed by President Trump) argued that if Apple’s App Store policies could be considered monopolistic, then the app developers are being hurt the most, and they would have the right to sue rather than consumers.

Apple seems confident that they will prevail in this suit. In a statement, they said:

“We are confident the App Store is not a monopoly by any metric. We’re proud to have created the safest, most secure and trusted platform for customers and a great business opportunity for all developers around the world. Developers set the price they want to charge for their app and Apple has no role in that.”

The Supreme Court ruling could have huge ramifications for digital platforms with similar marketplaces to the App Store. More open digital platforms lead to a greater diversity of ideas, so moving forward this can be seen as an absolute win both for consumers and developers.

How to Add Text to TikTok in 5 Easy Steps