What is Telegram, and is it better than WhatsApp?

Telegram is a new mobile messaging app that’s on the road to becoming WhatsApp‘s biggest competition, but what makes it different, and why use it if there are already so many messaging apps out there?

The app was developed by the founders of VKontacte, the most popular social network in Russia. At first glance, it looks almost identical to WhatsApp, but there are some differences. Read on to find out what they are.

While WhatsApp is a tightly closed platform, Telegram has an API that allows third parties to connect with the application. This leads to a lot of non-offical clients for Windows, Mac, Linux and even Android (although there’s an official Android one too). 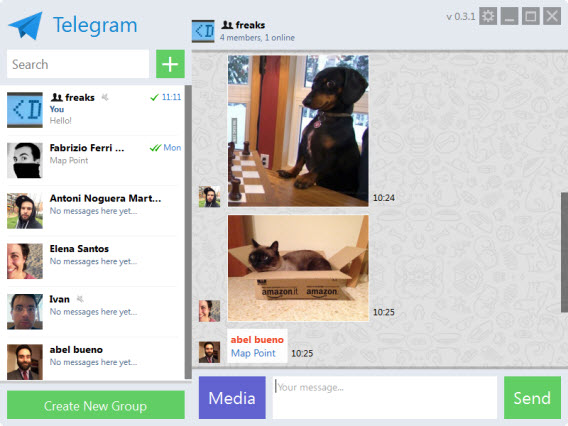 Telegram for Desktop works okay, even though it’s still in beta

WhatsApp, on the other had, is only accessible on the web via virtual machines or client applications installed on your phone, like Whatsremote.

LINE does have versions of its program for Windows, Windows 8 and Mac, but only via official applications.

Free, with no ads

Telegram’s FAQs states that “Telegram is not intended to bring revenue, it will never sell ads or accept outside investment.”

Meanwhile, WhatApp continues to apply its confusing annual yearly payment plan at $0.99 USD per year. In reality, many users have never paid, instead receiving extension after extension (personally, I’m at 3 so far).

Telegram seems to be positioning itself closer to LINE’s policy of micropayments, although instead of selling stickers, which it doesn’t offer, they’d sell other ‘non essential’ options. Only time will tell what they’ll be. 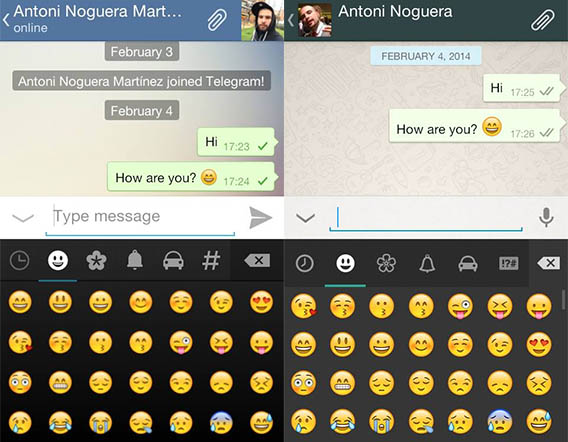 Telegram on the right and WhatsApp on the left– practically twins.

This means that swapping from WhatsApp to Telegram is completely painless. And it’s not just the interface that’s the same: the app behaves almost identically too. Telegram uses the same method as WhatsApp to see current chats, contacts, or to begin a new conversation.

Safer than the competition

Telegram provides a higher level of security for your conversations, regardless of how paranoid you are. For regular users, it encrypts messages between the client and its servers. For more demanding users, it eliminates the middleman and provides strong client to client encryption. 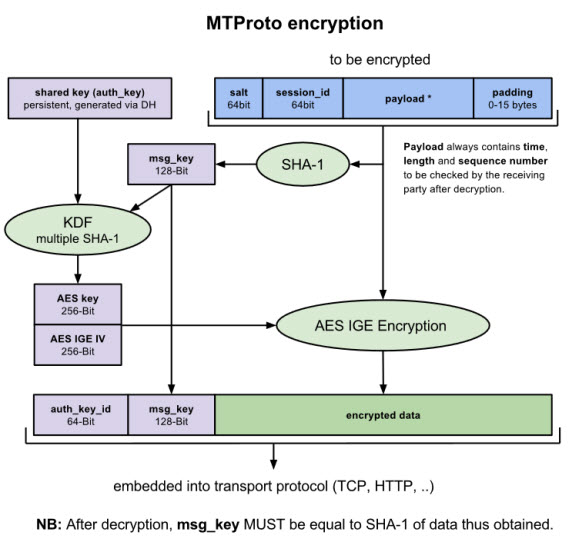 The extra security covers secret chats, a type of “incognito mode” that gives the chat some special properties, such as the above-mentioned encryption, as well as the option for self-destructing messages. Both functions can be enabled from a secret chat by touching the image of the person you’re talking to, which is in the top bar. 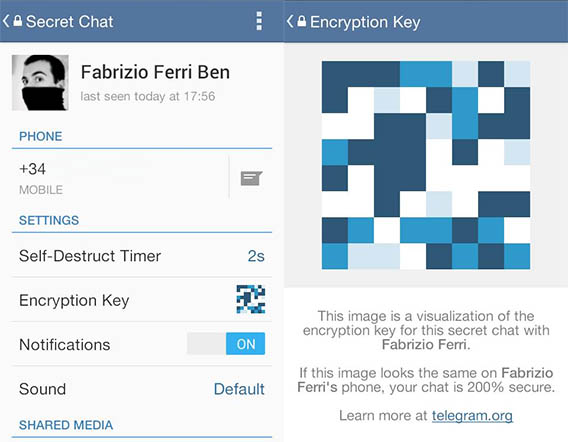 The encryption key has no real use except for confirming – as long as your friend is close – that both keys are the same. If they are, the app assures you that “your chat is 200% safe“.

If you choose the self-destruct option for your mesages, you can choose a period of between 2 seconds and a week before your message disappears. The countdown begins from the moment your message is read by the other person.

The creators of Telegram are so certain that their app is secure, that they’ve offered a $200,000 reward to the person who manages to hack the protocol.

Telegram’s privacy options work more or less like WhatsApp’s: anyone can see when you were last online, as long as you are in their contact list. The developers have said that they may offer the option to hide this information in the future, like in WhatsApp.

One of WhatsApp’s most infuriating features, the check marks, are much less stressful in Telegram. Instead, 1 check means that your message has been sent, and 2 mean that it’s been read. See ya later WhatsApp ambiguity!

What doesn’t Telegram have?

Telegram is a new and promising messaging app, but if you’re thinking of switching, keep the following in mind:

Telegram is a really open app, and we’re expecting lots of changes in the future. Even though it lacks some features now, Telegram is a good option to keep an eye on.

Will you drop WhatsApp for Telegram?

RELATED STORIES:
Telegram: “If you don’t trust us, use the secret chats”
Free messaging app Telegram gets 5 million new users in a day
5 reasons to leave WhatsApp now that Facebook owns it… and 1 reason to stay