Telling stories with The Sims 3 blogs 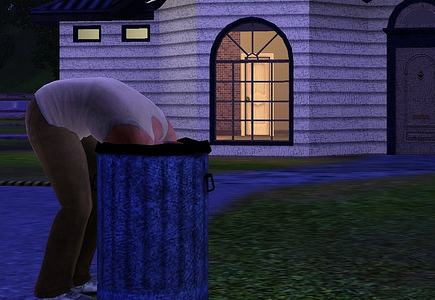 The Sims 3 is undoubtedly the best in the series, and it’s so engrossing that people have been inspired to create blog soap operas out of the game. The first one I saw, like most people, was Alice and Kev. This excellent blog follows two homeless Sims, an insane father and his clumsy, shy daughter. It manages to be funny and touching, so it’s a shame the author seems to be taking a break! Read it from the start here.

There are an increasing number of Alice and Kev-a-likes. Unfortunately not many of them are as well written or humorous. There seems to be a split between having no real story, or being really worthy. In His Own World is about an unloved boy with mental problems. There are lots more characters in this story, and the author clearly enjoys creating difficult situations, however it feels forced, and lacks the humor of Alice and Kev. You can also follow Meet Mitsy Kedler, Quinn and Kendra, or Right and Wrong.

TheSims3Blog doesn’t tell a story, but features lots of videos about the various people created in the game, some of them are great! The most promising Sims 3 blog I’ve seen for a while, though it’s still in its infancy, is Left 4 Sims, a blog that recreates the Zombie fighting survivors from the fantastic Valve horror shooter. 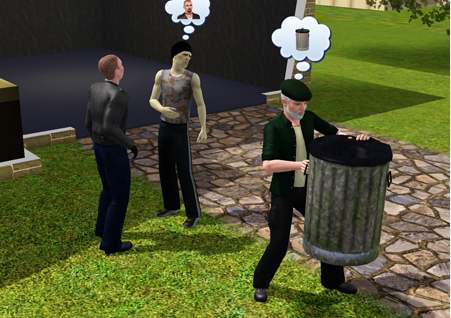 I can’t think of another game that has its players blogging about their experiences, but perhaps Battlefield 1943 or Super Mario aren’t such good narrative material….