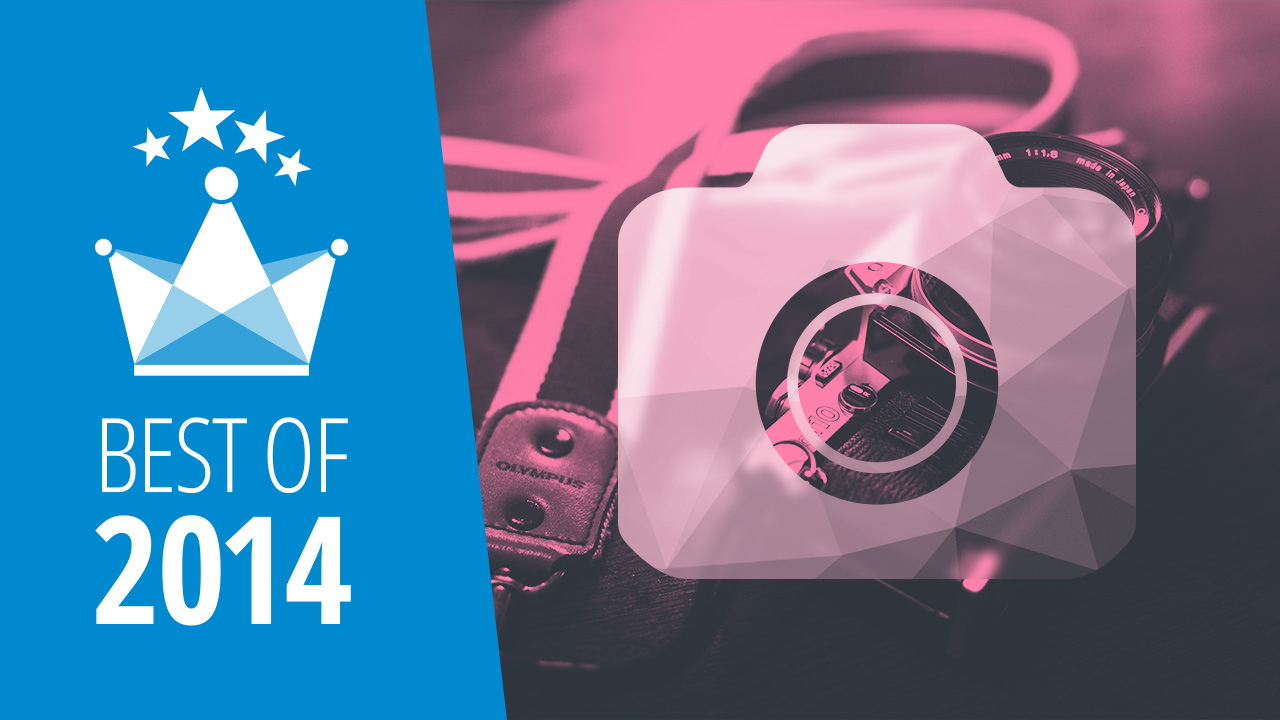 For photography lovers and video fanatics, 2014 has seen lots of innovation, making it a natural category for our Best apps of 2014 series. As always, social networks have come to rely even more on photos, and with the introduction of new video techniques like time lapse, there’s been no shortage of new apps that cater to the latest photo and video trends.

After a heated debate, our Softonic editors were able to decide on the best photo and video app of 2014, Hyperlapse, and its 4 runners-up.

This latest release from Instagram was an insta-success, and not just because of its ties to the already successful social network. Its biggest strength lies in innovation; the app combines both video stabilization and this year’s trend of time-lapse videos, the result of recent developments in mobile technology. Hyperlapse proves to be the perfect example of putting these two things to good use on mobile phones.

Not only that, the app’s simple and streamlined interface makes using it really easy, letting anyone with an iPhone turn their shaky videos into a beautiful Hyperlapse.

In the year of the ‘selfie’, Facetune has some major selling points. Notability, its high quality tools, usually relegated for professionals, makes it the perfect choice for quick and effective photo editing for even the most basic users. Perfect skin, teeth, and hair are all within reach thanks to Facetune.

It gives a much more instinctive approach to photo editing, especially on touch devices, and it takes all of the best photo-editing features of other apps to make it one of the most complete photo editing tools for mobile.

When Apple announced that it’d cease development of pro photo-editing app Aperture in favor of OS X Yosemite’s new Photos apps, Adobe Lightroom became the natural replacement. Having released a version for iPad this year, Lightroom has emerged as the most complete multi-platform service for professionally managing and editing photos.

Aside from a bunch of really professional tools, Adobe Lightroom shines when it comes to multi-platform integration. The iPad, PC, and Mac versions integrate seamlessly so that you can organize and edit your pictures on any platform. The PC and Mac versions prove its high quality and effectiveness, while the iPad version is like a completely different app, and not in a bad way– not only has it been adapted, but it’s been completely redesigned for tablet, opening up a world of possibilities for touch screen photo editing.

This video stabilization app deserved to be included in Macworld/iWorld’s Best of Show at this year’s expo, standing out for its ease of use, price (free), and for keeping up with trends. Like Hyperlapse, it offers video stabilization to give a steady hand to your shaky videos, and it’s all done behind the scenes, making the app super user-friendly.

FotoSwipe is an app for sharing photos between cell phones in real time. You might be asking yourself what the big deal is; people share photos this way all the time. But it’s not what it does– it’s how it does it. To send photos, you simply put two phones next to each other, and slide the image all the way across to the other screen. Just like that, you can exchange photos between iOS and Android with a simple swipe, a novel function which solidifies this app firmly on our list.

A golden year for photographers and digital filmmakers

In 2015, we except much of the same, with a greater focus on photo storage, sharing, and security.

Check out the rest of our Best apps of 2014 series.