Fortnite Battle Royale is a chaotic fight for survival against up to 100 ruthless opponents. If you hope to survive and achieve the coveted Victory Royale, you need to make sure that you’re better equipped than the competition. With a huge arsenal of weapons to choose from, it can be tough to make split-second decisions about what to take with you and what to leave behind. We’ll do the work so that you don’t have to, with an in-depth examination of each weapon in Fortnite. For this guide, we’ll be looking at shotguns.

One overarching rule to remember when it comes to Fortnite’s weapons: all guns in the game are available in varying levels of rarity, ranked based on a color system. Refer to the list below to see each level, and whenever possible, make sure you go for guns with higher levels of rarity when you find them. 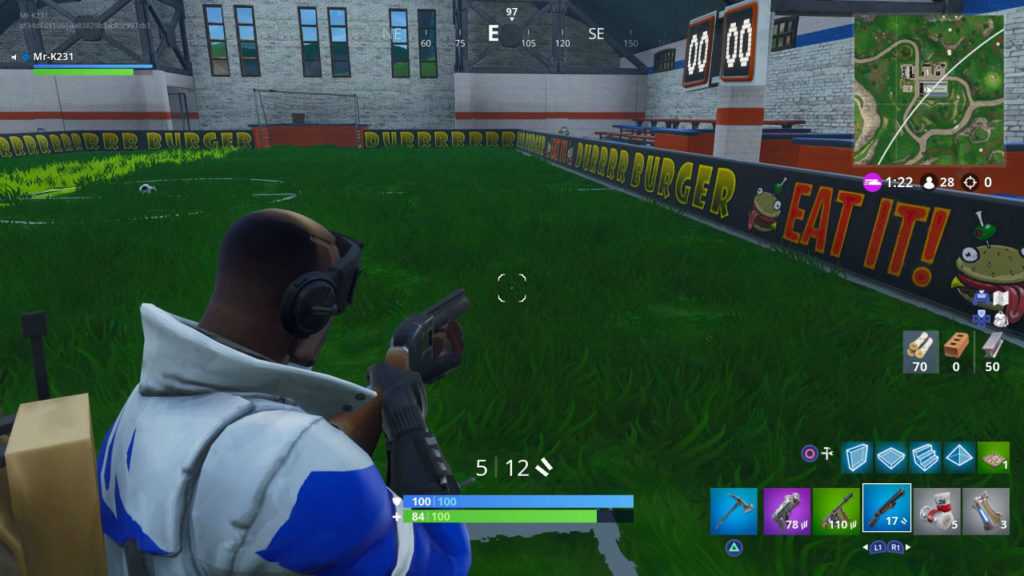 Description: The Pump Shotgun is a gold standard classic that packs a wallop. This shotgun fires one blast of pellets with every trigger pull, and requires users to pump the action to chamber the next shot. Though high damage, the pump action means that things can get dicey if you don’t down your enemies with a single shot.

Go for headshots if possible, or try the double pump strategy: place two pump shotguns side by side in your inventory and rapidly switch to the next gun for a quick follow up shot. This is an easy way to skip that pesky reload, and can easily down an enemy in two blasts. Though the slow rate of fire and reload time are both definite drawbacks, the Pump Shotgun’s superior range and damage can come in definite handy. 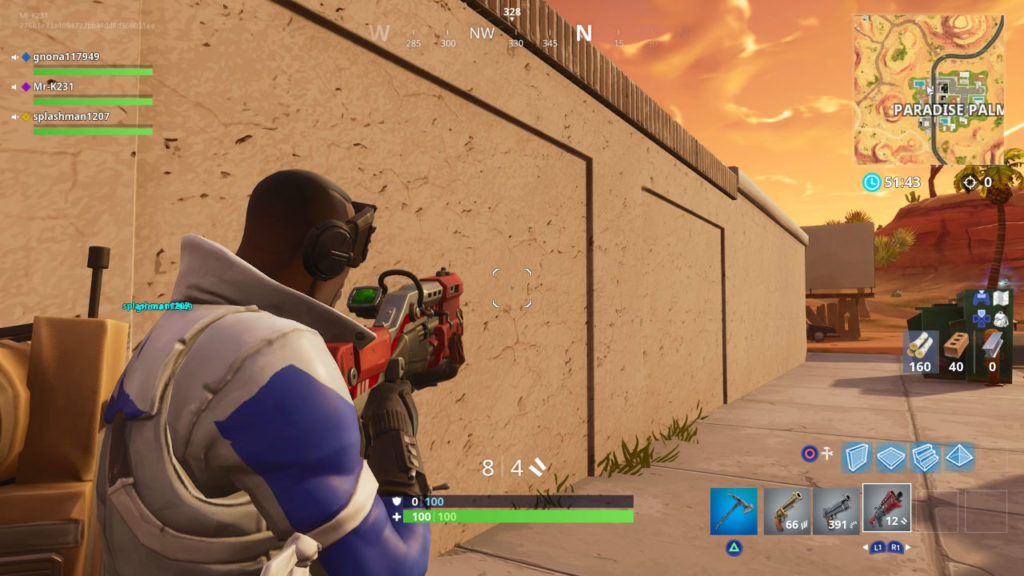 Description: The Tactical Shotgun is a direct upgrade to the Pump Shotgun in pretty much every conceivable way. The first and most apparent upgrade is that the Tactical Shotgun is fully automatic. Though it doesn’t fire quite as fast as an assault rifle, players can hold down the trigger and send a barrage of shotgun blasts flying, ending close encounters quickly and efficiently.

Also of note is the higher magazine capacity and high damage. Though it doesn’t have nearly as much range as the Pump Shotgun, most situations that call for a shotgun tend to get up close and personal anyway. The Tactical Shotgun comes highly recommended and should be a staple weapon for any Fortnite player. 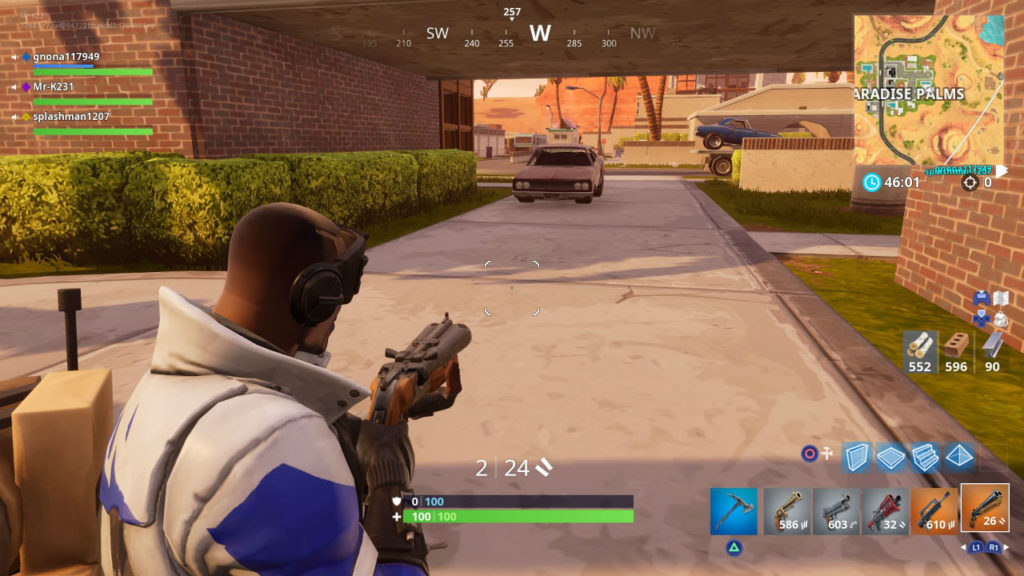 Description: To quote Ash Williams, “This is my boomstick.” The Double-Barrel Shotgun is a recent addition to the game and an absolute beast of a weapon. Though it excels in most areas, one of the Double-Barrel’s most notable drawbacks is the two shot capacity and slow reload time. A blast from both barrels of this shotgun should be more than enough to take down most enemies, but if your opponent stays standing, you could be in trouble. 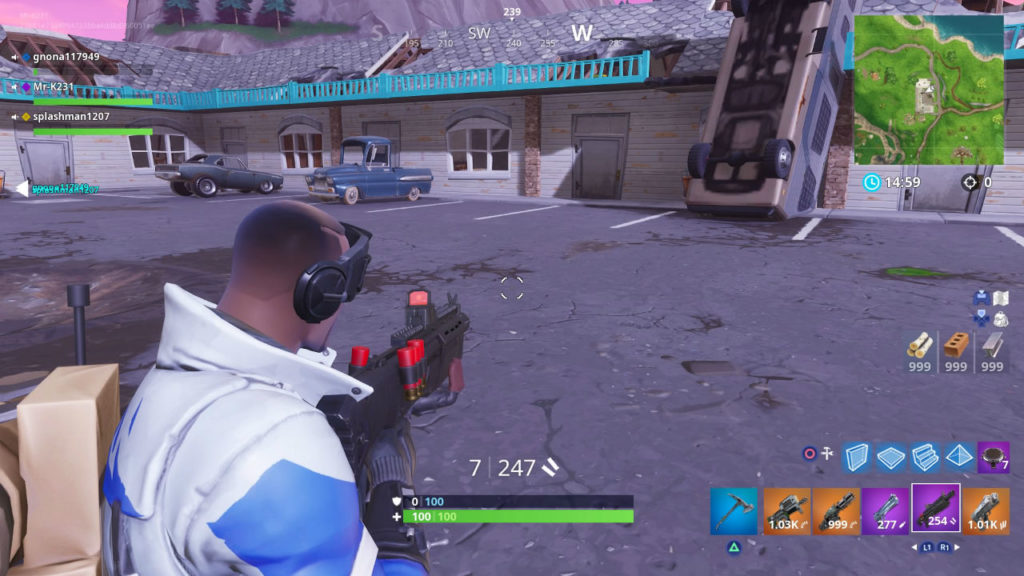 Description: The Heavy Shotgun is a rare weapon, but is the only shotgun you’ll need for most situations. It combines high damage, good range, and large capacity capabilities into a solid, dependable package. The Heavy Shotgun also excels at doing damage to structures, and this combines well with its high capacity. You can blast through an enemy’s fortifications and have enough rounds left in your magazine to take them down as well, all without having to reload. If you can find one, the Heavy Shotgun will be the only shotgun you’ll ever need.

The shotgun is a classic weapon, and mastering them is the key to achieving Victory Royale. A shotgun is an essential part of every player’s arsenal, and we highly recommend having one on hand just in case things get up close and personal.