The fun way to become a better speller!

Ask any English learner who’s just realized that ‘rough’ and ‘gruff’ rhyme but are actually written like words from different planets: English is a hard language to spell. It’s no wonder then that even native speakers need a little help from time to time, and if it’s a little help you’re looking for, then you’ve come to the right place!

The rules of English spelling are so varied that learning them off by heart is a difficult task. Rather than sitting down with the dictionary and a very strong cup of coffee, it might be a good idea to learn while doing something else and there’s no better way than reading. If you’re looking for an occasional alternative to the books, however, you’re in luck, because spelling games are some of the most widely available, both on and off the computer. Watch out for crosswords, word searches and hangman games and play them whenever possible. Even if you find them hard at first, keep trying; they get easier with repetition, especially if you concentrate on just one, such as doing the crossword in a particular newspaper every day.

When you’re surfing the web, make sure you have a spell-check/dictionary add-on so that you can learn as you browse. DictionarySearch is one that you can customize with whatever online dictionaries you like best, while Firefox Add-Ons have a selection of spellcheckers that will check text while you write. Don’t get too dependent on spellcheckers though, because although they will catch any incorrect spellings, they won’t realize when you have used the wrong word in a sentence or accidentally crossed paths with a homophone (words that sound the same but are spelled differently, like here and hear). 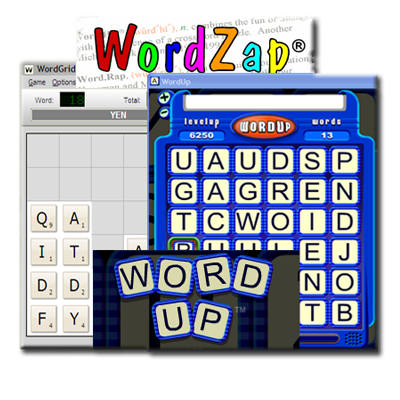 There area also plenty of games that will make the task more fun. It has to be said that as a category, spelling programs are not the slickest in cyberspace, but that doesn’t mean they won’t keep you entertained. If you think that that traditional is best, there are plenty of crosswords and word searches out there. There are also lots of games that manage to combine spelling with a variety of other methods to keep you busy. One of my favorites is Find A Word, while Speak N Spell is also a bit of fun. If you’re looking for something more flashy, you could take a look at WordGrid, Letter Rack 3D or Word Up, but bear in mind that some of the more colorful games are clearly aimed at children. This doesn’t really matter for practice, but after a while you might find yourself wishing uncharitable thoughts towards the singing worms and dancing books they usually contain!