With the first iPad controller approved by Apple, gaming takes a quantum leap. Will the iPad take the place of Playstation and the Xbox? For now, maybe not, but it’s certainly on the right track, especially now that Apple officially supports, for the first time, a wireless controller for iOS 7: The SteelSeries Stratus Wireless Gaming Controller.

This joypad solves the only real problem I had with video games for iOS devices: the difficulty of using virtual controls, especially in traditional games, such as FPS, sports games, racing car games, flight simulators and RPGs. 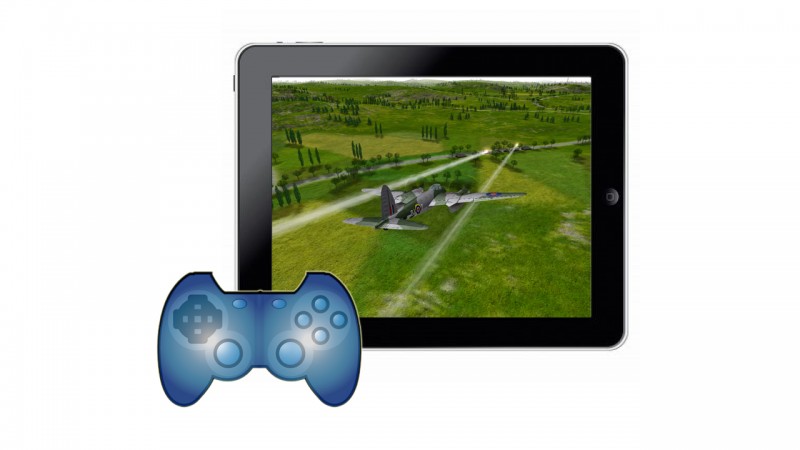 Bridging this gap that they faced against traditional consoles, and considering the quality of the connection to the TV via HDMI cable, the Apple tablet has therefore officially become an ultraportable video game console.

There aren’t yet a huge number of compatible titles, but you can bet that we’ll soon be inundated. The world of gaming, in fact, is a juicy slice of the market, and now that the “infrastructure” to make the iPad a console is in place, we can expect a beautiful revolution.

To begin with, here are 5 games that already support the SteelSeries controller, and will change your approach to videogames on a tablet.

Temple Run – Running takes a lot of energy, but gives a lot of satisfaction too. And when it comes to Temple Run, with a physical controller the energy you need to use is halved and satisfaction is doubled. The aim of the game is speeding through a world that looks like a movie, collecting treasures and power-ups and avoiding obstacles.

A game that leaves you breathless, especially when viewed in HD on your TV at home.

AirAttack HD – You’re in trouble. Enemy planes are everywhere. But with your biplane you show them who’s boss! The setting of AirAttack HD is full of details, not to mention stellar gameplay. Using the physical controller, it really seems like you’re in a games room.

There are as many as 64 different types of enemies (and some are quite big!), as well as 10 missions, special weapons, two game modes and a soundtrack from an American blockbuster.

Phoenix HD – A Modern Arcade Shmup – 60 frames per second of pure action, pyrotechnics, explosions, and blinding enemies are always going to be different. A vertical scrolling arcade on the screen of the iPad is a rare visual experience – one that’s all-encompassing.

The meeting of a concept from the 80s with the technology of the third millennium really does leave you speechless. A game that can entertain you for hours, becomes simply indispensable with a physical controller. Works on in-app purchases.

The graphics are Commodore 64-style and are combined with high-definition in a match that wins over the casual gamer as much as the astute player. If you like a challenge then this is the game for you.

Rush City – An alien in New York. Green. Runs on the roofs of skyscrapers. Hunted. A rocky platform game, without compromise and without a moment’s respite. All of that, on your home TV, becomes almost a movie. And with the joypad you relive the golden era of 90s gaming platforms. Can you escape the helicopter? Let’s see!

The SteelSeries controller is a great new way to experience iPad gaming, but we all know the iPad isn’t just for games.

If you want even more things you can do with your iPad, check out these 5 excellent apps.