This has been an atypical and rather chaotic summer due to the global COVID-19 pandemic. Under normal circumstances, we would be packing our suitcases and enjoying some well-deserved days of rest and relaxation all over the world. However, due to new outbreaks and fears about infection, most of us have decided to stay home with limited opportunities to go out and have a good time. You may not be able to travel, but that doesn’t mean your “staycation” has to be boring. Fortunately, there are always video games to keep you entertained!

The first half of 2020 didn’t bring as many new releases as we would have liked (there were many delays and postponements), but it did see the launch of a nice selection of video games that are perfect for your “virtual vacation.” While some are only good for a few hours of entertainment, others are so juicy that you could lose yourself in them for days on end. So why not make it your goal to finish them and enjoy a fun-filled vacation?

In today’s article, we have a roundup of the longest video games to be released in the first half of 2020. We hope you find it helpful!

Animal Crossing: New Horizons couldn’t have arrived at a better time. This new release from Nintendo’s well-known franchise hit the stores just as confinement was announced, and for many, it has been the only escape during some challenging months. If you haven’t played it yet, what are you waiting for?

Instead of a house, in this new Animal Crossing edition for Nintendo Switch, you’ll become the owner of a beautiful desert island. Of course, you’ll receive it courtesy of the ultimate video-game cheapskate, Tom Nook, so as you can imagine, you’ll be up to your eyeballs in debt to the charismatic raccoon. Unlike in the other editions, you’ll be able to shape the island environment to your liking, creating a true paradise made to measure.

As you improve the island, new shops and locals will become your neighbors and, as usual, friends from all over the world can visit you in multiplayer mode. Animal Crossing: New Horizons could be described as an endless game, so it’s a great choice if you want a sun-and-beach vacation (albeit a virtual one). 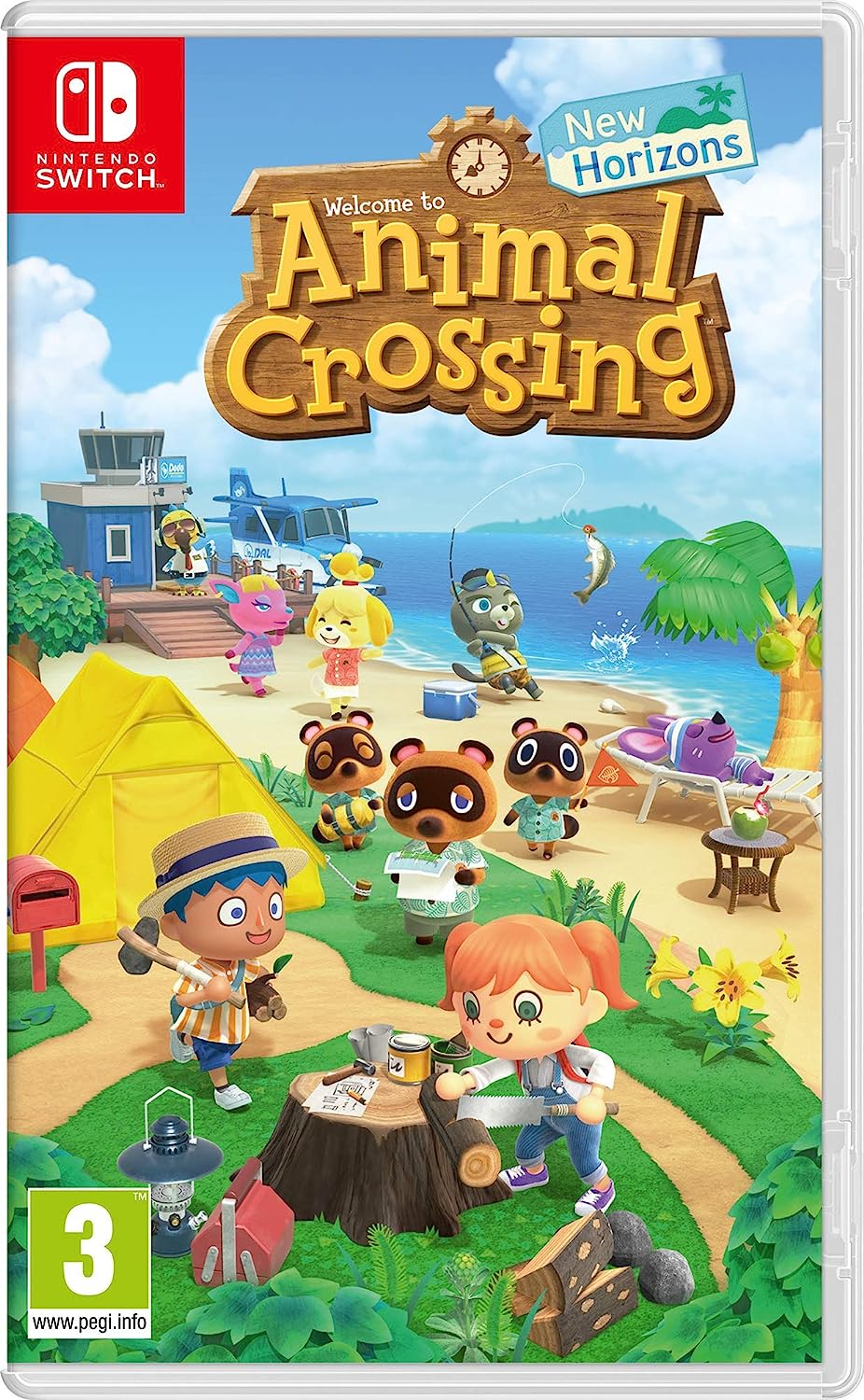 If you like farm simulators, you’re probably well-acquainted with the popular Harvest Moon franchise. After Marvelous Entertainment’s separation from Natsume, Harvest Moon changed its name to Story of Seasons, and following several releases for Nintendo 3DS and Nintendo Switch, it has become a favorite of fans of the genre. The latest edition, Friends of Mineral Town, is a gift to all franchise devotees, as it revives the emblematic Game Boy Advance title.

Like any good farm and life simulator, Story of Seasons: Friends of Mineral Town can be considered an endless game. You can do whatever you want, from planting a pineapple orchard and letting your pink cows graze in the pasture to taking a walk with your best friend, getting married and having children. We highly recommend it to anyone who’s looking for a quiet game that, unlike Animal Crossing, is not linked to the console’s internal clock. 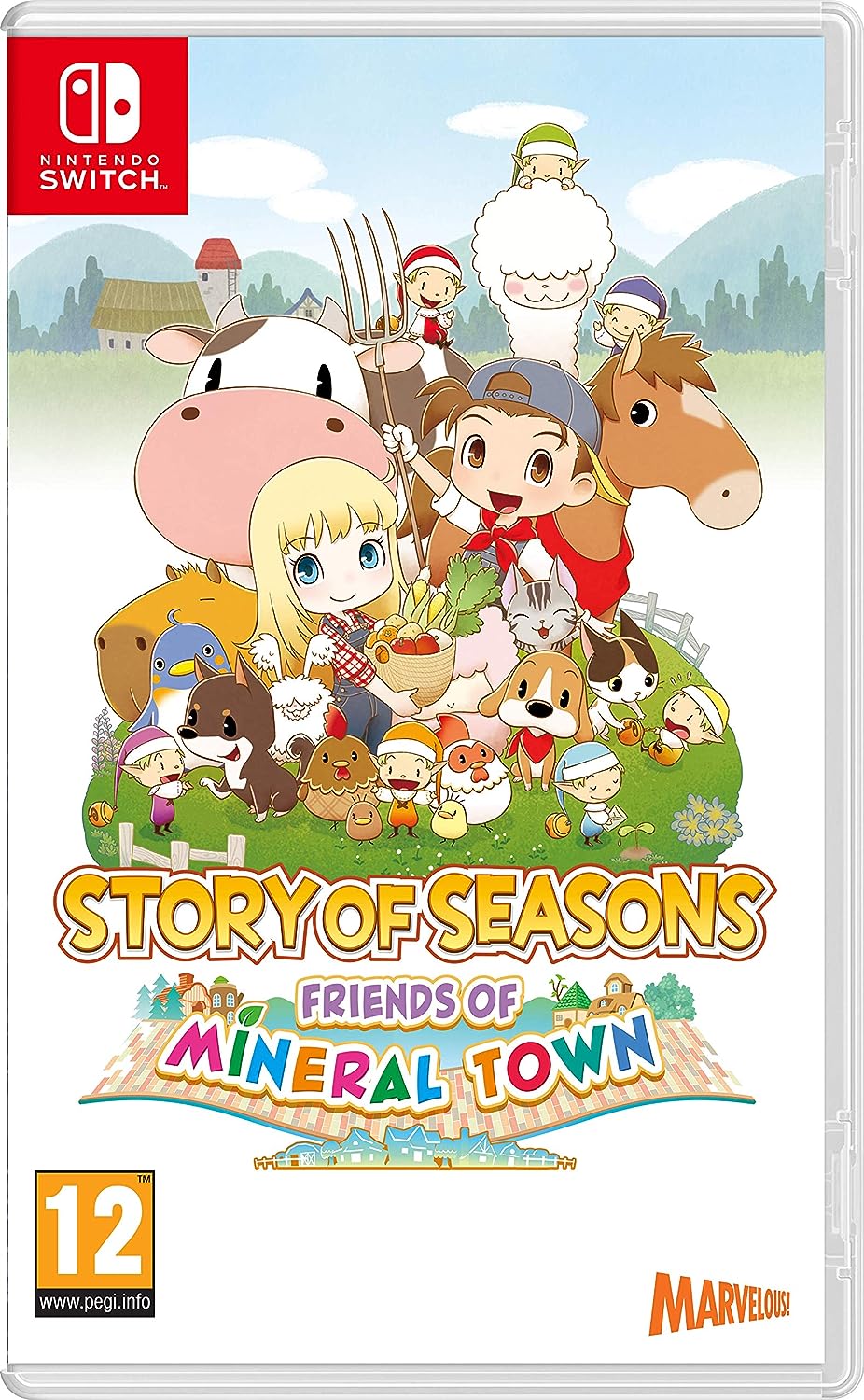 Although it has been on PS4 since last November, Hideo Kojima’s controversial title reached PC in mid-2020, and it’s definitely one of the longest games you should play this summer. In it you’ll become Sam Porter Bridges, a delivery man in a world on the brink of extinction. His mission will take him from coast to coast of the United States as he attempts to prevent the human race from disappearing.

If you know the game and followed its release, you may wonder if Death Stranding is really worth it. The answer is a categorical yes. This title has a superb storyline, stunning graphics, and gameplay that’s both relaxing and challenging. The characters and complex plot will hook you in a heartbeat, and we promise it won’t ever disappoint you. But keep in mind that although it’s a Kojima game, it’s not another Metal Gear.

Dealing with profound issues such as family, death, fatherhood, and the destructiveness of social media, Death Stranding is a title whose story and gameplay leave nobody indifferent. You’ll either love it or hate it. We love it! Do you?

Team Ninja is back with the sequel (or should we call it a prequel?) to its acclaimed role-playing action title Nioh. In it you’ll play Hide, a warrior whose Yokai blood gives him the ability to absorb the powers of Japanese spirits. Set during the Sengoku period, Nioh 2 serves as the starting point for the first game, showing us the events that occurred before we meet Edward for the first time in jail.

As fun and challenging as the first game, Nioh 2 has interesting improvements that will dazzle the most demanding gamers. First of all, you can create your own character and thus choose the aspect you like the most. In addition, due to his Yokai blood, Hide can absorb the powers of other spirits thanks to their soul cores. That’s why gameplay is much more challenging than in the first title, because knowing how to absorb the skills of certain Yokai and master them will be key to finishing your adventure.

Already a long game (about 100-120 hours for veterans of the first Nioh and about 150 if you’re new to the franchise), Nioh 2 has a new mode that makes it exponentially harder and changes the location of all its enemies. If you like very difficult games set in feudal Japan, don’t miss your chance to get your hands on it. 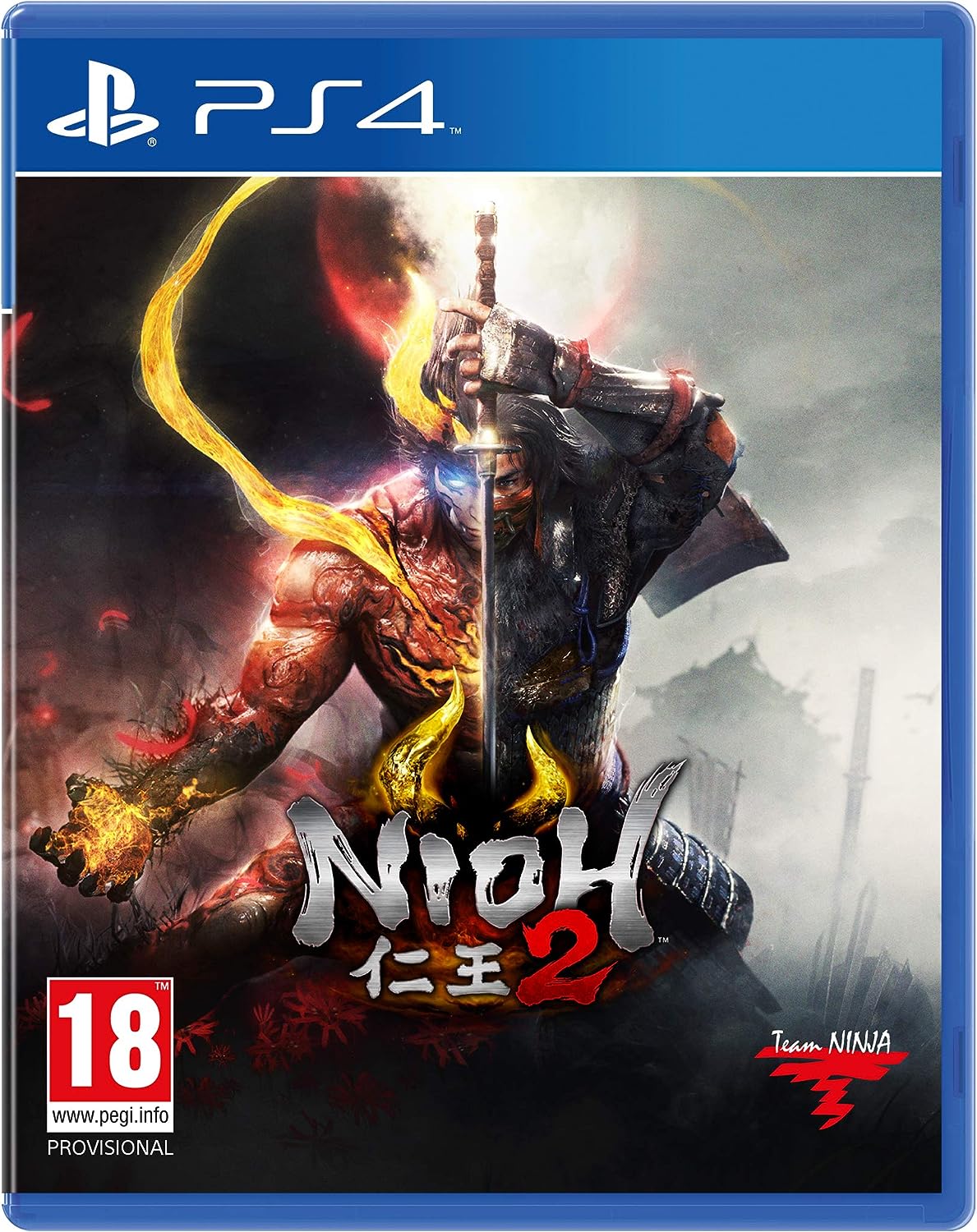 The studio behind the Infamous series, Sucker Punch, presents Ghost of Tsushima, an epic open-world adventure set in feudal Japan. In Ghost of Tsushima, you’ll play Sakai Jin, a samurai who loses all his companions while trying to protect his native island from an attack by the Mongols. During a fierce battle, Jin is taken for dead and his uncle becomes a prisoner of the Mongol leader Khotun Khan. It is then that the samurai decides to travel around the island in search of help and rescue his family from a certain death.

Beautiful, fun and highly varied, Ghost of Tsushima will delight fans of Japanese culture and gamers alike. This title features large, vibrant, colorful settings to explore, hundreds of side quests, and a story that hooks you from the get-go. To top it all off, its katana combat system is challenging and beautiful, even earning the seal of approval of samurai historians across Japan.

If you’re looking for a good open-world adventure title loaded with action, missions, and a vast map to explore, we recommend checking out this game. You can finish it in about 60 hours (with secondary missions included), although if you like challenges, you have the option of playing in the classic New Game + mode. Don’t miss it, it’s worth your while! 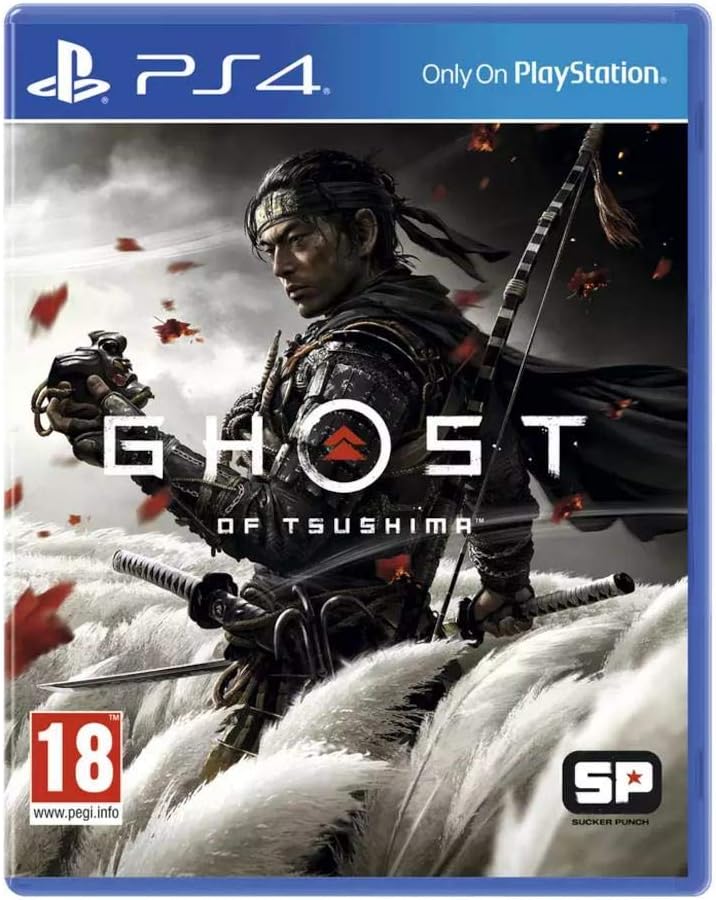 Our final pick is the updated and extended version of one of the most acclaimed JRPGs of recent times, Persona 5. Whether you have played the original or have yet to try this little gem, Persona 5 Royal is truly worth your while. In it you’ll play Joker, a young student who, by a twist of fate, discovers that he is capable of entering parallel worlds created by the human mind called Palacios. From them, he has the power to change people’s minds, which he uses to catch criminals and solve injustices and dangerous situations. Together with his group of friends, the Phantom Thieves, Joker and company will begin their adventures with the aim of saving their compatriots from danger.

As we mentioned, Persona 5 Royal is the extended and improved version of this already lengthy game. You’ll have new activities, three new characters (including a new member of the Phantom Thieves), a new Palace to explore, a new semester full of adventures, and even the possibility of seeing Morgana transformed into a human.

If you like JRPGs and are looking for the perfect game from the technical and plot perspective, don’t hesitate to give Persona 5 Royal a try. We promise you’ll love it! 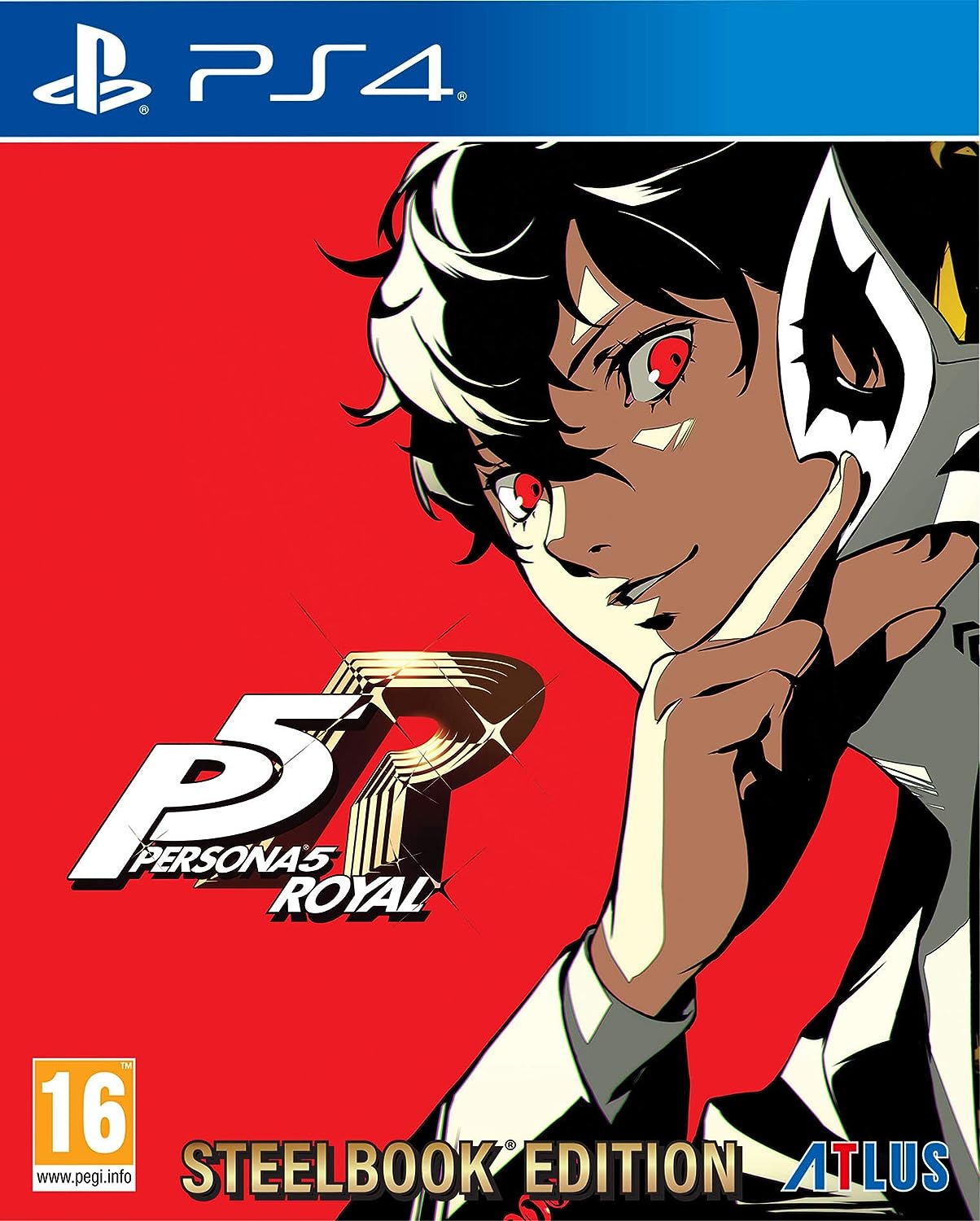 We hope you have enjoyed our roundup of the best games for hours of fun this summer. What are you playing these days? Tell us about it in the comments section!