Crowdfunding, and even more notably Kickstarter, seems to be dominating game development at the moment. And, with bigger titles like Psychonauts 2 and Shenmue 3 both looking for outside support from fans to justify development, it doesn’t look like this is going to change any time soon.

The only problem is, once you put down your money you expect the developers to deliver – which is where the problems start. Star Citizen and Mighty No. 9, I am looking at you. 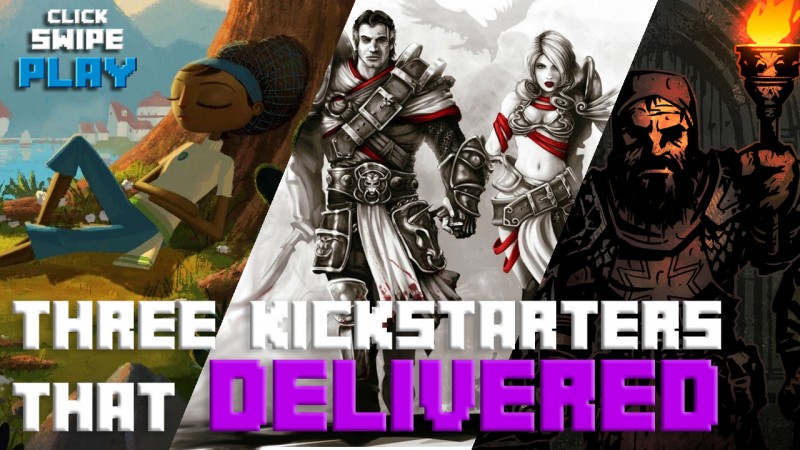 But Kickstarter has delivered us some fantastic games – even it they were late – and here are three of the most notable.

You can’t have any conversation about gaming and Kickstarter without mentioning Double Fine Productions’s Broken Age. Back in February 2012, this point-and-click adventure – at the time known as Double Fine Adventure – put crowdfunding on the map. Starting with a modest goal of $400,000 to cover a simple adventure game and documentary of its creation, everyone was stunned when its popularity exploded.

87,000 backers pledged nearly three and a half million dollars, massively expanding the game’s scope. The projects new scale saw improved visuals, voice acting from stars like Elijah Wood, and a delay of nearly three years on the original release date. That last one was a negative. Luckily the documentary at least meant that the company was transparent throughout the delays, so fans at knew the game was still incoming.

The lesson: your game can be three years late if it’s great.

Divinity: Original Sin took a different approach to its Kickstarter. This classic D&D RPG was basically finished when it started its campaign. The extra money was requested to help the developer, Larian Studios, deliver a more polished experience. It was clearly a request that resonated with fans, with the goal of $400,000 quickly being smashed on route to its finally funding amount of $944,282.

The extra funding allowed Larian Studios to add a new area, character personality traits, orchestral music, and other enhancements. Though the release date ended up slipping by seven months, the final game was amazing. Divinity: Original Sin ended up netting numerous awards back in 2014 – including Gamespot’s PC game of the year.

Its success has also resulted in the release of an Enhanced Edition with more voice work, controller support, and a new combat systems. This version also came to console.

The last game on our list has actually just had its full release, Darkest Dungeon. Starting with a modest goal of $75,000, the scope of this dungeon crawling RPG was far more focused. But its niche appeal did not stop it smashing its initial hopes and raising a rather tasty $315,000.

It was a great amount but, importantly, not enough for the project to expand beyond its original ambitions. This meant that fan expectation did not get out of hand, and the developers at Red Hook Studios were able to deliver on their original, tightly designed, vision. This featured great turn-based gameplay, but what really made it stand out was its psychological elements. These saw your adventures slowly cracking under the pressure of their questing, and the last thing you want is a Crusader with PTSD.

This was all brilliantly shown off by the Darkest Dungeon’s stunning illustrative style, that showed off all of its universes bizarre characters and monsters.

And there you have it, three incredible game that used Kickstarter to amazing effect. But I am sure there are some I missed, so if you think there are any crowdfunded games that I should play let me know in the comments.

See you next week!

Bear witness to this incredible game – The Witness review

A HomePod arrives earlier than expected to a customer