iPhone: Canabalt has been a huge viral hit online – one of the most addictive games of 2009. Now the developer has made it available for your iPhone, for a small charge so you can get your Canabalt hit on the go too! You control a character who is running, ever faster, away from… something. When you start, you’re told to make your escape, and from the moment the runner flies through the first window and hits the ground running, you’ll be hooked.

Windows: Whether you need to take multiple screenshots every day or just the odd screen capture from time to time, Screenpresso is a great choice. This fully featured screen capturing tool lets you take screenshots in several ways, keeps track of all captured images and includes a built-in editor with nice image effects.

Mac: One really annoying aspect of removing applications from your Mac is that they frequently leave behind folders, preference files and other things that waste hard drive space and generally clutter your system. With AppZapper, you can drag and drop programs into the main interface to remove them properly. When you drag and drop the files, AppZapper lists the associated files that you might want to delete with it. 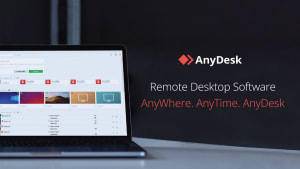 Connect to Any Remote Desktop with AnyDesk