There are so many video formats out there that it’s inevitable that one day, you’ll end up stuck with a video file in a format that either won’t play or that you can’t work with. There’s no need to give up though because there are several free and easy solutions on Mac that will convert video into the format of your choice for free.

MPEG Streamclip This is my converter of choice and it has never let me down. It’s hard to believe that MPEG Streamclip is free to use, such is its power and range. It can convert just about anything from DV to AIFF and it even handles audio too. There are a lot of preferences for professionals but its straightforward enough for beginners to use too. I find it invaluable when needing to convert footage for editing. 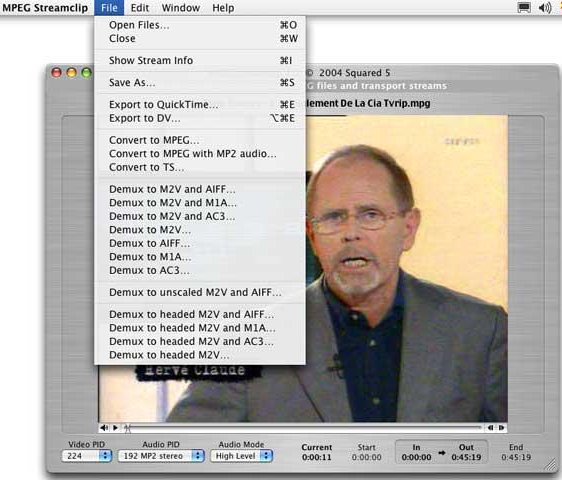 HandBrake This is ideal for ripping and converting DVDs although it only outputs in MP4 and MKV format. HandBrake gives you control over which DVD chapters you want to rip, whether you want to keep subtitles and it even allows you preview video before you start it. Oh, ad it also supports audio AAC, CoreAudio (OS X Only), MP3, Vorbis, AC-3 pass-through and DTS pass-thorugh (MKV only). 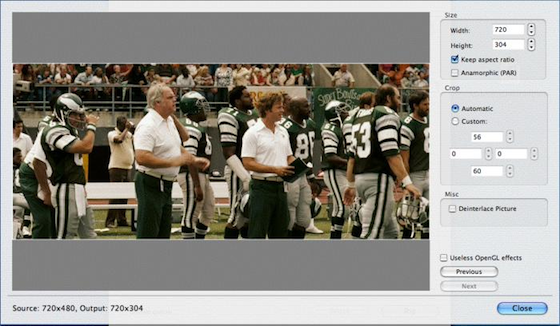 ffmpegx If drag and drop is your thing, then ffmpegx is for you. Unlike MPEG Streamclip and HandBrake, ffmpegx doesn’t allow you to see or preview video but it does support simple dragging and dropping of files into the interface for conversion. It couldn’t be much easier. It is however very complicated if you beyond that and only experts will need many of the preferences it allows you to configure. 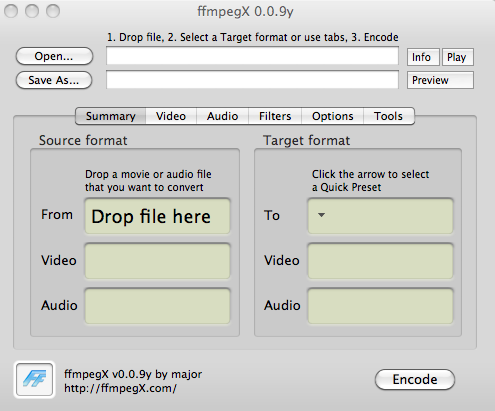 iSquint Converting files for iPods is one of the most common reasons people need a video conversion tool. Few do it quicker or better than iSquint. iSquint also supports drag and drop and you might even find it can handle files that none of the above have been able to convert as it does seem to convert absolutely everything. The only downside is that for now, the developer has suspended support for it (not that you’ll probably need any). 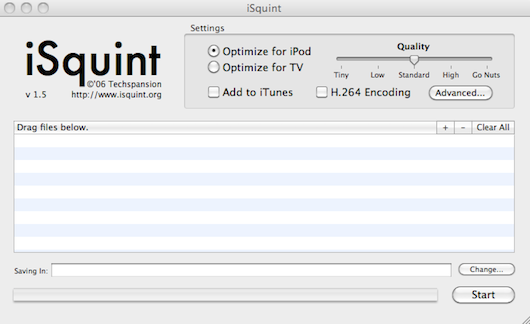 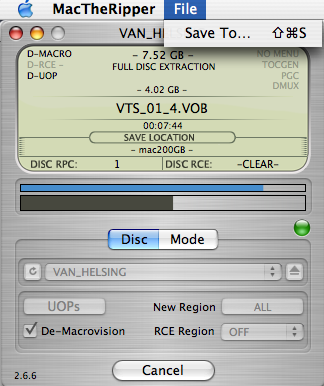